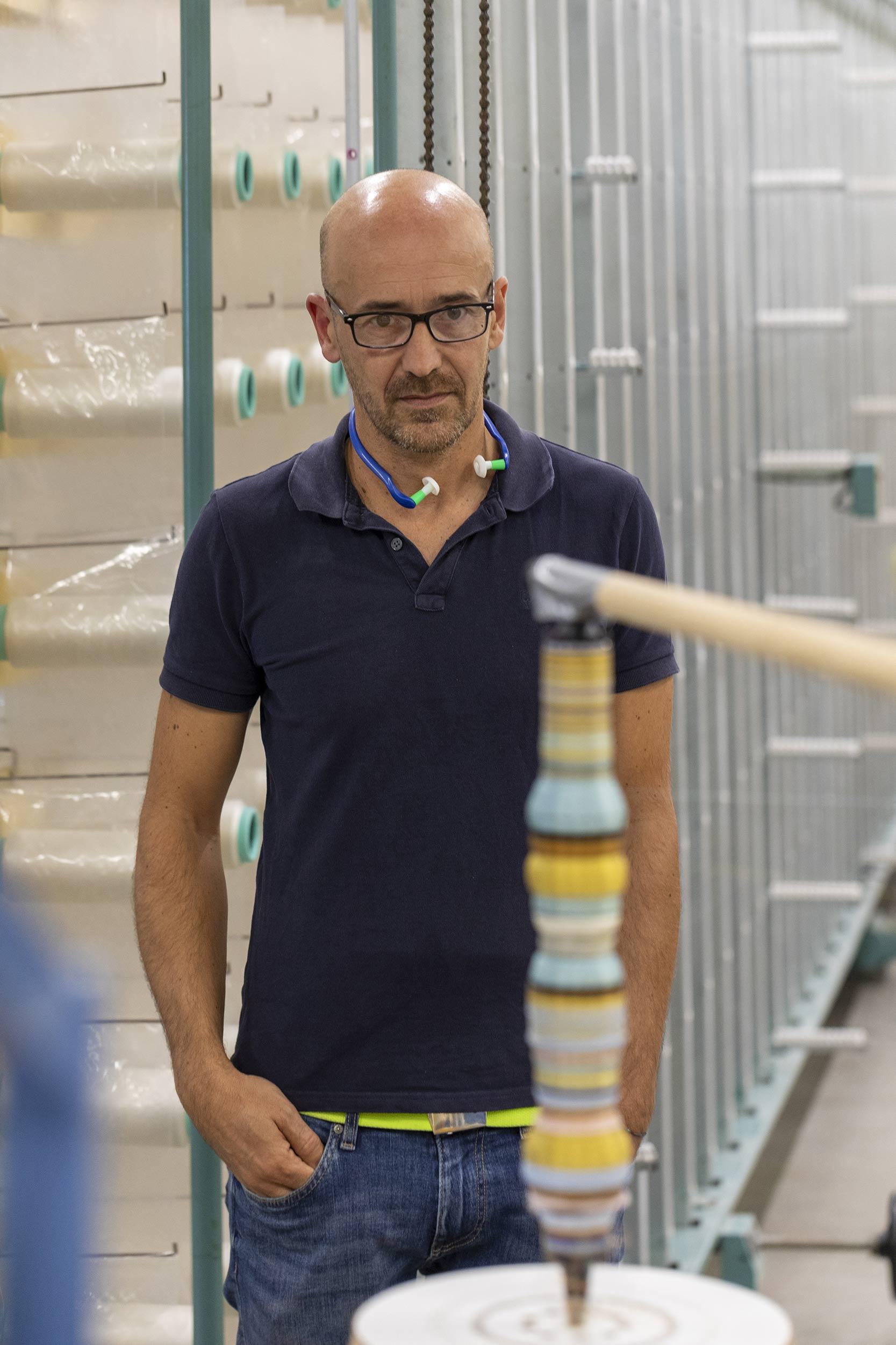 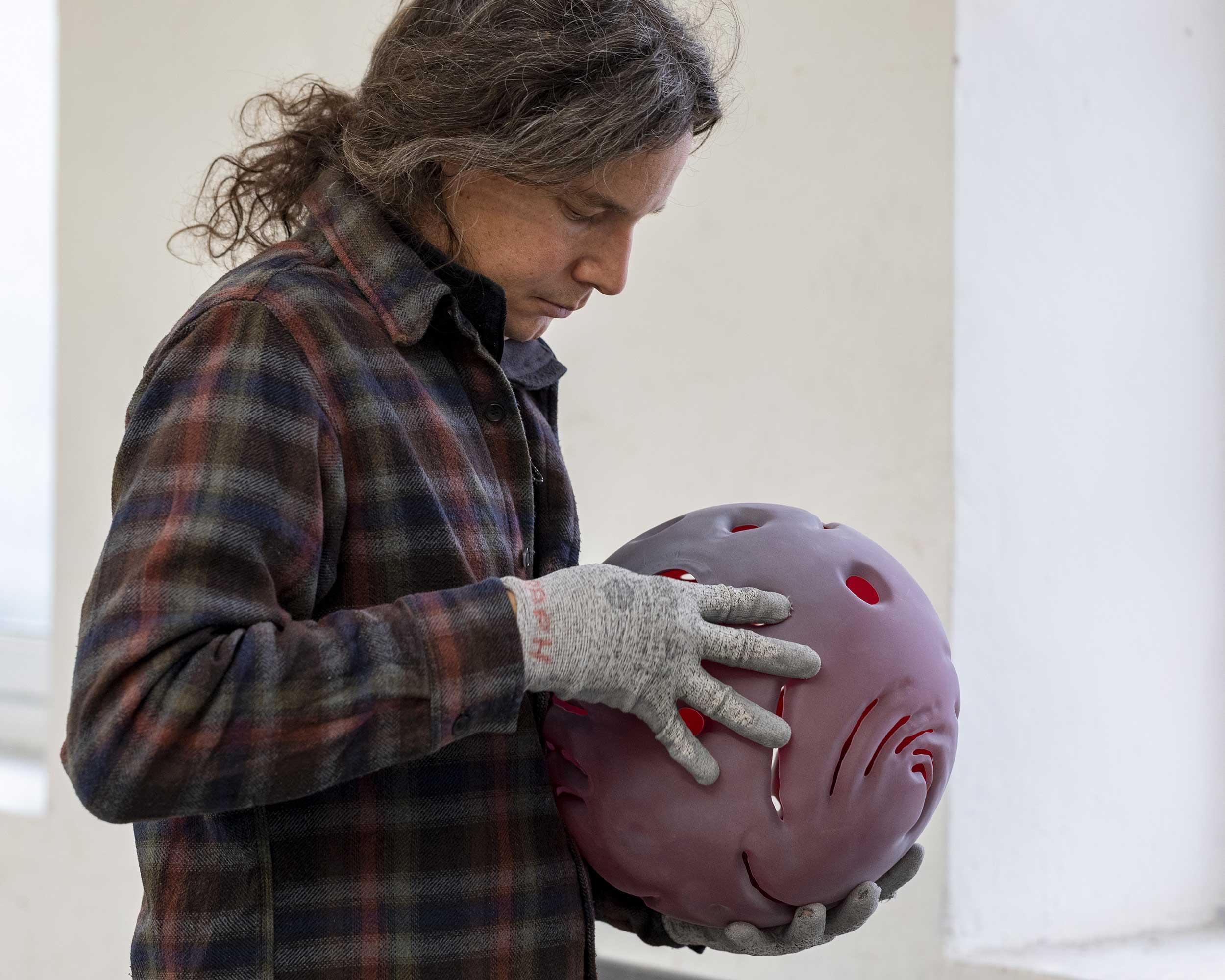 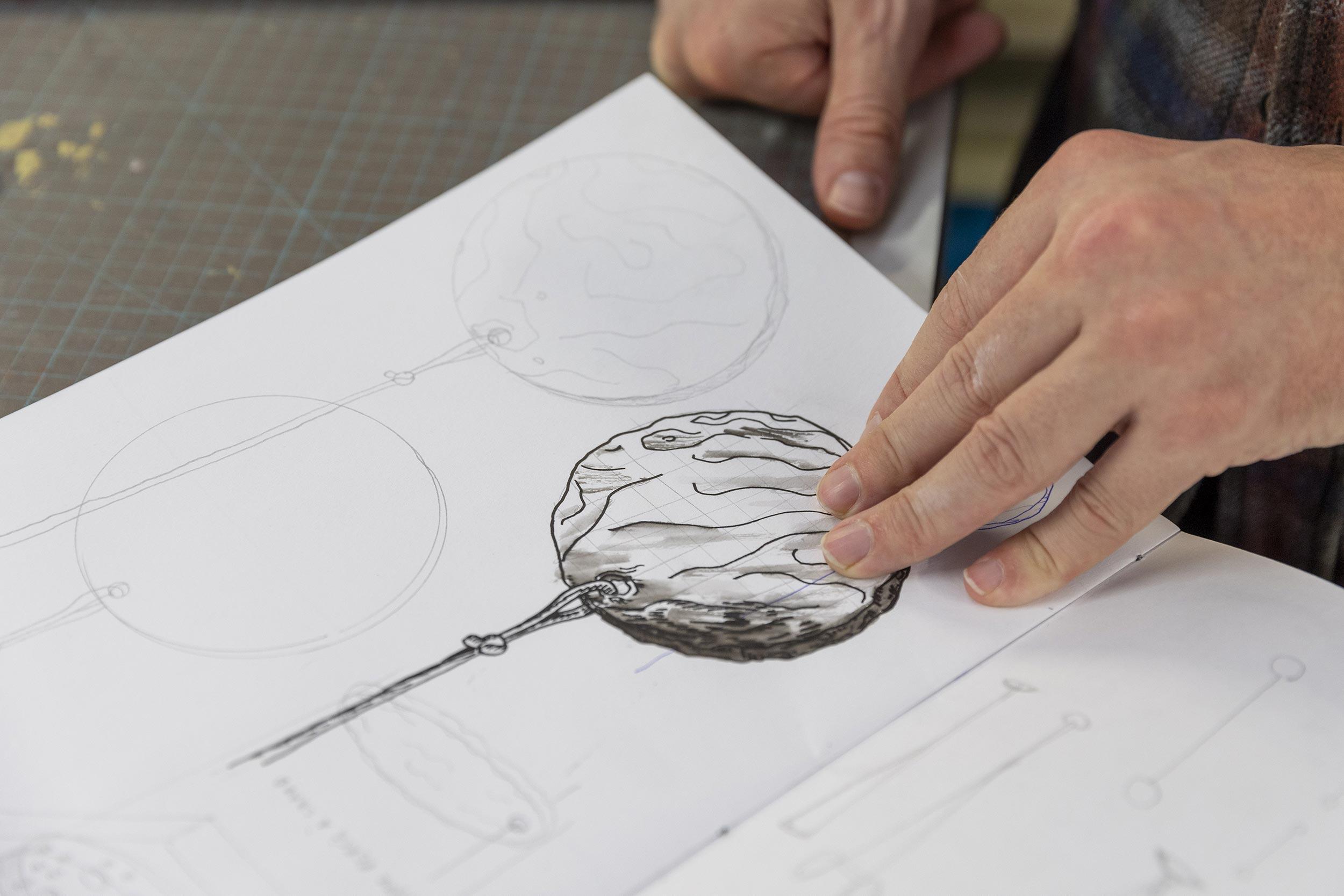 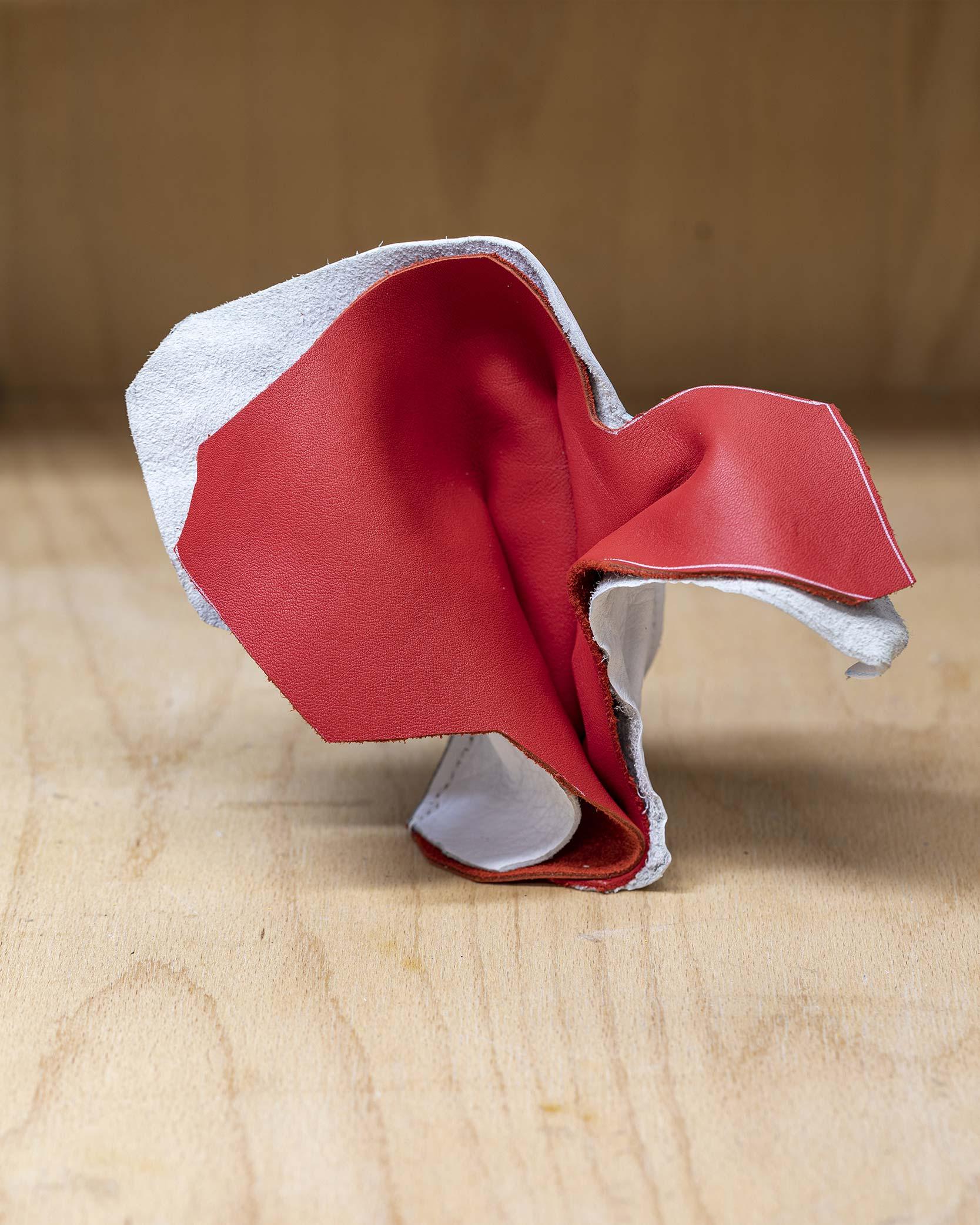 Yuhsin U Chang © Tadzio
In 2019, three new artists take up residency in Hermès workshops as part of the Artists’ Residencies programme of the Fondation d’entreprise Hermès. Yuhsin U Chang explores leatherwork at the Manufacture de Haute-Maroquinerie, Guillaume Dénervaud discovers the properties and craft of crystal at Saint-Louis, while Guillaume Poulain ventures into the world of silk at Holding Textile Hermès. With the help and expertise of the workshops’ craftspeople, each artist is given the freedom to create works of art within these unique settings.

The Residencies programme, which was launched in 2010, returns for a new session of its third cycle in 2019. As was the case last year, artists Michel Blazy, Isabelle Cornaro and Françoise Pétrovitch are mentoring the three artists to help steer them through the multitude of creative possibilities.

Yuhsin U Chang (b. Taiwan, 1980) explores the forms and poetics of the living through raw materials (dust, wool, linen, wood…) shaped into a sculptural language. At the Haute-Maroquinerie she brings a similar approach to bear upon leather, fascinated by this material’s transformative journey in the hands of the workshop’s artisans. How is soft leather made rigid? What skills and what gestures are necessary to work it into these different forms? Folding, shining, smoothing, polishing: under the guidance of her mentor, Michel Blazy, Chang appropriates a range of craft techniques and applies them to large pieces of leather, the size of a half-skin, so that they stand upright without any supporting structures. Numbering six in all, and drawing on both the animal and plant worlds, these mysterious leather creatures together form a motionless herd.

Under the mentorship of Isabelle Cornaro, Guillaume Dénervaud (b. Switzerland, 1987) sets drawing to one side to immerse himself in the age-old skills associated with crystal and create a constellation of twenty suspended red crystal spheres. Dénervaud envisions this science-fiction-inflected installation as a red alert denouncing the impact of human activity on our planet. After glassblowing, the spheres were cut and grooved, then sandblasted to lend them a damaged, worn or even eaten-away appearance, recalling that of archaeological remains. The use of sandblasting further allows Dénervaud to create patterns by drawing upon his skill as a draftsman, whilst underscoring the elemental composition of crystal, which would not exist without sand. Intentionally imperfect, these forms take on an ambiguous appearance, suggesting enlarged cells, miniature planets, or even vestigial forms left over from an era bent on its own destruction.

At Holding Textile Hermès, Guillaume Poulain (b. France, 1972) is mentored by Françoise Pétrovitch. An artist who liberally employs misuse and unexpected shifts in scale to confer an impressive power upon his installations, Poulain undertook multiple experiments over the course of his residency in order to bring a number of projects to fruition. Eager to get to grips with the techniques of weaving alongside the Holding’s craftspeople, he created several fabric pieces that revisit tea towels, sheets and football scarves and were conceived to constitute a hybrid collection of the artist's experiences. Elsewhere, he wound silk threads around various objects that he encountered in his workday. Carefully swaddled in this fine and brightly coloured material, trivial objects open themselves up to new forms of contemplation.

France
In 2019, Yuhsin U Chang, Guillaume Dénervaud and Guillaume Poulain take up residency in Hermès workshops
With the help and expertise of the workshops’ craftspeople, each artist is given the freedom to create works of art within these unique settings
The Residencies programme, which was launched in 2010, returns for a new session of its third cycle in 2019