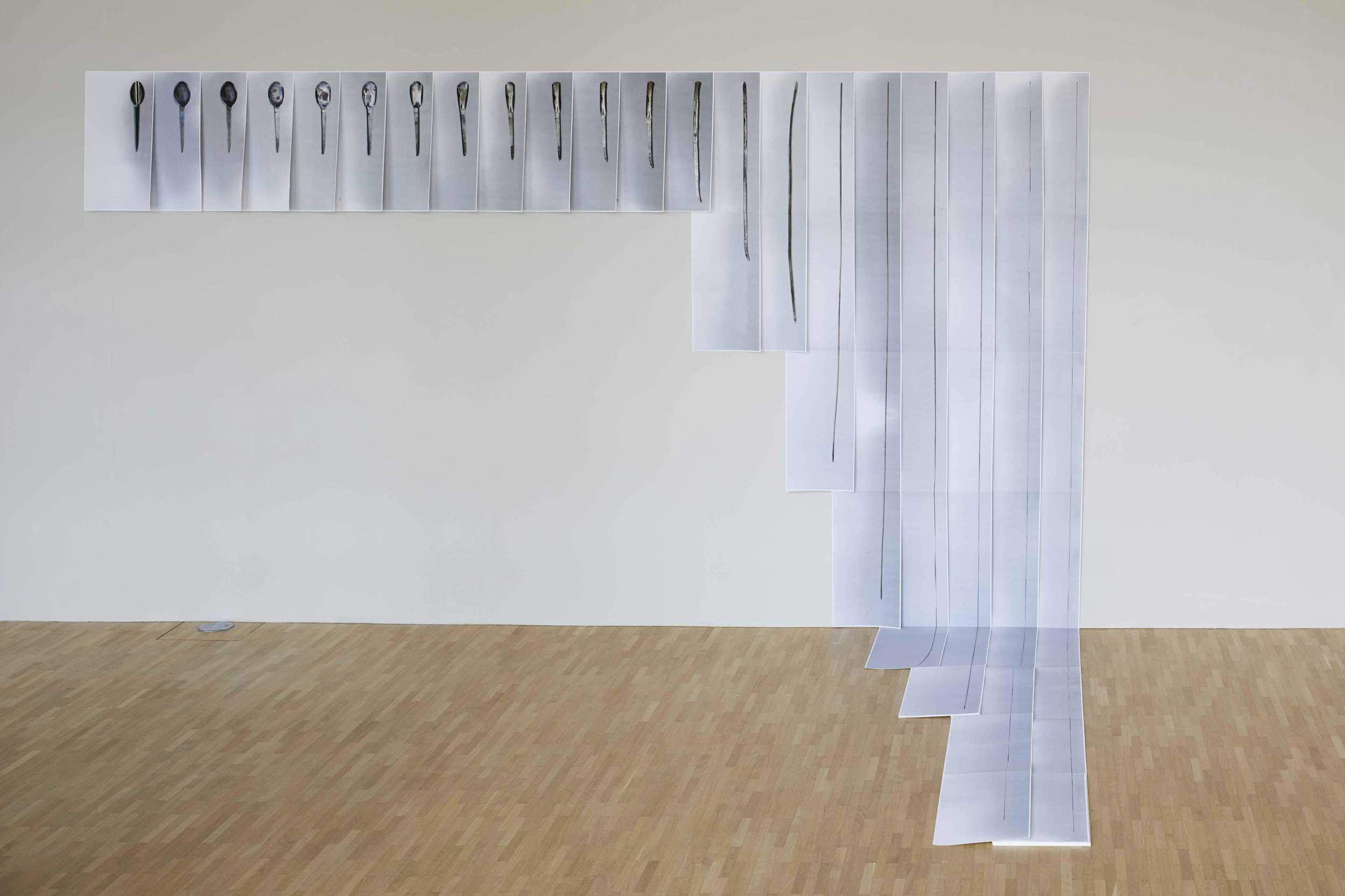 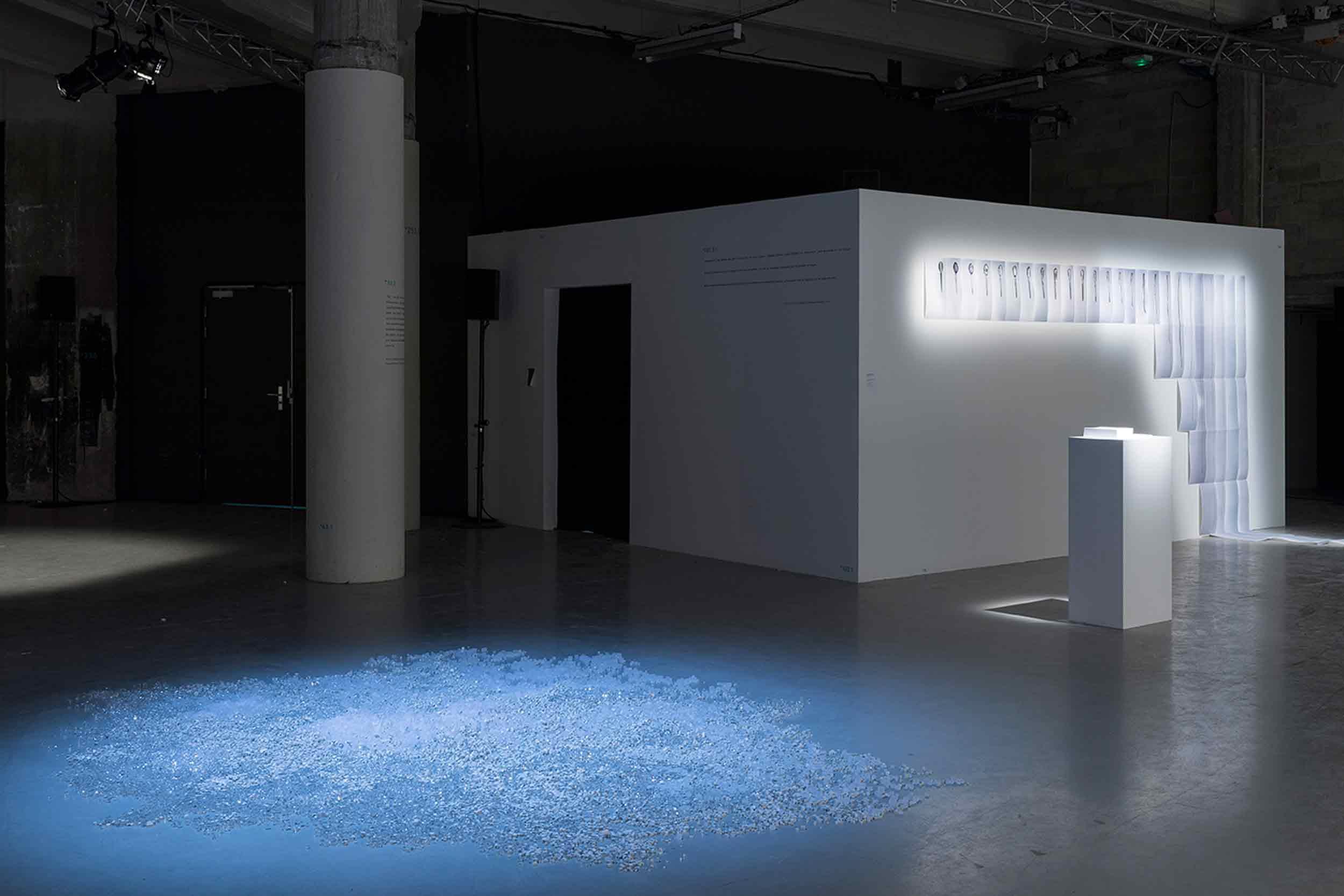 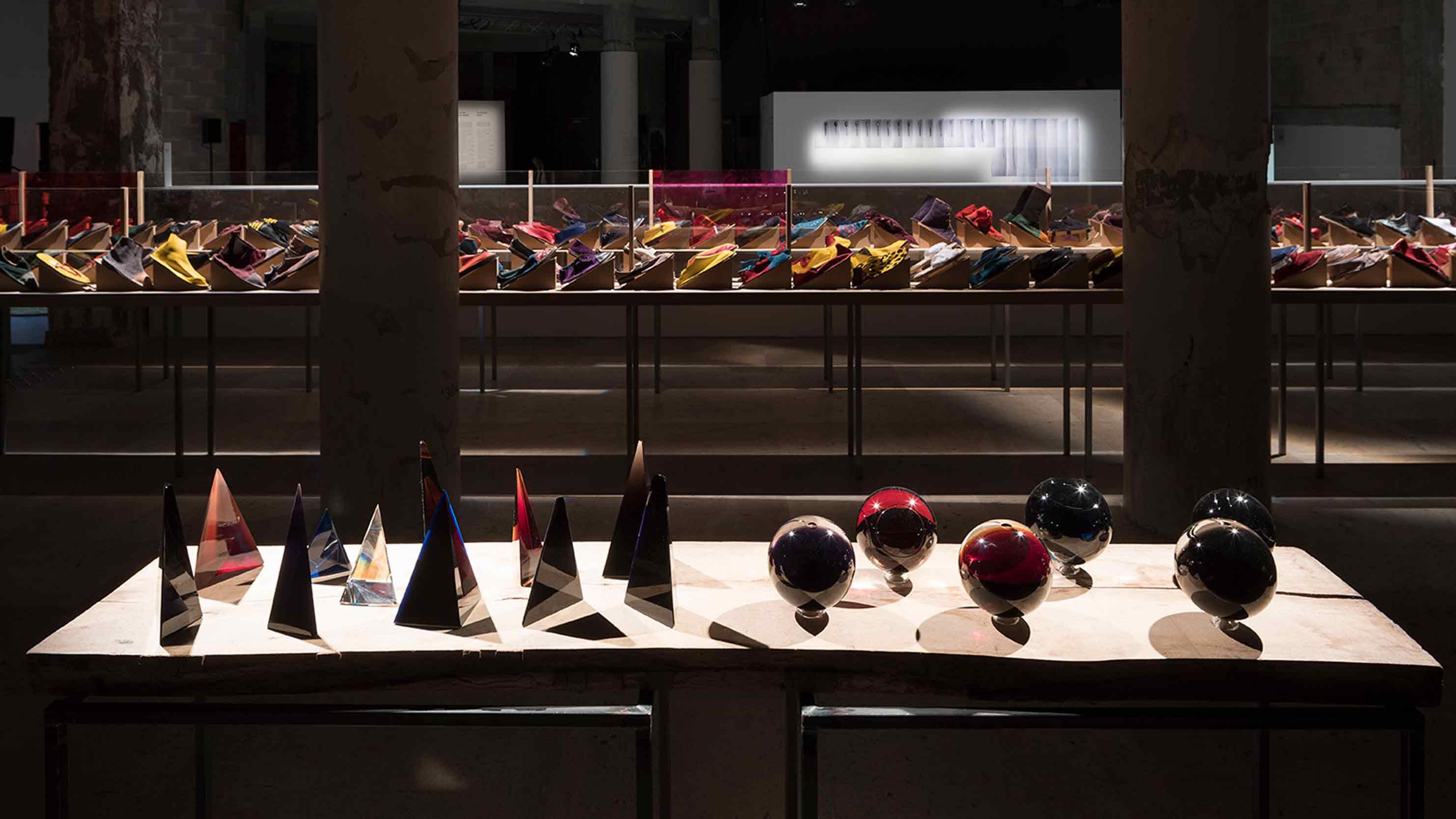 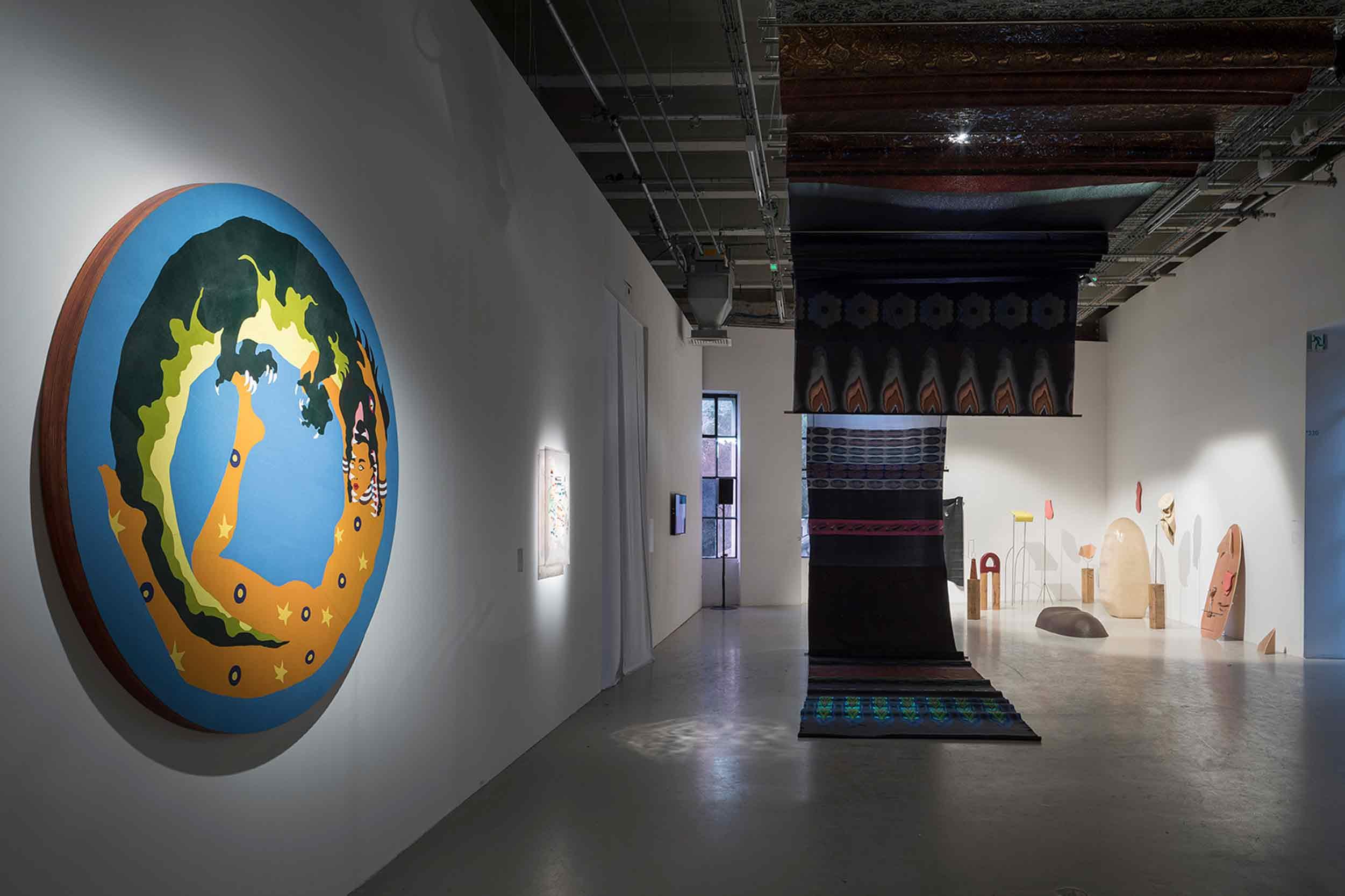 "Les Mains sans sommeil", exhibition view (Lucie Picandet, Célia Gondol, Io Burgard), 2017 © Tadzio
Video of the "Les Mains sans sommeil" exhibition
Every year since 2010, artists have been invited to undertake residencies in Hermès workshops. In dialogue with seasoned craftspeople who work with crystal, leather, metal and silk, selected artists explore the skills and knowledge surrounding these exceptional materials. To bring together the works created by the nine artists who completed residencies between 2014 and 2017, the Fondation d’entreprise Hermès organised the exhibition “Les Mains sans sommeil” in Paris, now followed by a run in Tokyo.

Over several months of residency in the Hermès workshops, the artists enjoyed carte blanche to experiment and develop their projects. Sometimes encountering materials for the first time, the artists are helped by the workshops’ craftspeople to produce works in two editions: one remains their own, while the other is conserved by the Foundation.

At the Palais de Tokyo (Paris), the exhibition’s curator Gaël Charbau chose to present the works created in the workshops alongside other works by the same artists. “Les Mains sans sommeil” is dedicated to the gestures that Gaël Charbau observed first-hand in the exchanges between artists and artisans. Not only gestures that express the workings of the mind, but also those where the hand takes on its own autonomy. This freedom is expressed in all the works produced, from a stretched silver spoon (Clarissa Baumann) to figures that dance across almost forty metres of silk or which play upon its transparencies (Célia Gondol, Bianca Argimon), which capture a motif or pour cement into crystal (DH McNabb, Lucia Bru). Further gestures deconstruct leather accessories or create imaginary tools for working the material (Io Burgard, Anastasia Douka), assemble textile offcuts into a fabulous menagerie, and draw out symbols from the textured surfaces of leather. With some of the artists’ practices extending over several disciplines, performances are also part of the exhibition.

In 2018 and 2019, “Les Mains sans sommeil” is hosted by the Forum, the Foundation’s Tokyo exhibition space. For this new edition, Gaël Charbau is joined by Reiko Setsuda, head curator of the Forum, to oversee two further stages and a programme of performances.

In 2013, the Foundation presented a first exhibition at the Palais de Tokyo, also curated by Gaël Charbau and entitled “Condensation”. The exhibition brought together works produced by the sixteen artists who participated in the Foundation’s first three-year residency series, and was later presented at two of the Foundation’s other exhibition spaces: the Forum in Tokyo and Atelier Hermès in Seoul.