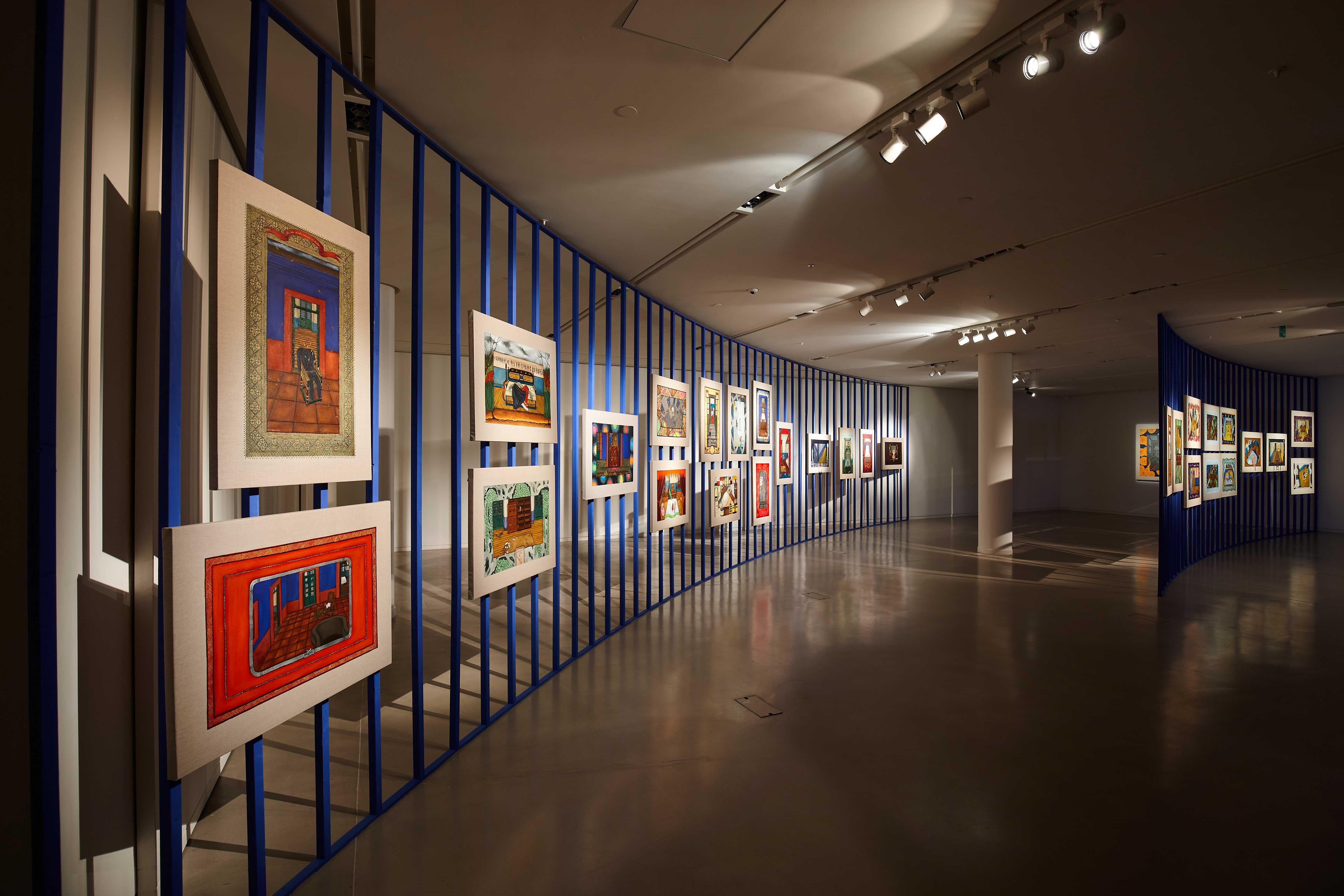 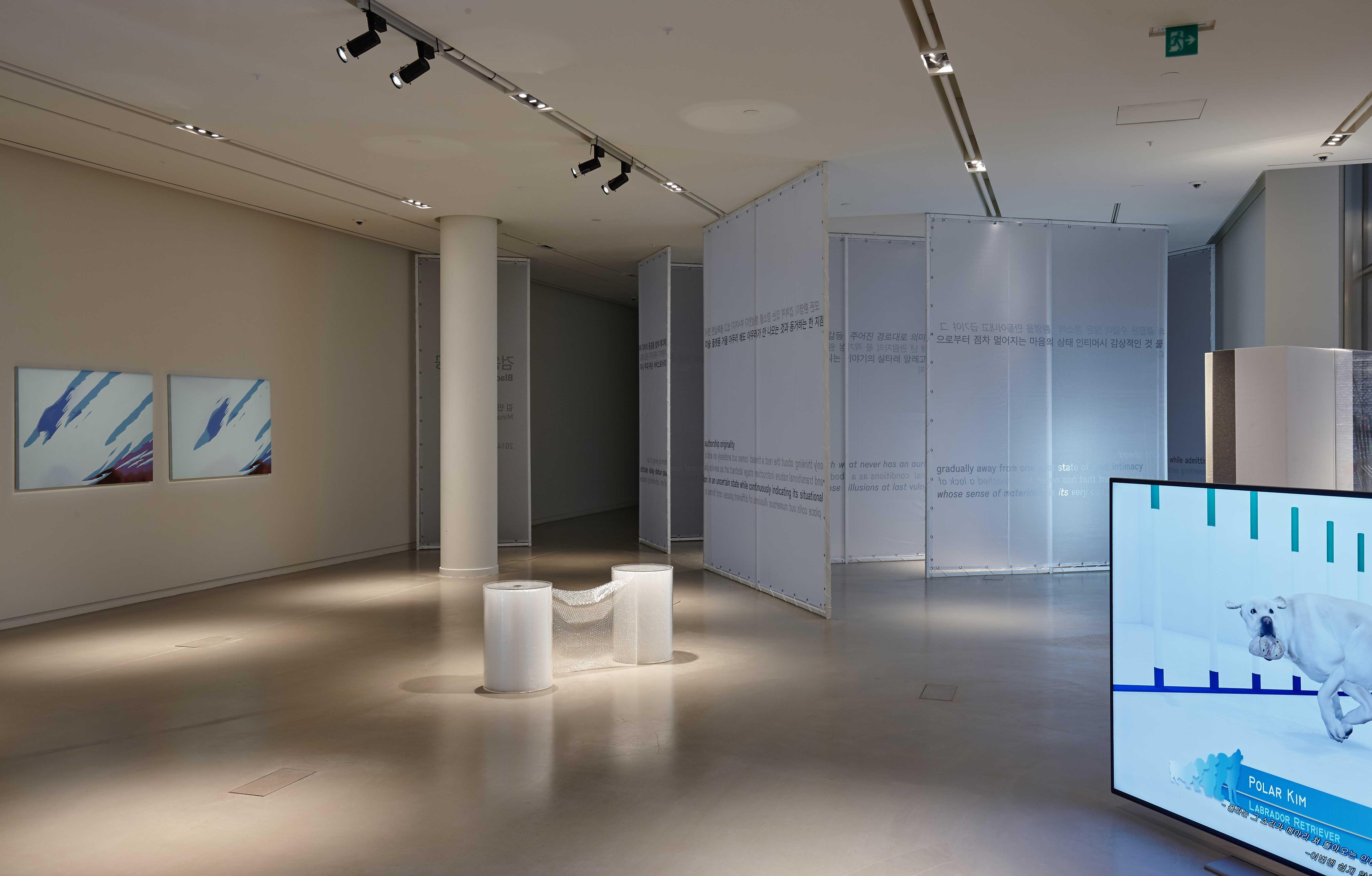 KIM Yoonha, "On the accidental, on the uncomfortable that inclined to leave alone, howbeit on the corrupt means that is unable to be intended, while propagating to perform the former life, then finding out the boundary" © Kiyong Nam 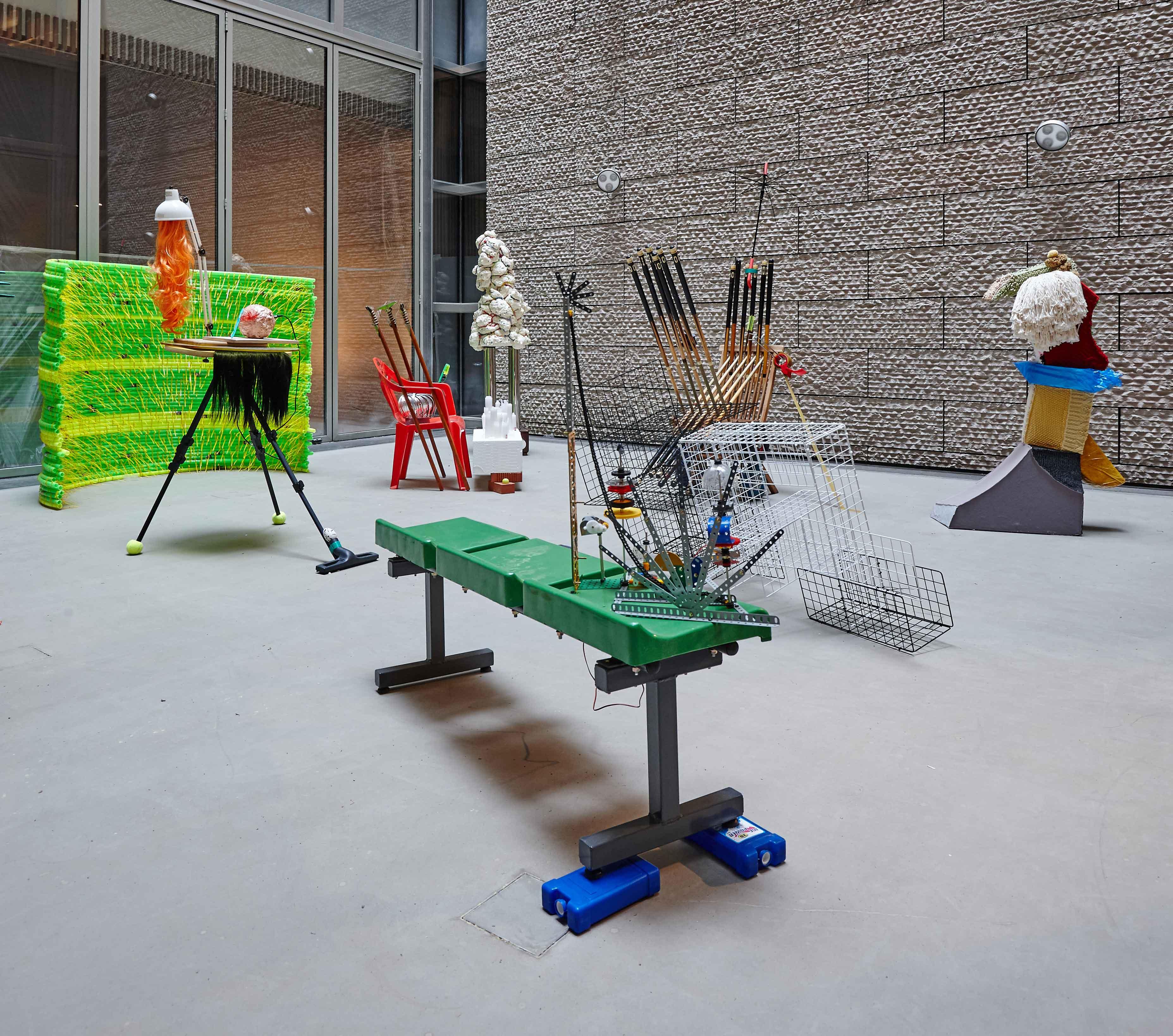 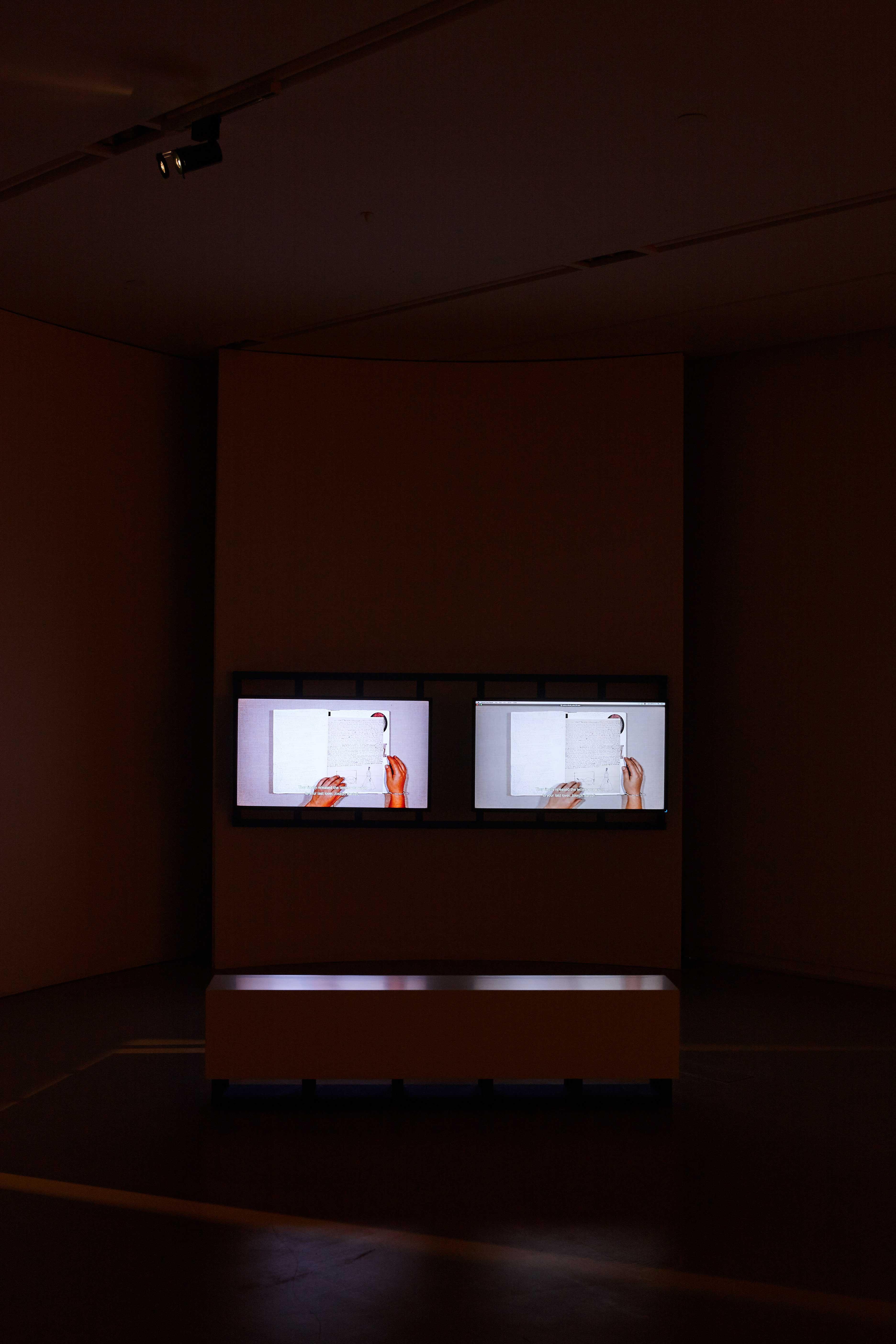 Rosa Maria Unda Souki, "On the Corner of Londres and Allende Streets (1938-1954)", exhibition view, 2017, © Kiyong Nam / Fondation d'entreprise Hermès
In 2017 Atelier Hermès, the Foundation’s exhibition space in Seoul, celebrated over a decade of activity. For the occasion, the space’s curator, Kim Yunkyoung, invited artists and visitors to “Revisit the past”. To this end, the three exhibitions presented in 2017 engaged in a dialogue around the notion of time. They successively explored the history of the space, personal visions of the future, and a contemporary artist’s perspective on a historical artist.

The first exhibition of 2017, “O philoi, oudeis philos”, borrowed its title from a maxim attributed to Aristotle, and referenced by philosopher Jacques Derrida in his preferred translation: “Those with too many friends have none.” Six young Korean artists created original work for Atelier Hermès for the occasion. Evoking the first decade of the exhibition space’s existence, curator Kim Yunkyoug offered a history ripe for exploration to the participating artists, who were invited to revisit past exhibitions in the light of the present and to consider what they might mean for the future. Park Kiljong, Yoon Hyangro and Baek Kyungho sought to uncover different voices from the space’s first decade, while Kim Minae and Kim Yunha seized upon a series of key words. Kim Heecheon, meanwhile, proposed a spatio-temporal voyage using virtual reality.

In his exhibition “When Two Galaxies Merge”, artist and 2010 laureate of the Hermès Foundation Missulsang Yangachi (b. 1970, Korea) gave material form to different personal visions of the future. He transformed Atelier Hermès into an immense scenic space, plunged into darkness, filled with various objects from candelabra to bird cages and occasionally resonating with different sounds. There was a feeling of transitoriness, as if something unexpected might happen at any moment. This experience turned on the notion of the encounter and its inevitable and unpredictable dimensions, poetically comparable to the first signs of a nascent love. “When Two Galaxies Merge” typifies the work of Yangachi, who seeks to develop an artistic language that draws not only on sight but on the whole range of human senses.

For her solo exhibition “On the Corner of Londres and Allende Streets (1938-1954)”, Rosa Maria Unda Souki (b. 1977, Venezuela) drew on her exhaustive research into “La Casa Azul”, the blue house in Mexico City where artist Frida Kahlo was born, grew up, loved and suffered. The exhibition was the third chapter in an ongoing project by Unda Souki based on Kahlo’s home. Bringing together thirty-five paintings and a documentary, the exhibition focuses on the last period of the Mexican artist’s life, covering the years spanning her separation from and remarriage to Diego Rivera until her death. Placing memory at the heart of her work, Unda Souki reconstitutes the past in the eternal present of painting. Through her research into the history of this house, she explores her own experience as a woman painter.

The three exhibitions presented in 2017 engaged in a dialogue around the notion of time. 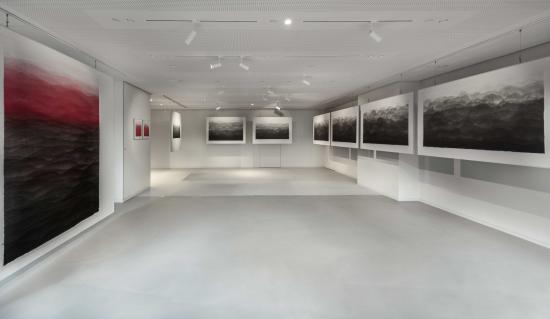 A cycle of exhibitions at Aloft at Hermès in 2017

A cycle of exhibitions at Aloft at Hermès in 2017