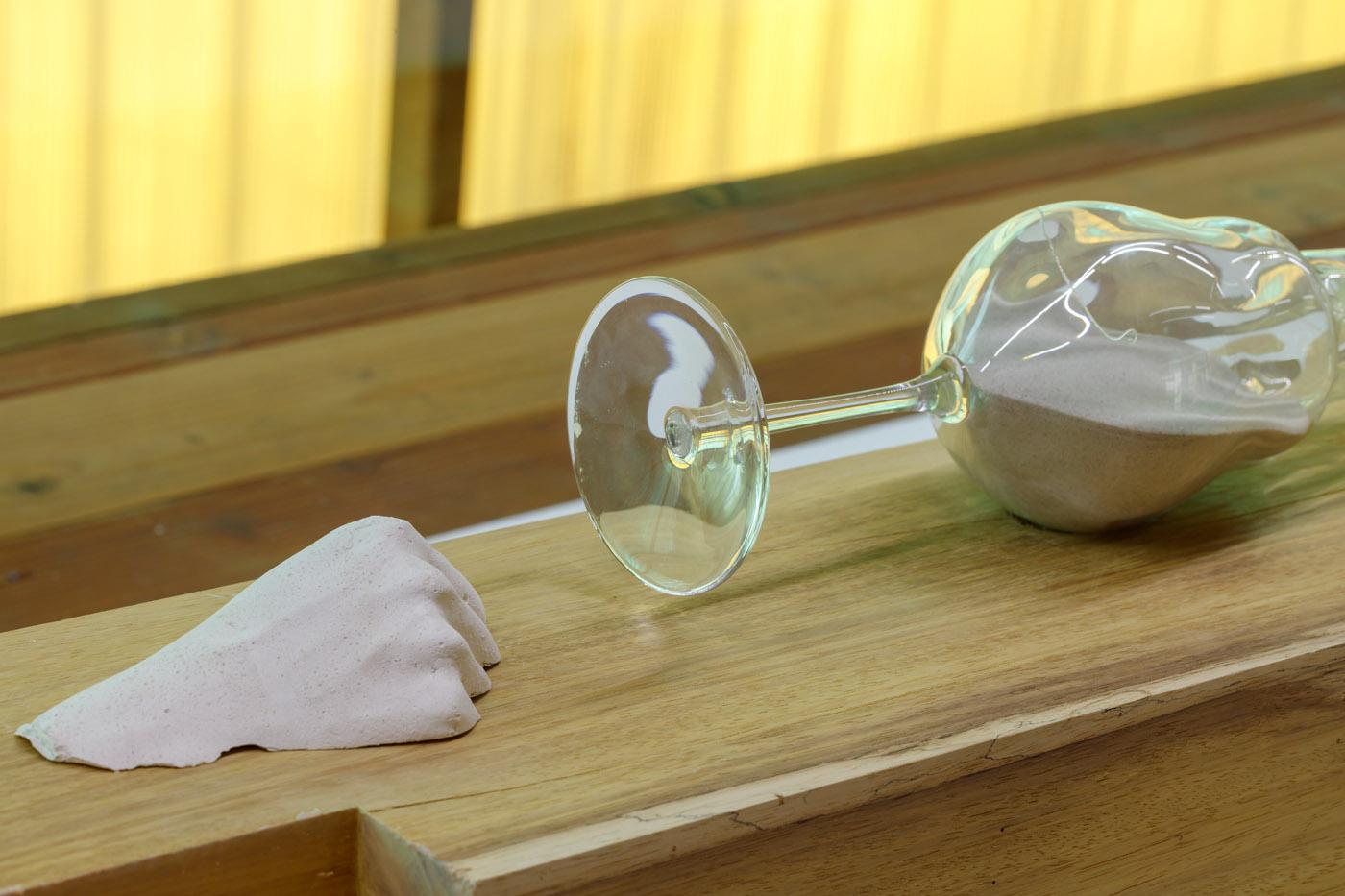 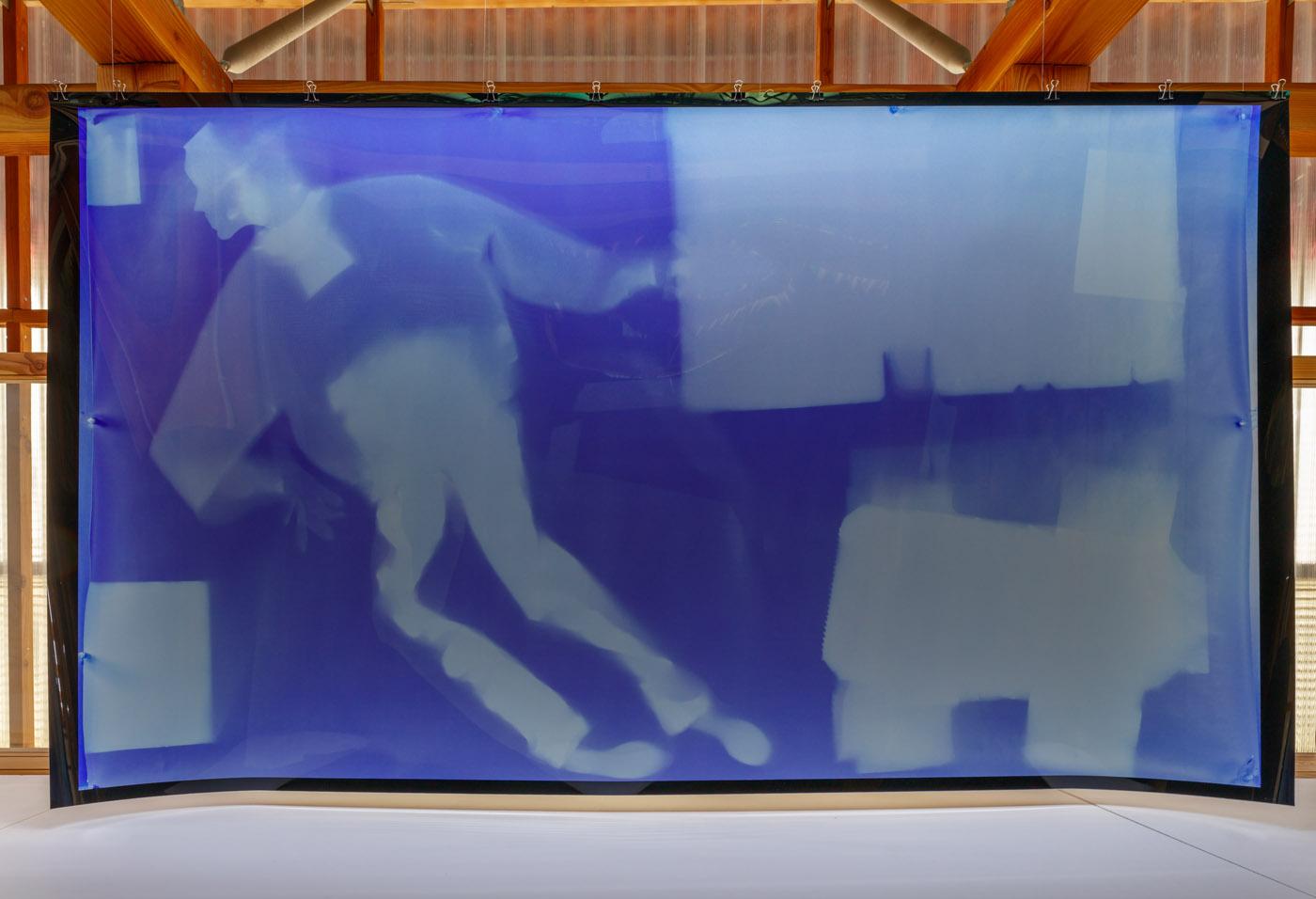 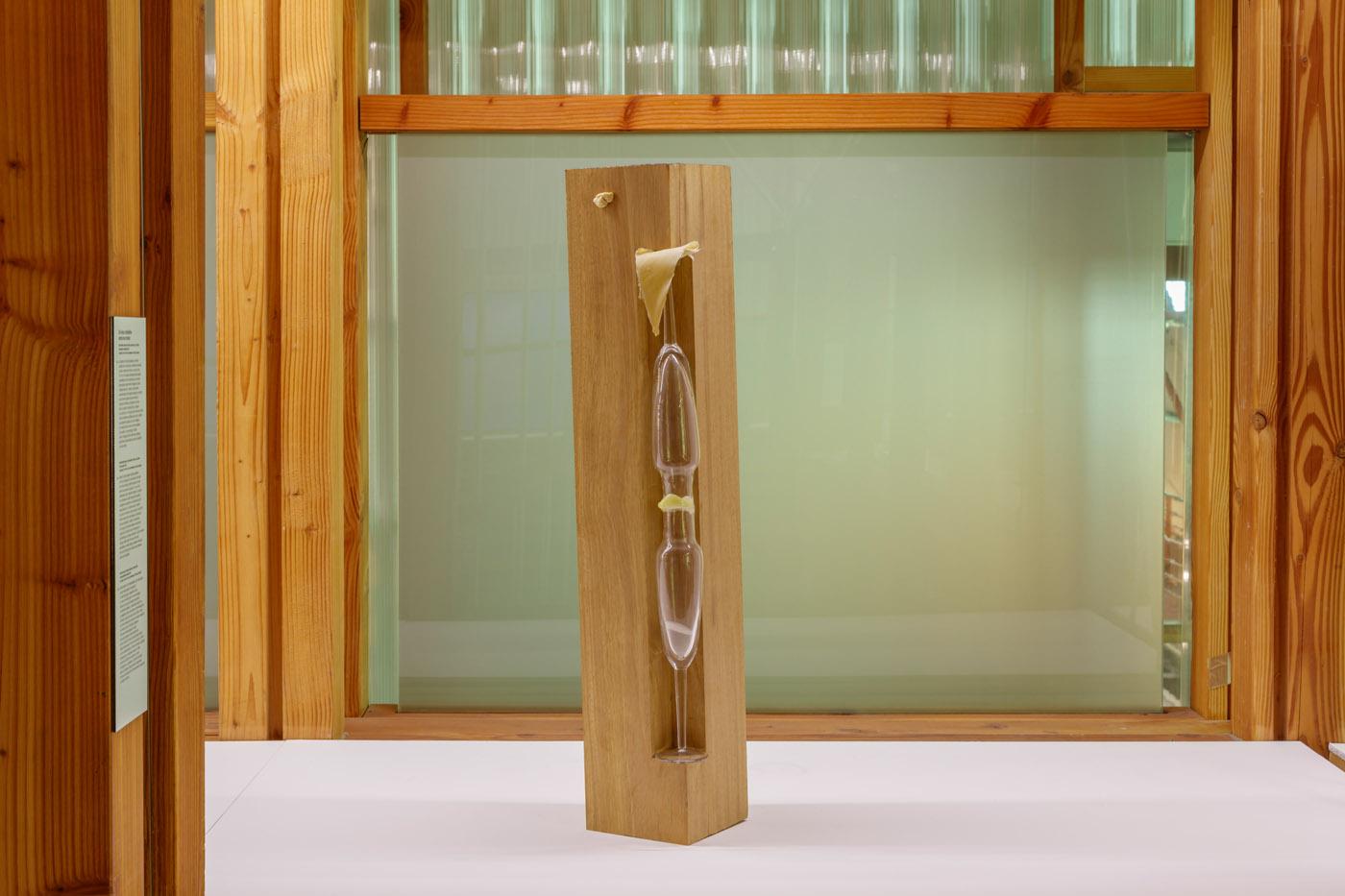 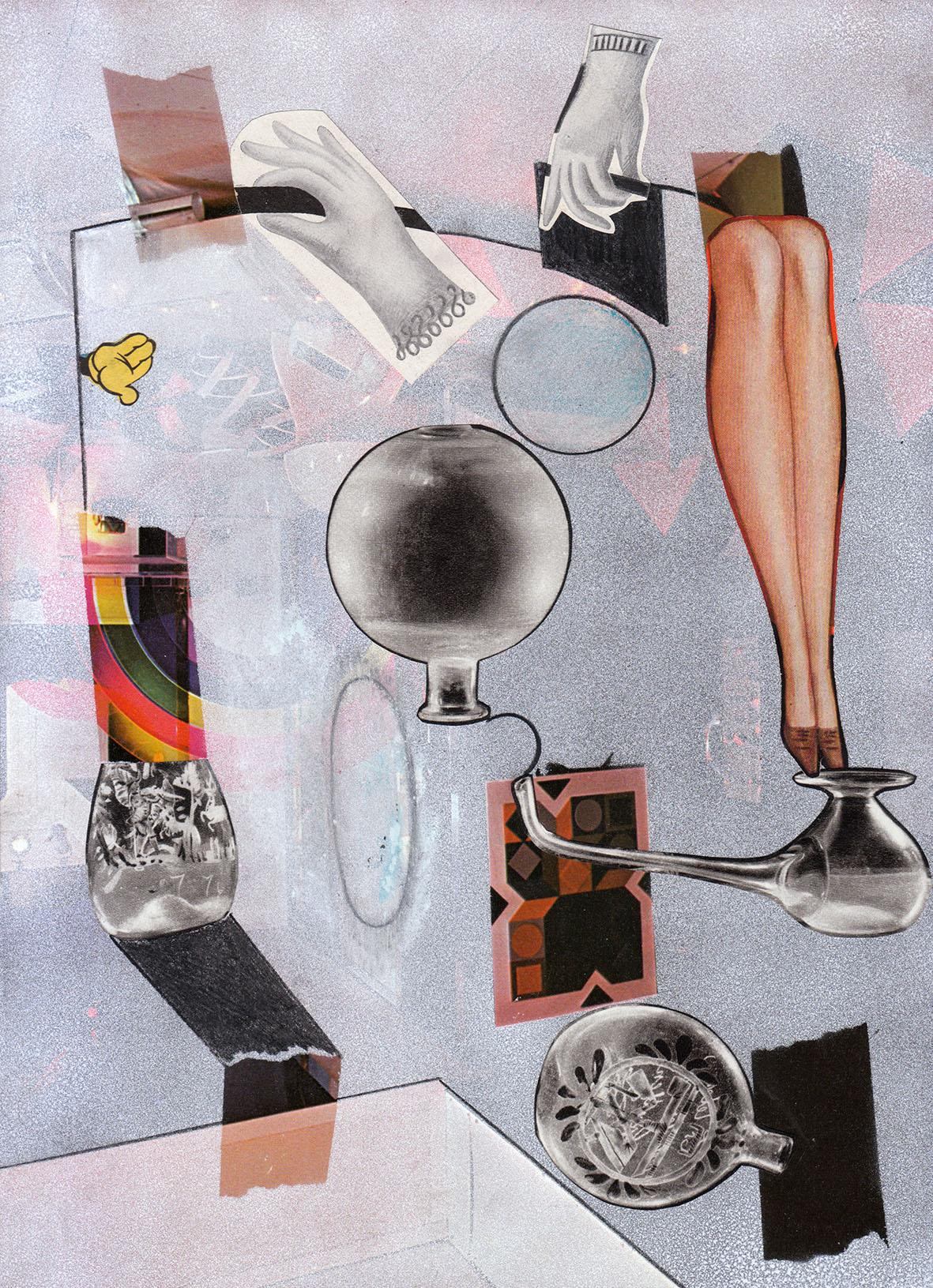 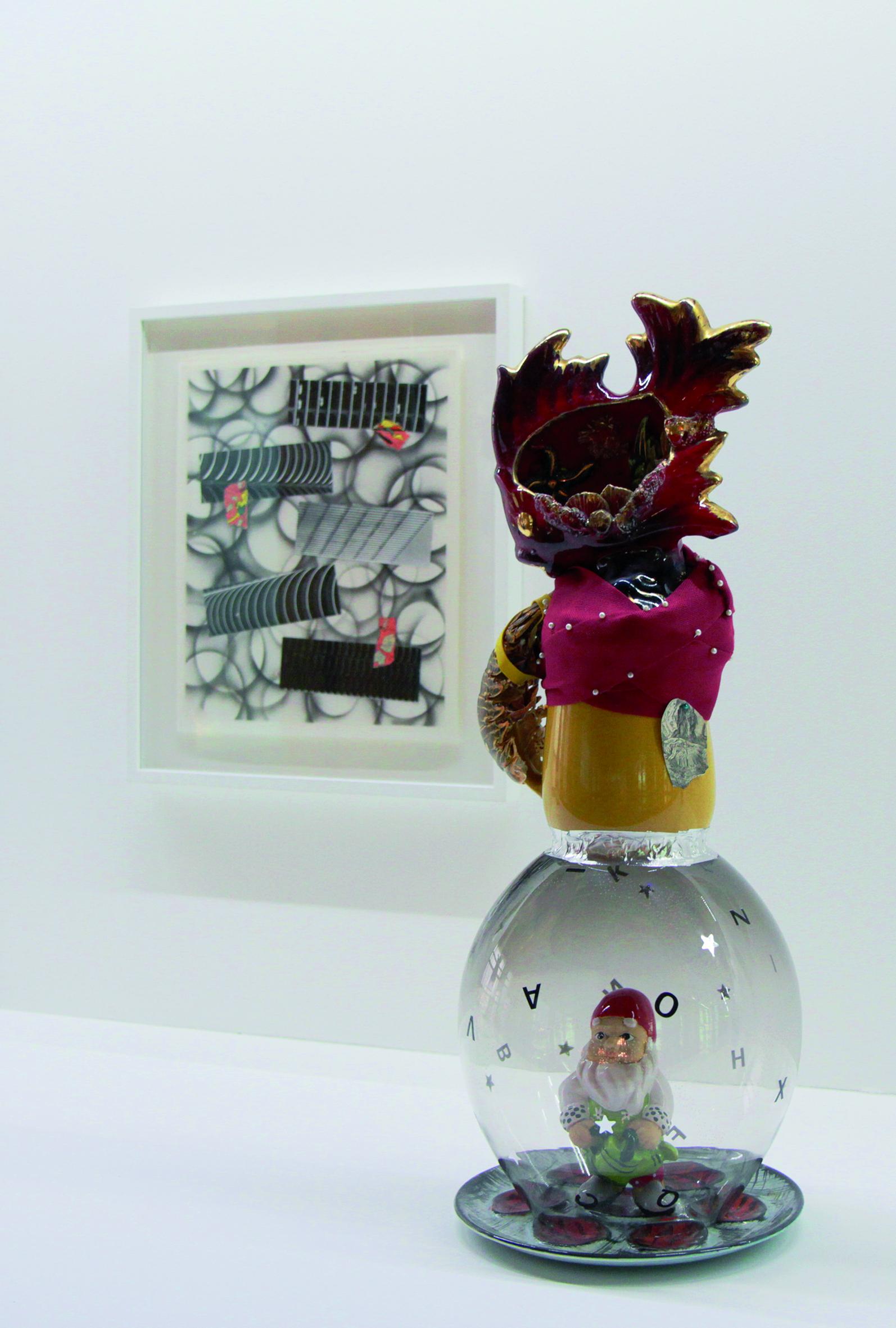 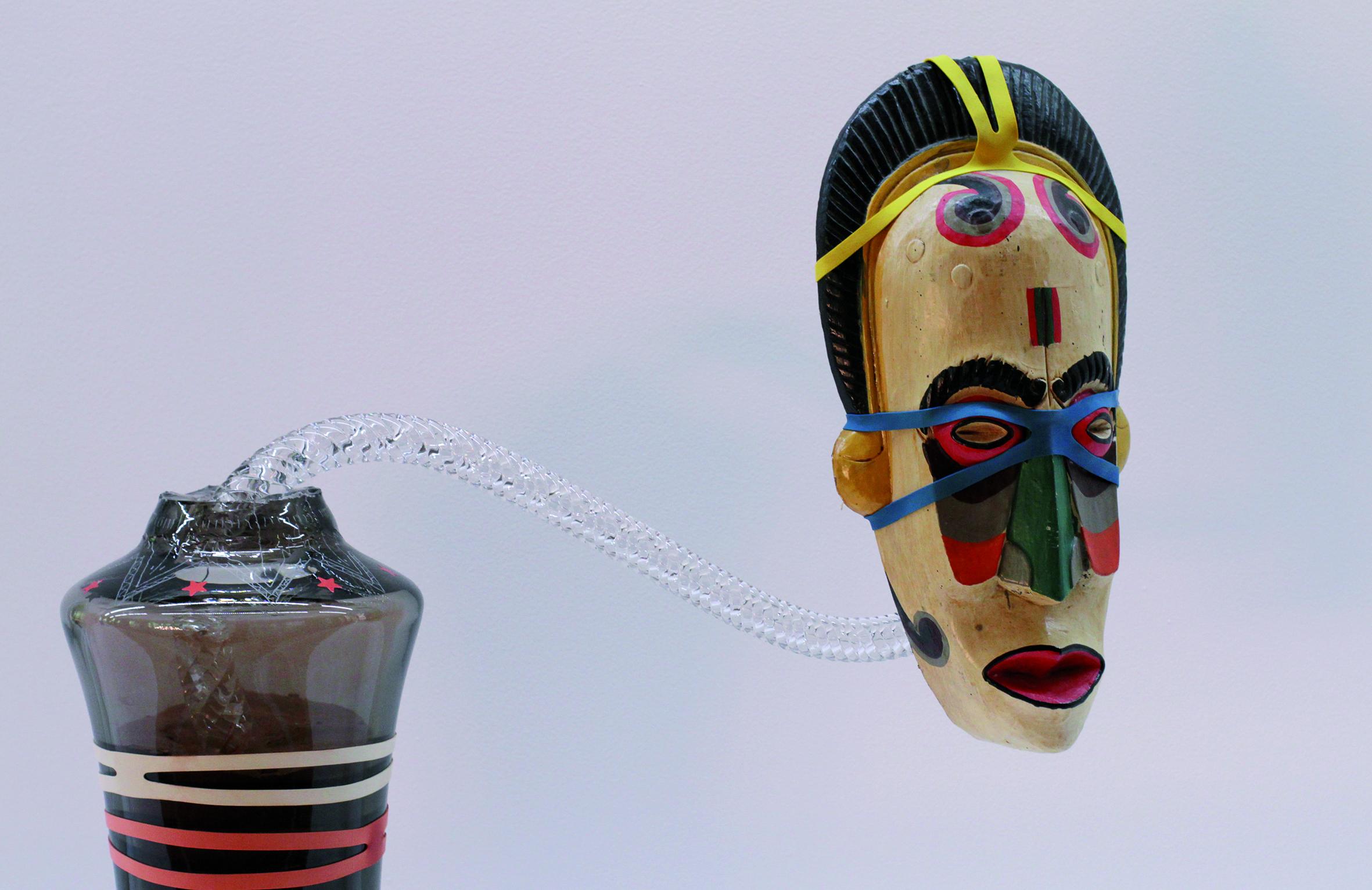 "Overlay" at La Grande Place, 2017 © Camille Roux
In 2018 and 2019, the Foundation invites the Synagogue de Delme contemporary art centre in Moselle to create a series of exhibitions at La Grande Place, Musée du Cristal Saint-Louis. This series, “L’héritage des secrets”, features three solo exhibitions anchored in the unique world of crystal and the centuries-long history of the workshop.

Following partnerships with the Centre Pompidou-Metz and 49 Nord 6 Est – Frac Lorraine, the Synagogue de Delme is the third Lorrain cultural institution to create a series of exhibitions at La Grande Place, Musée du Cristal Saint-Louis. Marie Cozette, the director of the Synagogue de Delme, has invited artists to discover the Cristallerie and to produce works infused with its atmosphere.

The first exhibition of the series, by artist duo Hippolyte Hentgen – Gaëlle Hippolyte (France, 1977) and Lina Hentgen (France, 1980) – imagines a panorama that reflects the scale of the site. The pair’s work integrates specially conceived crystal objects, and colours created by the addition of metal oxides to waste material originally destined for recycling or disposal. The tile of the exhibition, “Overlay”, is itself drawn from a technique used in the manufacture of crystal since the mid-19th century.

The second exhibition of the series, “Une place au soleil” (“A Place in the Sun”) reveals an ensemble of poetically charged works. Thu-Van Tran (Vietnam, 1979), whose family settled in France in 1981, is marked by two cultural and geographic zones that are both distant and historically linked to one another. Alternating between photograms and sculptures in hevea and crystal, Thu-Van Tran’s installation explores the meanders of personal and collective memory, and the effects of distance and displacement.

The series concludes with the works of France-based artist Dominique Ghesquière (b. 1953, United States), who offers an immersion in the raw materials at the heart of the crystal production process. She reveals the often overlooked role of natural resources such as ferns, which are burned to produce ashes that are in turn used in the production of lye, an essential substance for the creation of objects in crystal. Presented in vitrines, her sculptures speak of the organic power of nature and the energy of forests, water and fire, the very forces essential to the work of the Cristallerie. Ghesquière’s underlying poetic gesture lends a unity to the ensemble that renders visible the material and territorial dimensions of this unique art form.