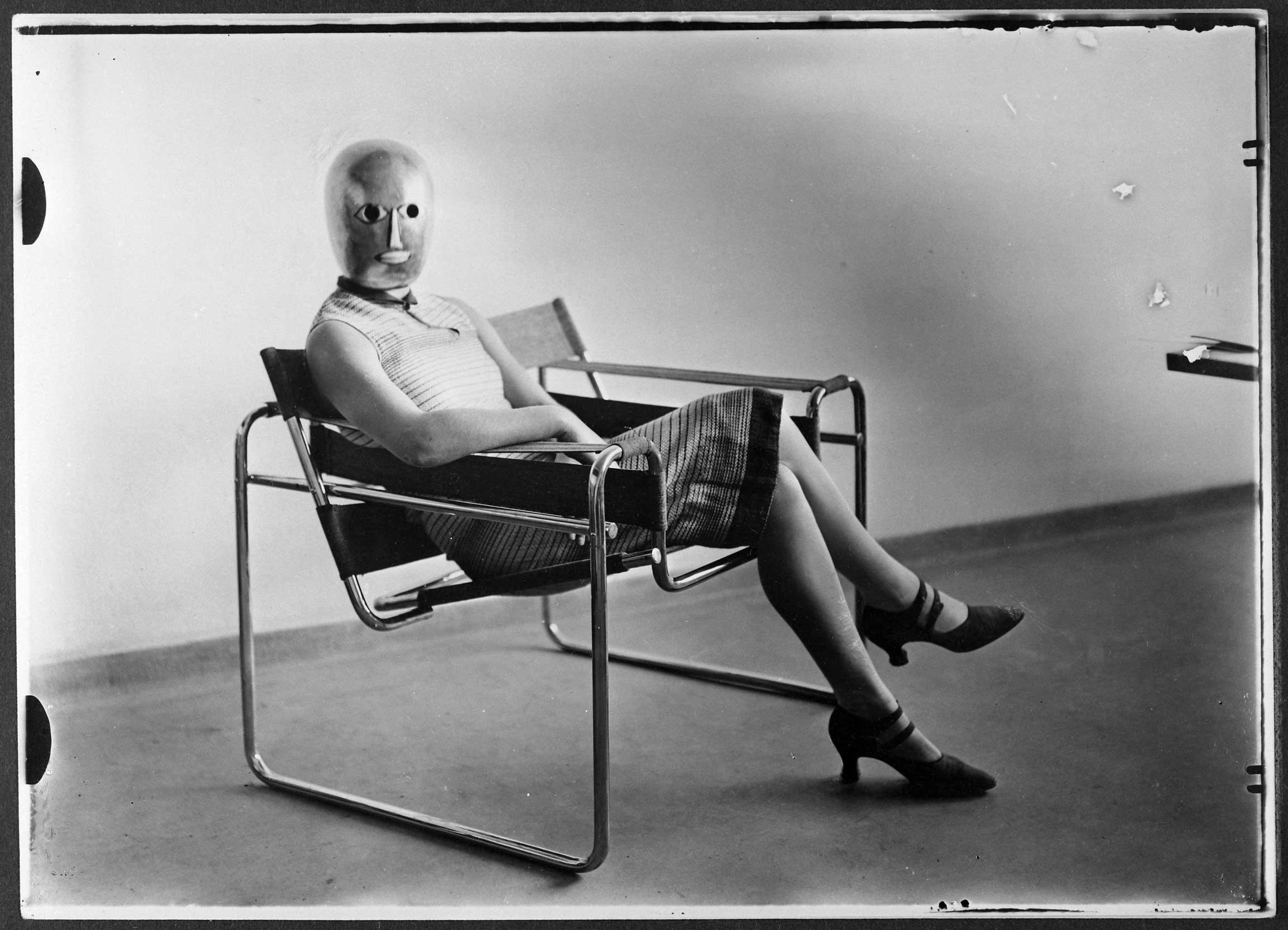 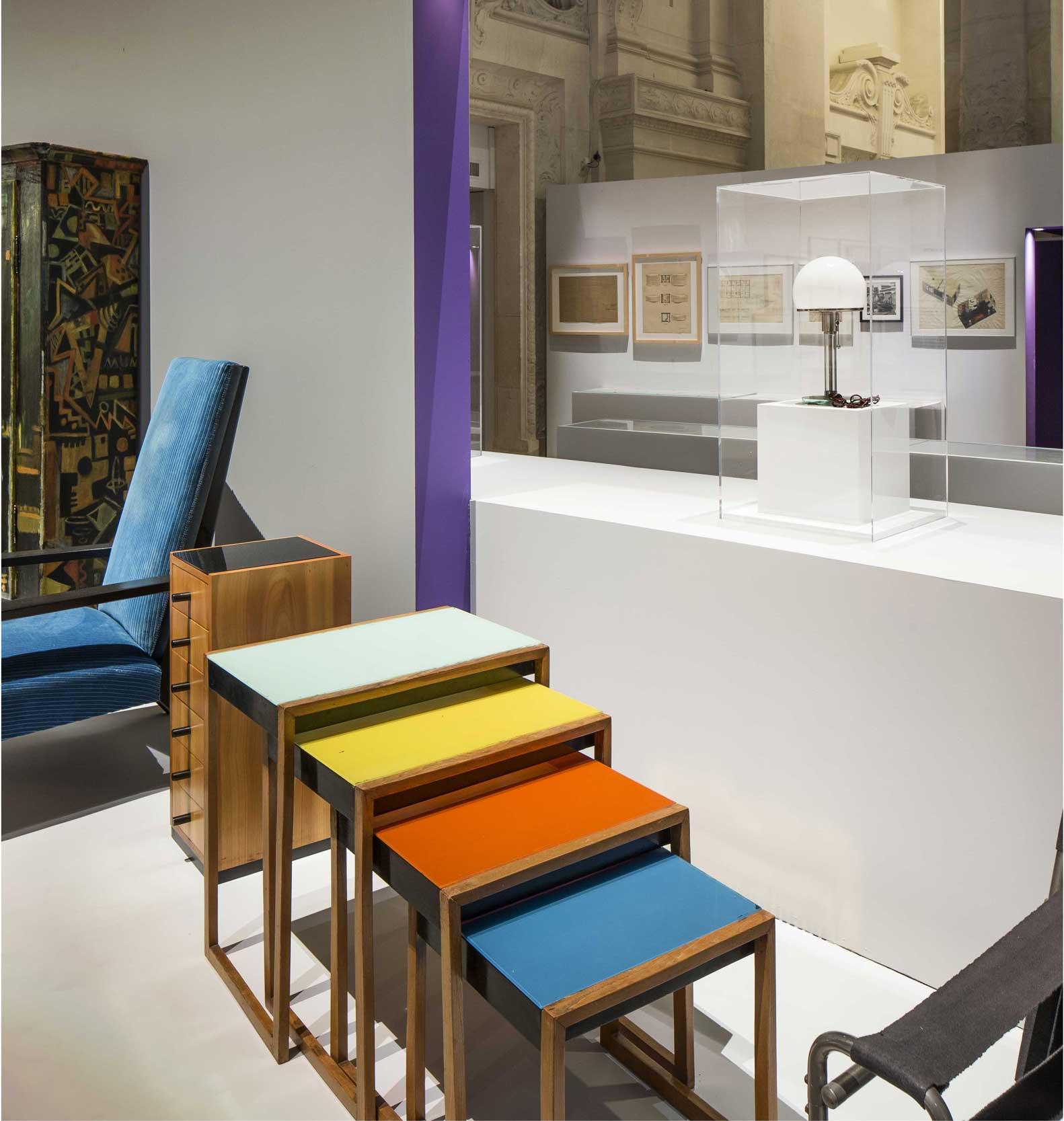 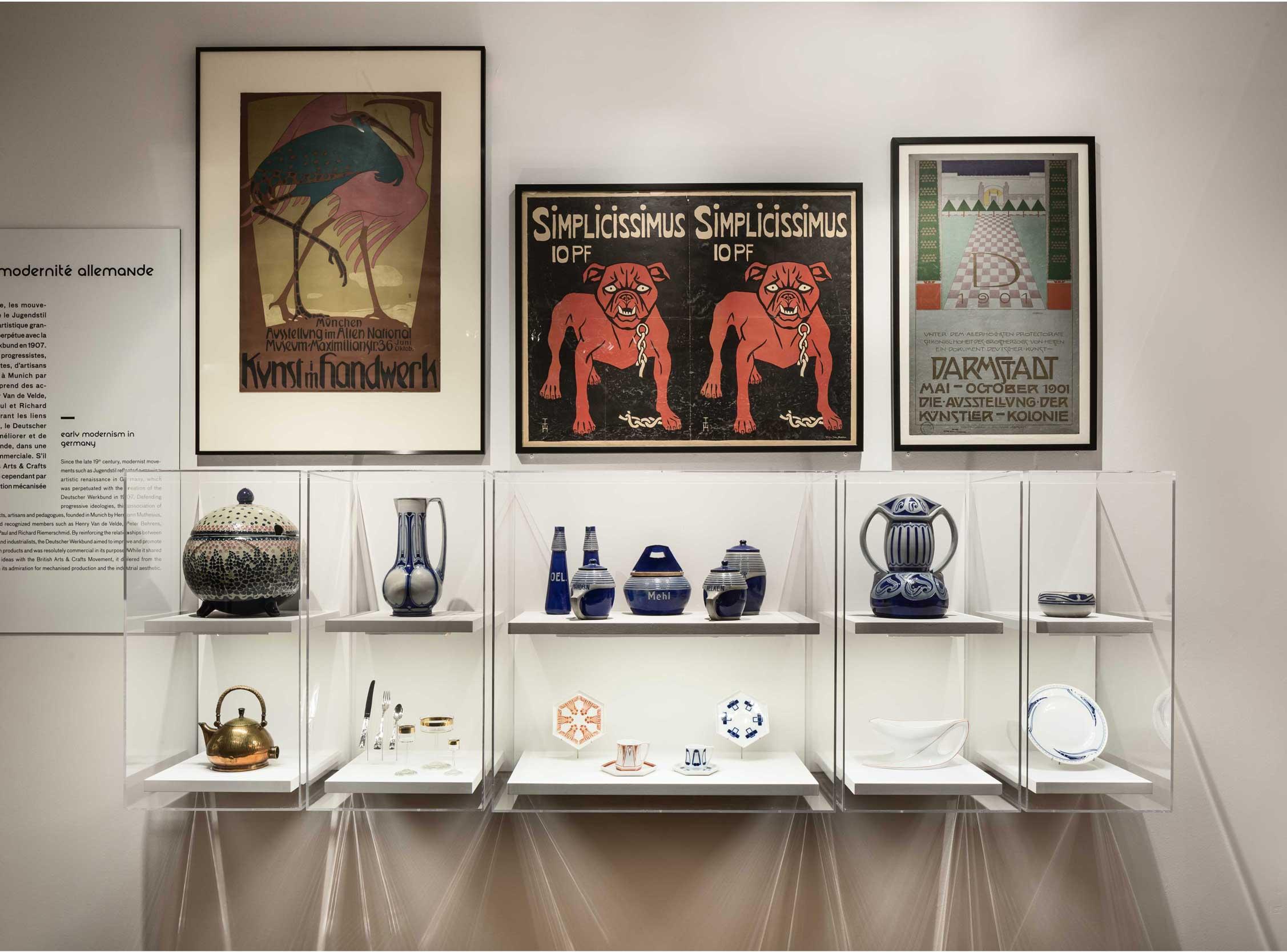 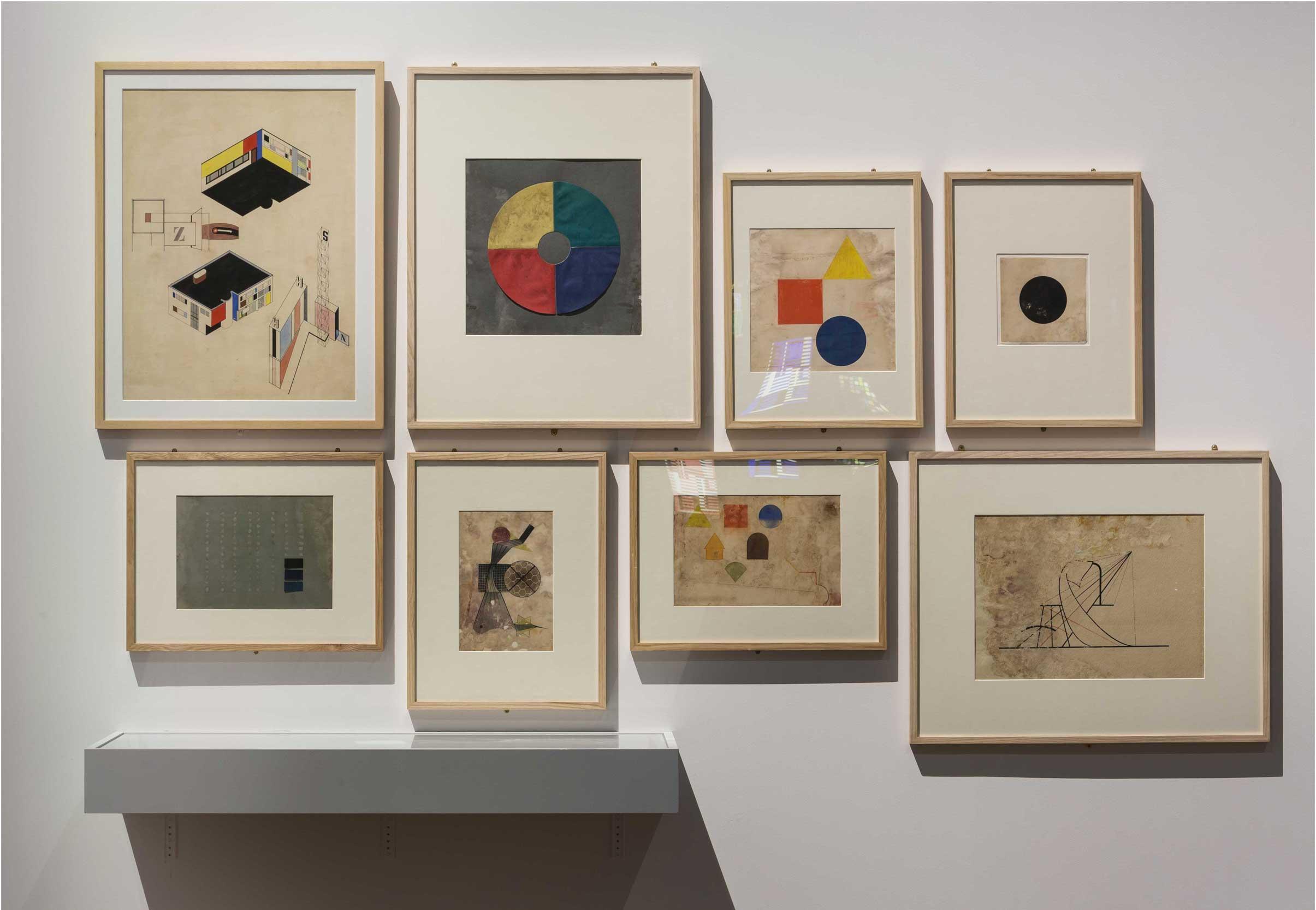 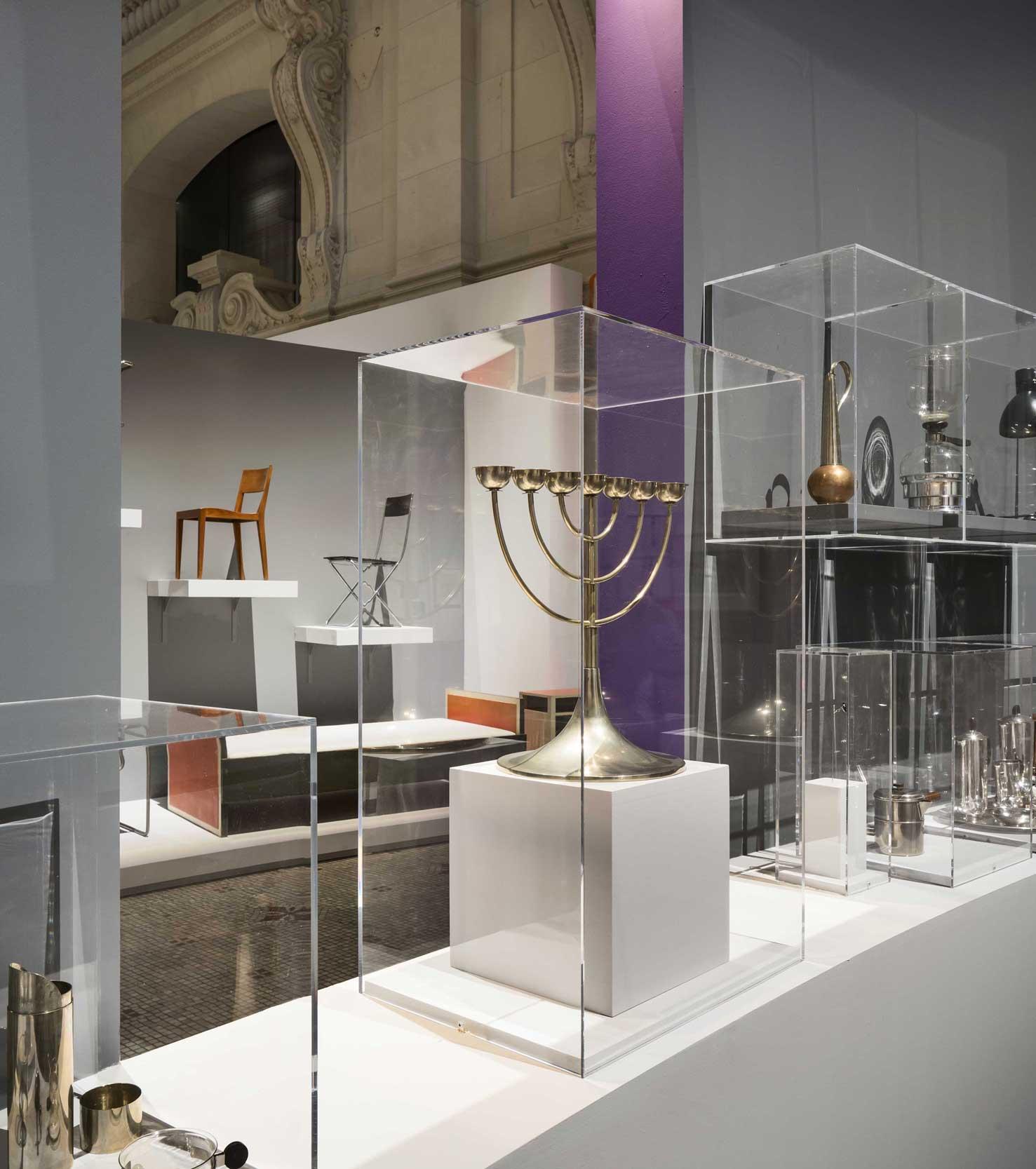 Les Arts Décoratifs, exhibition "L'Esprit du Bauhaus", 2016 © Luc Boegly
In the 2016-2017 season, the MAD – Musée des Arts Décoratifs – in Paris paid tribute to “L’Esprit du Bauhaus” (“The Bauhaus Spirit”) through a major exhibition with the support of the Fondation d’entreprise Hermès. The innovative pedagogy of the Bauhaus was characterised by partnerships between artists and craftspeople, the crossing of different disciplines, and a resolutely experimental approach that drew on collective intelligence. The influence of the forms and the objects created in the school’s workshops between 1919 and 1933 can still be felt today.

Founded in 1919 by architect Walter Gropius, the Bauhaus was an art school that came to be a landmark institution in the history of 20th-century art. Until the rising tide of Nazism brought about its dissolution in 1933, the school’s educators and students sought to breathe new life into the habitat and into architecture. The dialogue between different trades and crafts was fundamental to its operation. Art, craft and industry were considered together as complementary areas of activity. Figures such as Wassily Kandinsky, Paul Klee, Marcel Breuer, Oskar Schlemmer and Josef and Anni Albers shared their knowledge and skills with their students whilst allowing each individual free rein to develop their own experiments in form.

With the support of the Foundation, the MAD paid tribute to this unique spirit by bringing together a wealth of works and documents. An exploration of the various sources of inspiration underlying the school’s creation – from the organisation of cathedral construction sites in the Middle Ages to Arts & Facts – reveals the way in which the notion of equality between craftsperson and artist figured as a central principle of the Bauhaus pedagogical approach. Visitors were also able to discover all the stages of teaching, from the preliminary course to the different specialised workshops. This second part of the exhibition showcased the creative output of these workshops: furniture, ceramics, metal, stained glass, mural painting, wood and stone sculpture, weaving, typography, photography and theatre – a considerable legacy that continues to influence the arts to this day. The exhibition closed with a selection of fifty contemporary works chosen by artist Mathieu Mercier (b. 1970, France) to reflect a “possible continuation” of the school.

After “Formes Simples” (“Simple Shapes”) at the Centre Pompidou-Metz in 2014, “L’Esprit du Bauhaus” was the second major exhibition in a partner institution to be accompanied by the Fondation d’entreprise Hermès. At the MAD, this close engagement forms part of a long-term commitment: the Foundation has been a member of the Club des Partenaires du MAD (“MAD Partners’ Club”) since its creation.

Disciplines
Visual arts
Design
Performing arts
Craftsmanship
Lieu
Musée des Arts décoratifs
Paris
France
The exhibition “L’Esprit du Bauhaus” at MAD Paris was supported by the Foundation.
The Bauhaus was an art school that made a lasting impact on modern art.
Its pedagogy was famously characterised by an equality between craftspeople and artists, the crossing of different disciplines, and a resolutely experimental approach.

The team
In bookstores