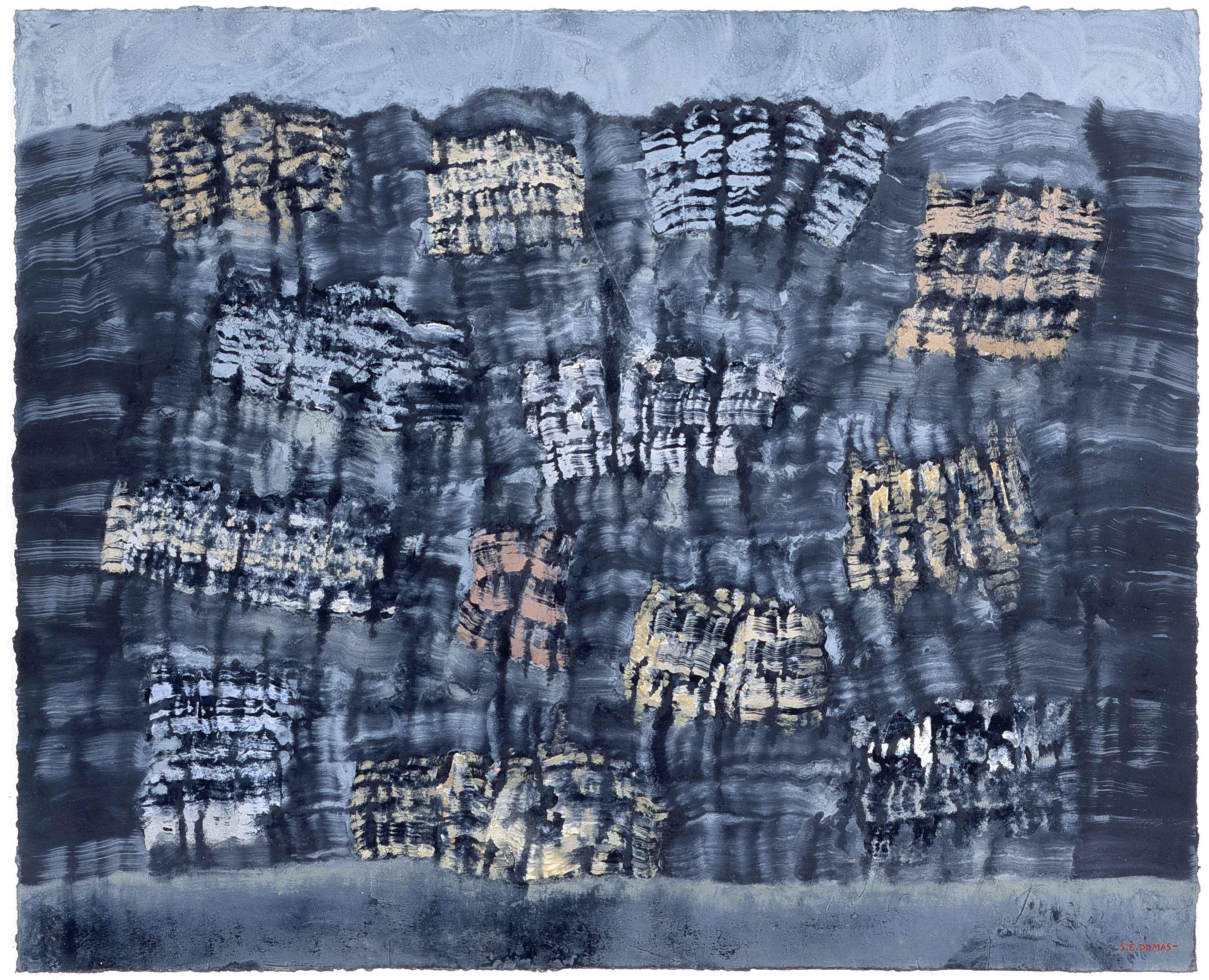 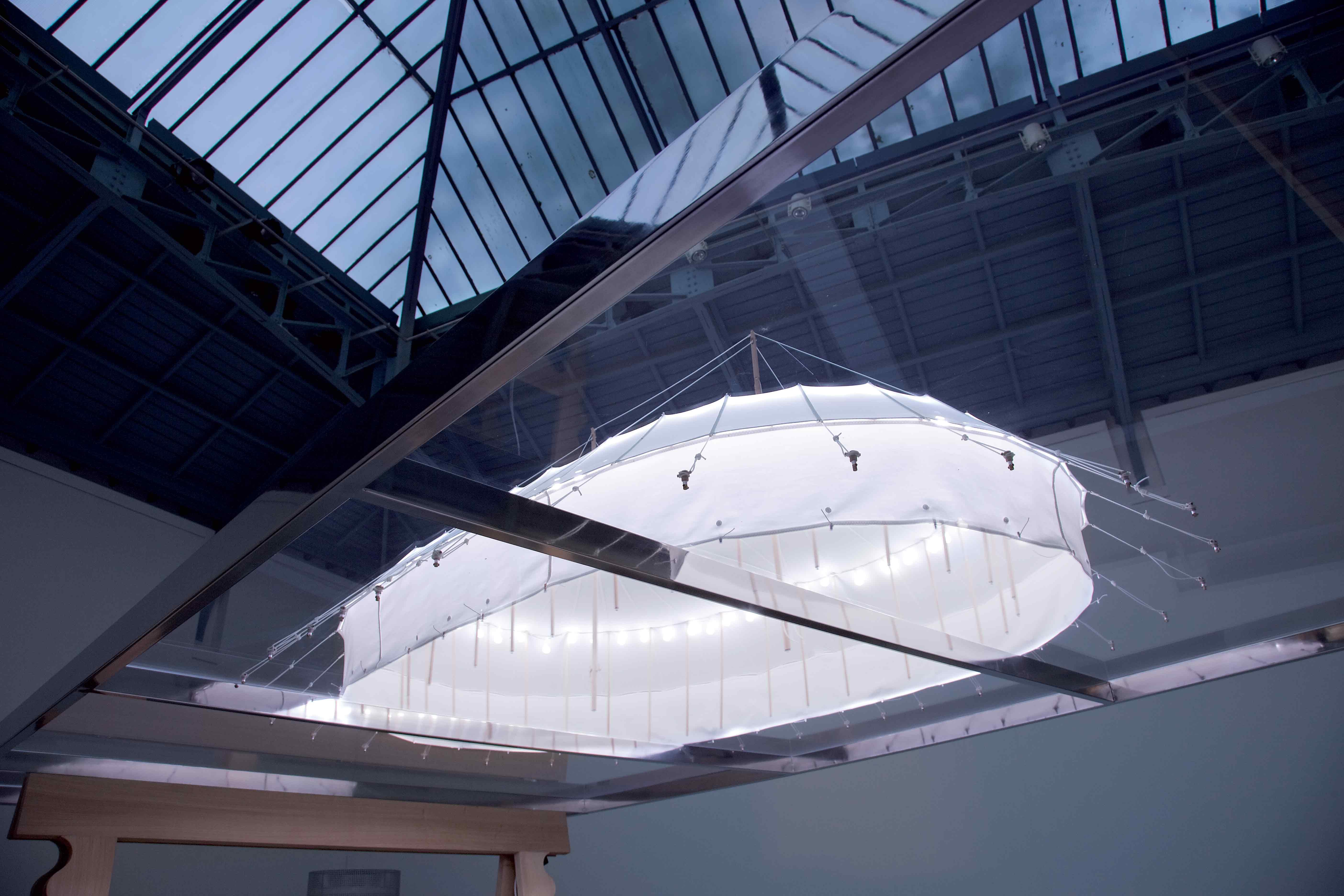 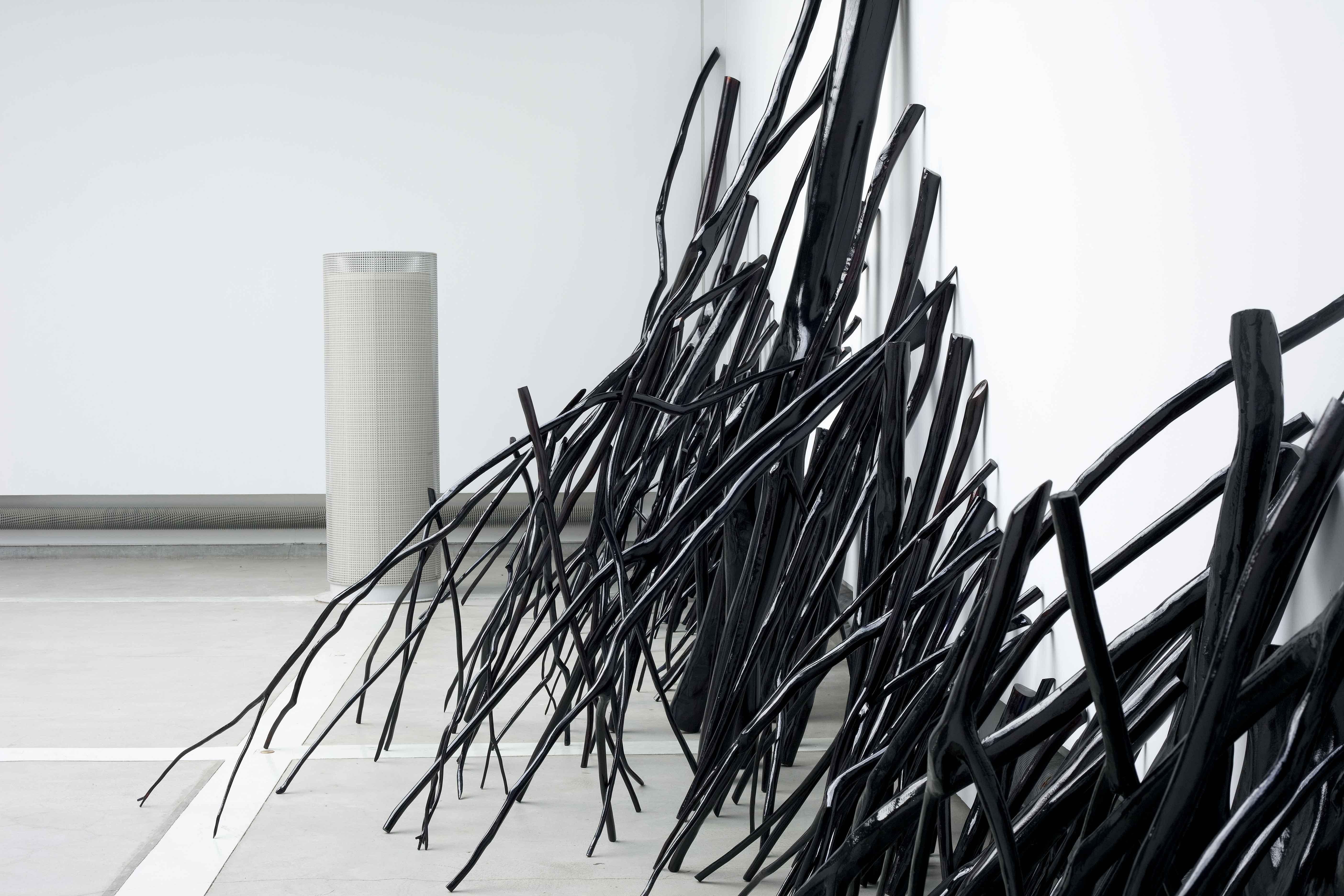 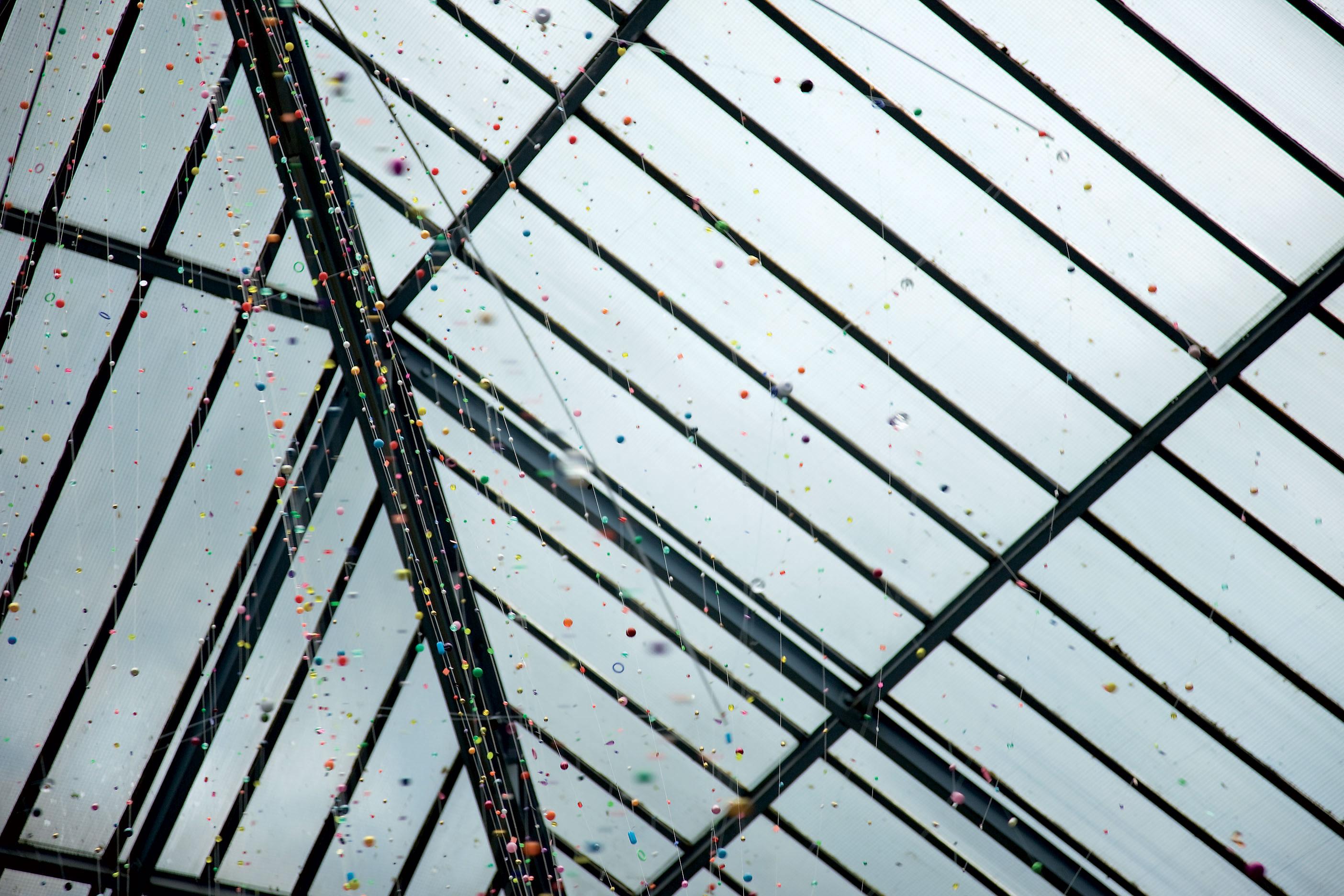 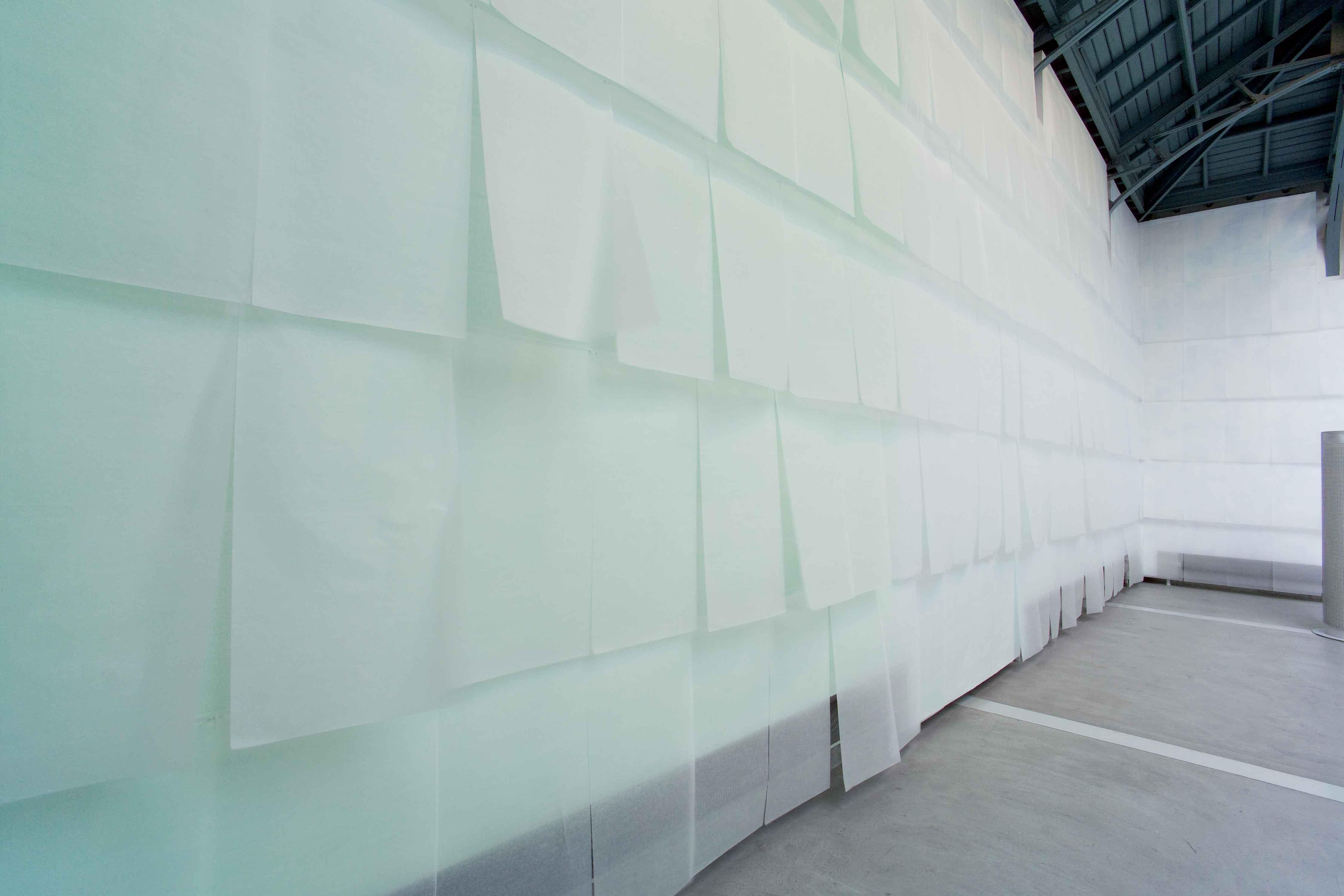 Installation view of "Whisper", Monique Frydman, La Verrière, 2008 © Fabien de Cugnac
From 2008 until 2012, curator Alice Morgaine oversaw the artistic direction of La Verrière. Every year, she invited a number of artists to present original works created especially for the Brussels exhibition space. Ever since La Verrière opened its doors with the support of the house of Hermès, it has sought to give precedence to the production of new work over the presentation of pre-existing projects. In a model of patronage and support of original creation that has since been reproduced at other art venues opened by the house of Hermès throughout the world, the work produced for La Verrière remains the property of the artist. Seeking to address the broadest possible audience, all of these spaces offer free entry.

Since its inauguration in 2000, this impressive space beneath a pyramidal skylight has played host to a wide range of exhibitions. From 2008, when La Verrière became part of the programme of the newly created Fondation d’entreprise Hermès, until 2012, when Guillaume Désanges took on the role of head curator, Alice Morgaine organised sixteen solo exhibitions. Sixteen exhibitions; sixteen original projects conceived specially for this unique space and its ever-changing light, and sixteen unique moments in the careers of the invited artists. Over the course of the months and years, different creative worlds were revealed, each with their own forms and questions. While the curator intentionally allowed the artists free rein in their projects, certain traits lend a distinct colour to the programming over this five-year period. A diverse group of artists living and working in Europe were featured, from internationally renowned figures to early-career artists exhibiting work in a solo capacity for the first time. Often working with various forms of abstraction, they pursued their work along sculptural or pictorial lines, with the exception of Fabien de Cugnac, who marked the ten-year-anniversary of the space with a retrospective of exhibition views.

Identifying and playing upon paradoxes, the artists’ interventions at times combined the monumental with the discreet: Lionel Estève created a pearlescent constellation that descended from the space’s skylight, whilst Charlotte Charbonnel’s radial strings formed an instrument that was alternately sonorous and silent. The geometrical volumes of Jean-Gabriel Coignet and the letters erected by Peter Downsbrough brought to mind the radical gestures of seminal minimalist art. Other projects, such as those of Danae Stratou and Jean-Charles Pigeau, seemed to be anchored in a dialogue with the space’s architecture. From the interplay with the shifting light of La Verrière instigated by Monique Frydman and Aïda Kazarian to the immense cliff-face created by Stéphane Erouane Dumas, and from the instantly recognisable work of Claude Viallat to the manifold contradictions of Christian Bonnefoi’s, the medium of paint thrived in this space. In the same year, Patrick Neu marked out traces in soot that seemed to respond to the black, interlacing forms created by Côme Mosta-Heirt. Situated at the heart of the capital of the European Union, La Verrière also hosted socially engaged installations by Barthélémy Toguo and Claude Lévêque.

Disciplines
Visual arts
Lieu
La Verrière
Bruxelles
Belgium
From 2008 to 2012, Alice Morgaine invited several artists each year to present original works created especially for the Brussels exhibition space.
Sixteen personal exhibitions were presented at La Verrière by curator Alice Morgaine between 2008 and 2013.
Since its opening, La Verrière has sought to give precedence to the production of new work over the presentation of pre-existing projects.

Dates of the exhibitions