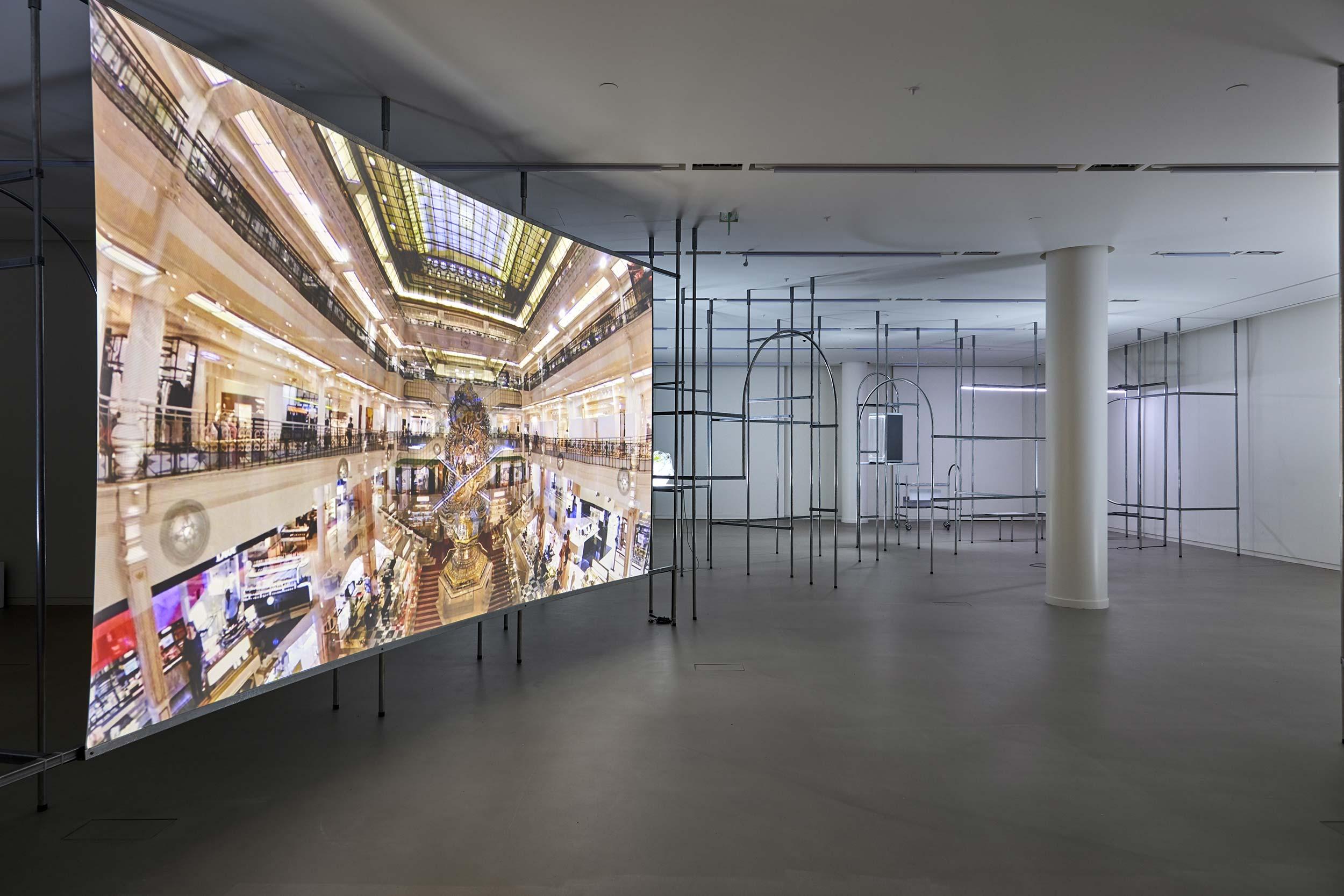 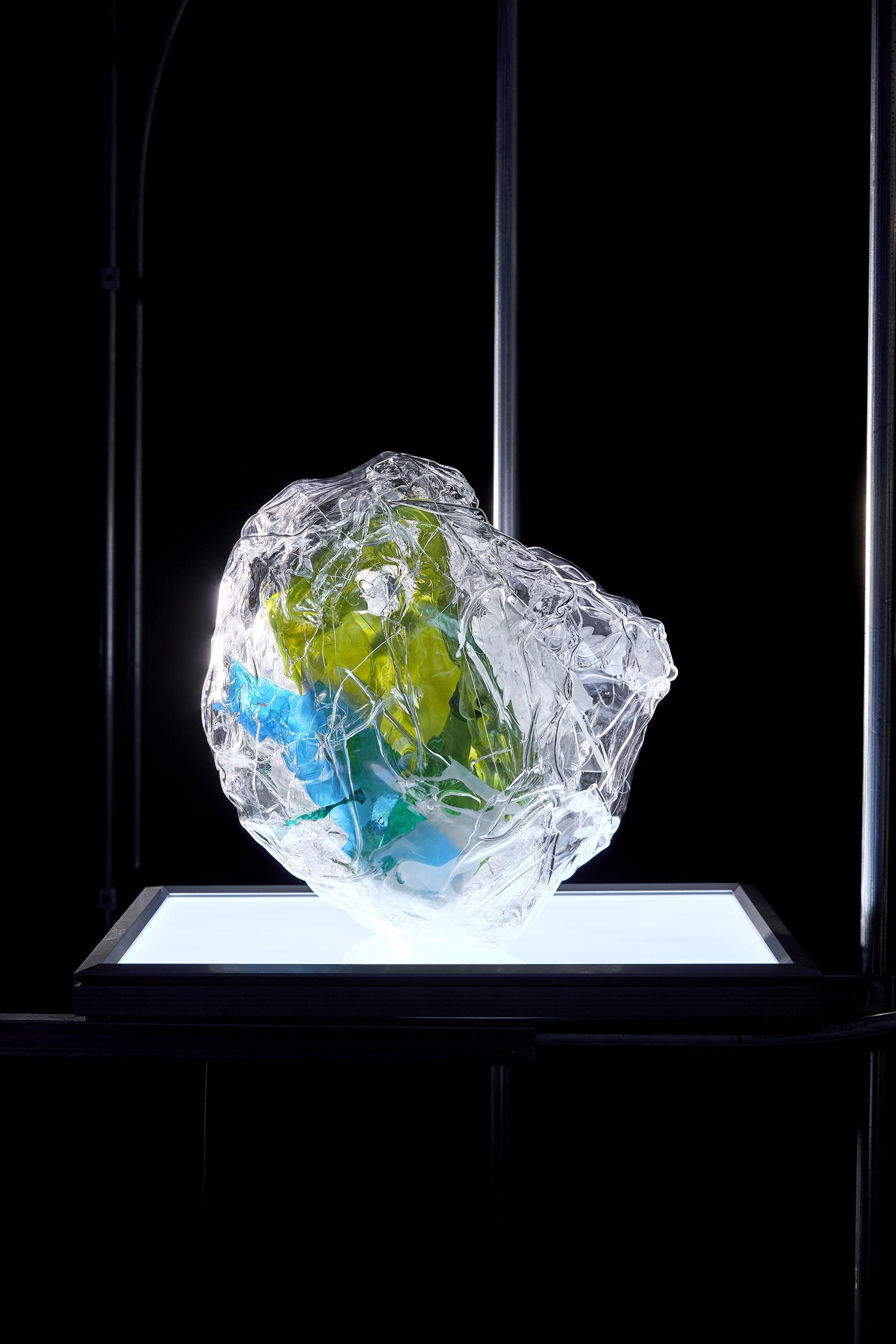 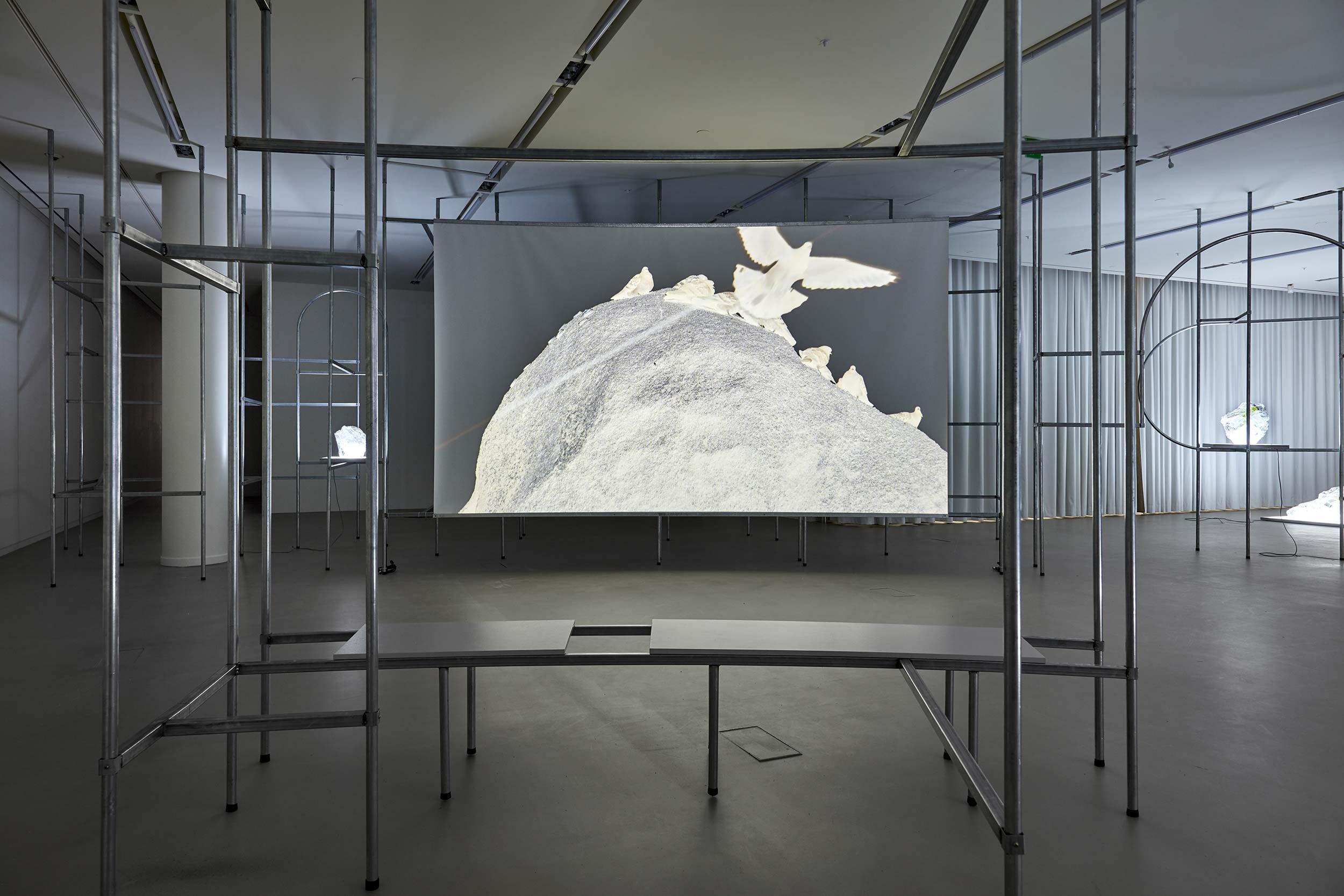 The Ship of Fools, installation, 2016 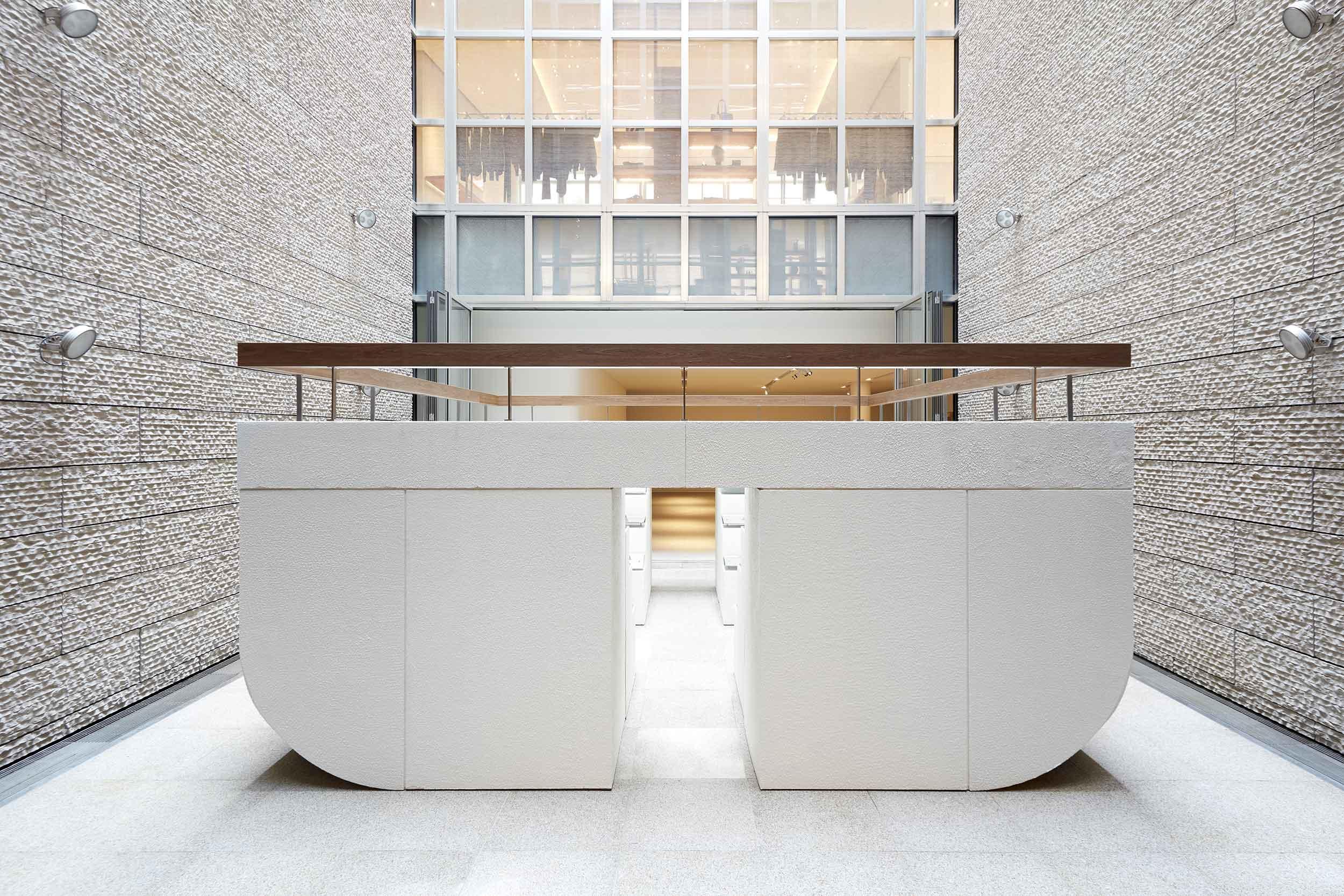 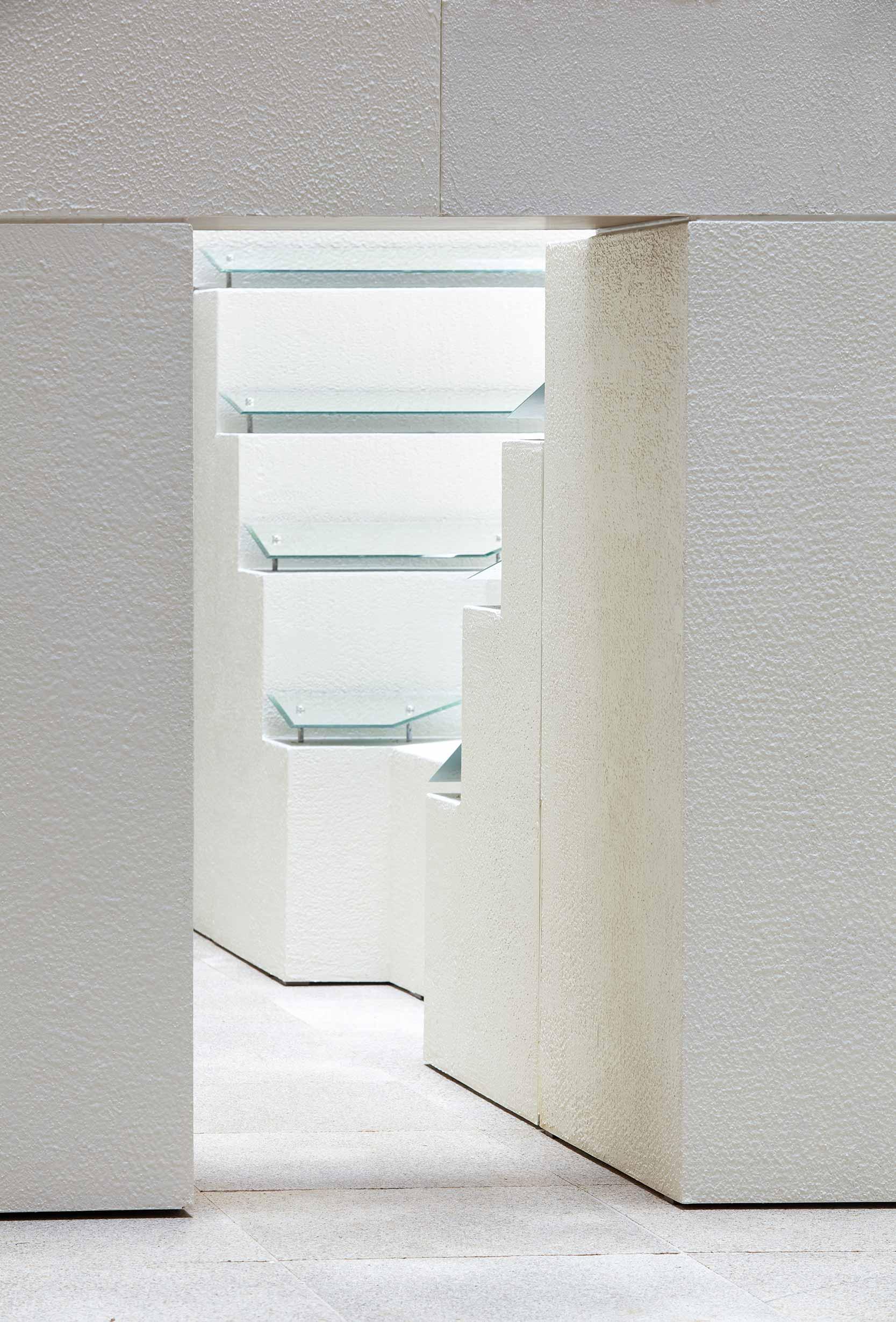 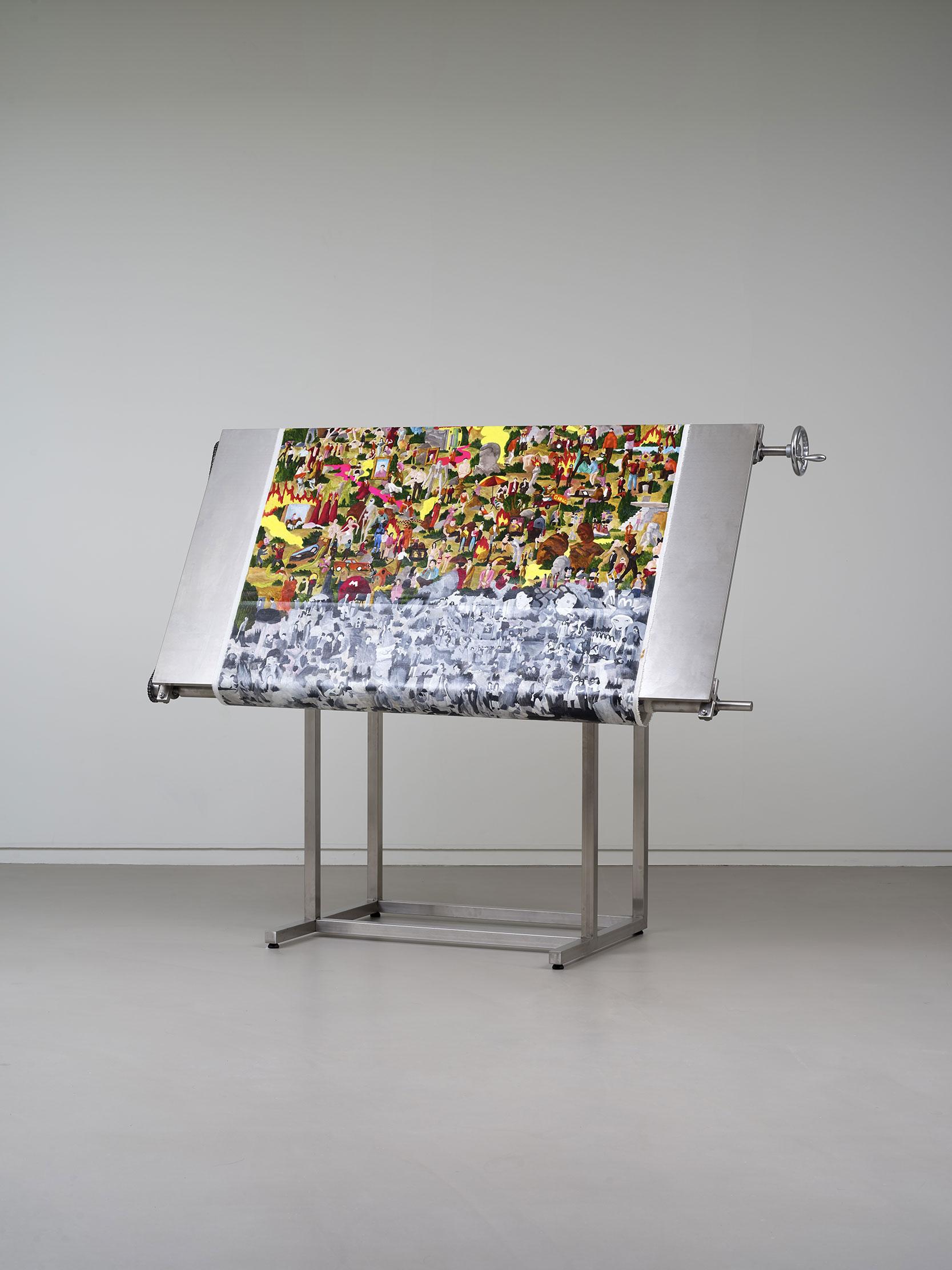 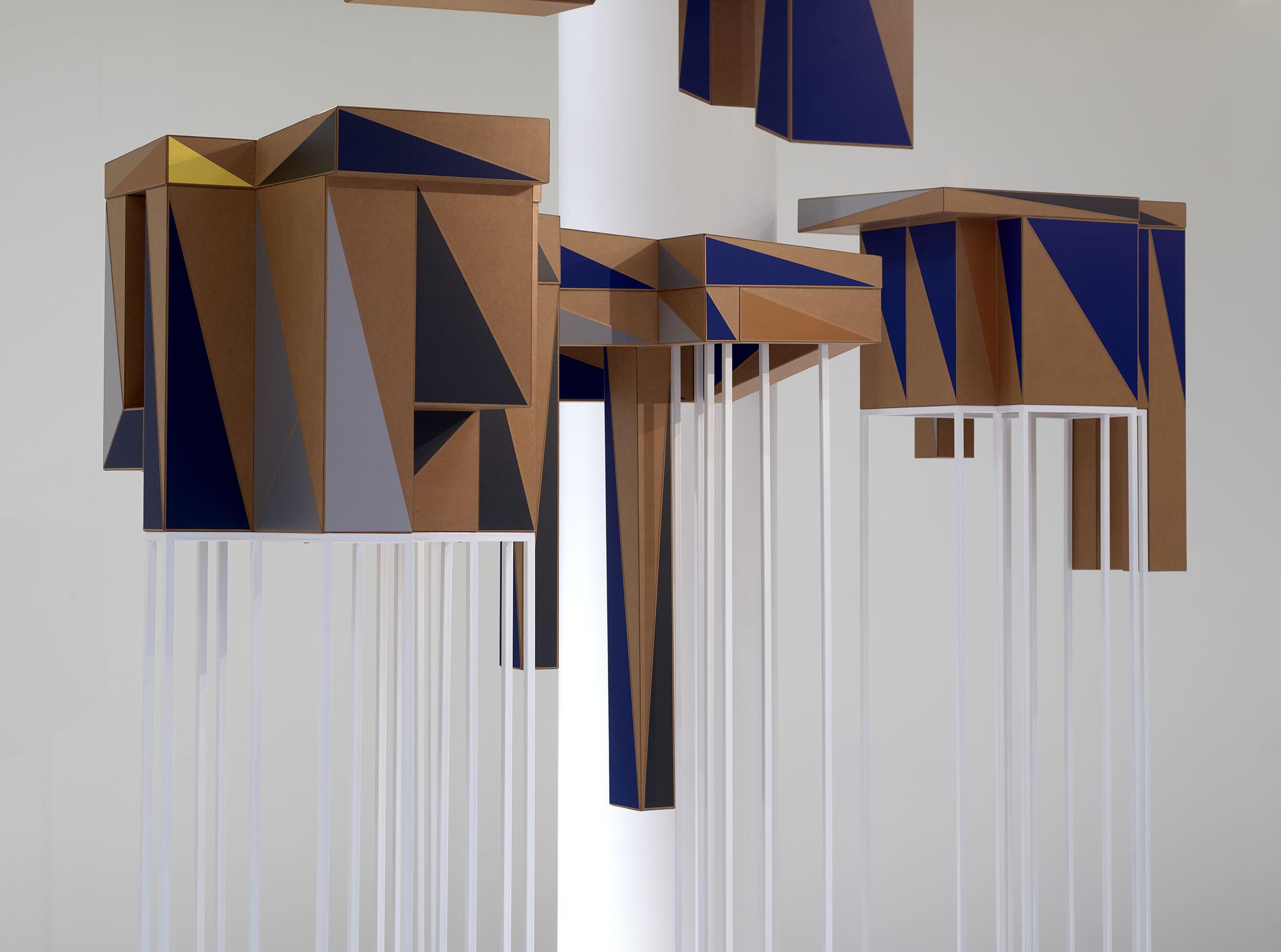 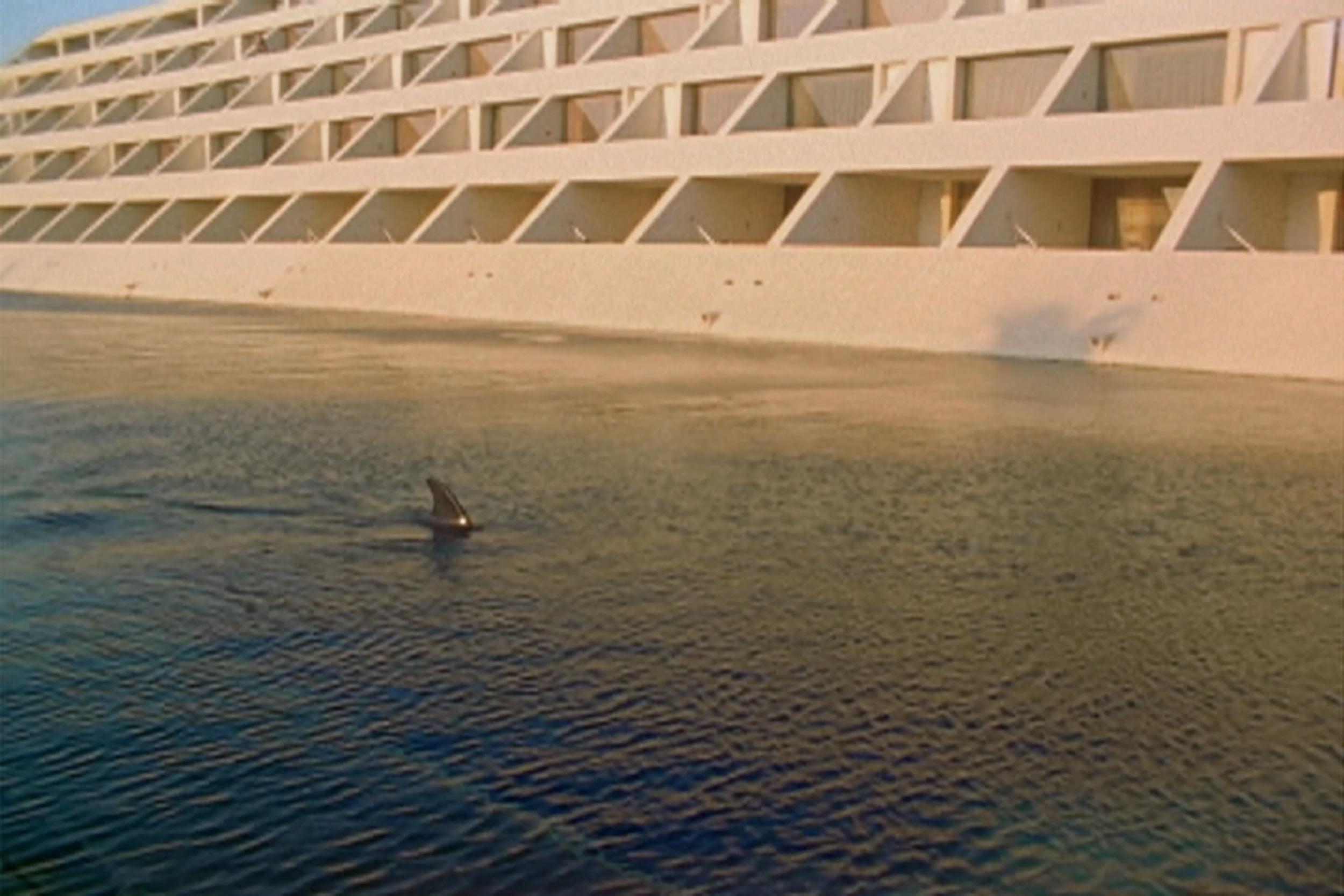 Cyprien Gaillard, "Everything but Spirits", 2020, double exposure polaroid
The artistic programming of Atelier Hermès in Seoul stands out for its support of the contemporary Korean scene, in particular with the exhibition by Sojung Jun, 18th laureate of the Hermès Foundation Missulsang and the collective exhibition “Elsewhere”, that highlights the work of five Korean artists. In welcoming a solo project by Cyprien Gaillard, Atelier Hermès also contributes to the promotion of French art abroad.

With curator Soyeon Ahn now overseeing its artistic direction, Atelier Hermès hosts “Au Magasin de Nouveautés”, a project by Sojung Jun (b. 1982), 18th laureate of the Hermès Foundation Missulsang, a biannual prize awarded to emerging Korean artists. Ahead of this exhibition, Jun undertook a four-month residency in Paris in 2019. During her stay she was guided by the writings of Korean poet Yi Sang (1910-1937), borrowing the title of one of his poems as the name of the exhibition. The artist produced a video that juxtaposes her contemporary urban exploration of Seoul, Paris and Tokyo with the writings of Yi Sang, who theorised about a “modernity of imitation”. This ambitious video work is accompanied by a series of sculptures created using recycled materials. Jun also presents an essay dedicated to the poet’s work, created from her exchanges with fellow admirers of his oeuvre. Through these multiple facets, her exhibition explores the tensions inherent in the act of translating history, culture and time.

The subsequent exhibition, “Elsewhere”, brings together five Korean artists whose work explores this eponymous notion. In the face of the contemporary imperative of the “here and now”, this group exhibition offers five artistic propositions that suggest alternative ways of being: a backwards sculpture (Kim Donghee), a secret room (Kim Heecheon), a drawing based on repetition (Noh Sangho), a documentary video (Son Kwangju) and an upside-down urban landscape (Cho Jaiyoung) serve as a series of invitations to consider an invisible, parallel reality. These approaches together point to a single conclusion: life is elsewhere!

A solo exhibition by French artist Cyprien Gaillard (b. 1980) brings 2020 to a close. The laureate of the 2010 Prix Marcel Duchamp, he is recognised for his singular perception of the contemporary world, at the crossroads of civilisation and nature and of subculture and the sublime. At Atelier Hermès, Cyprien Gaillard presents twenty-four Polaroids, twenty of which were shot this year in Los Angeles. Entitled “Everything But Spirits”, this recent series superimposes images of plants and of bottles of alcohol using a double exposure technique, a means for the artist to juxtapose once again the natural environment with the pitfalls of consumption. In this, the series recalls two previous video works, which are also presented here: The Lake Arches (2007) and Cities of Gold and Mirrors (2009). Both of them stage encounters between man and nature in a postmodern architectural context. An archaeologist of the present, Cyprien Gaillard continues to develop a complex and ambiguous oeuvre that oscillates between a romantic fascination for civilisation’s ruins and an unsettling portrait of humanity in the age of consumerism.

Lieu
Atelier Hermès
Séoul
South Korea
Sojung Jun, 18th laureate of the Hermès Foundation Missulsang, explores the tensions inherent in the act of translating history, culture and time.
The exhibition "Elsewhere" brings together five artists from the contemporary Korean scene around the theme of the "elsewhere".
Invited by Atelier Hermès, French artist Cyprien Gaillard once again juxtaposes the natural environment with the pitfalls of consumption. 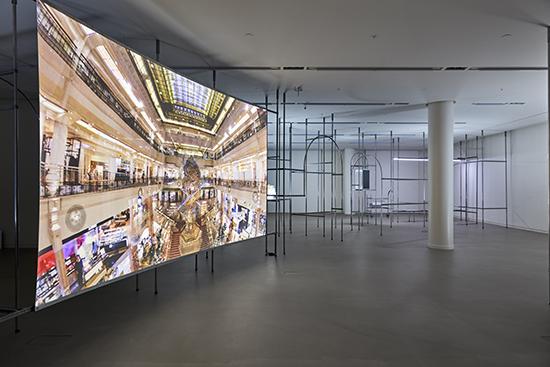 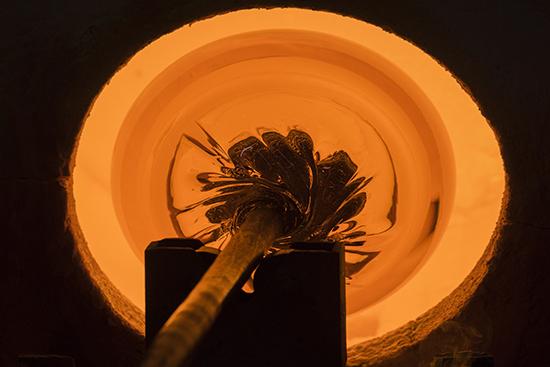 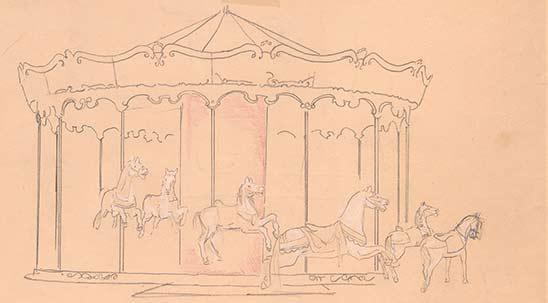