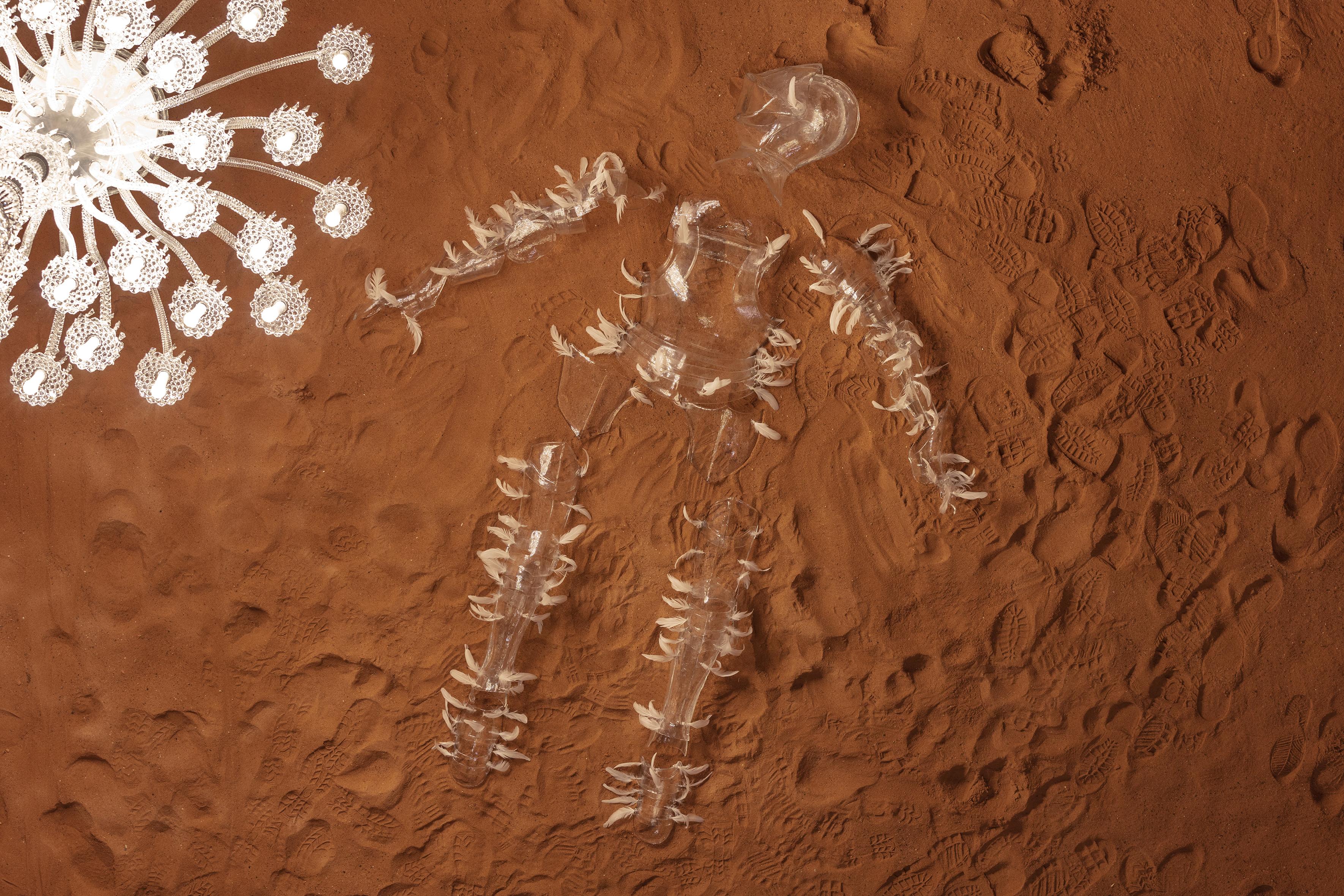 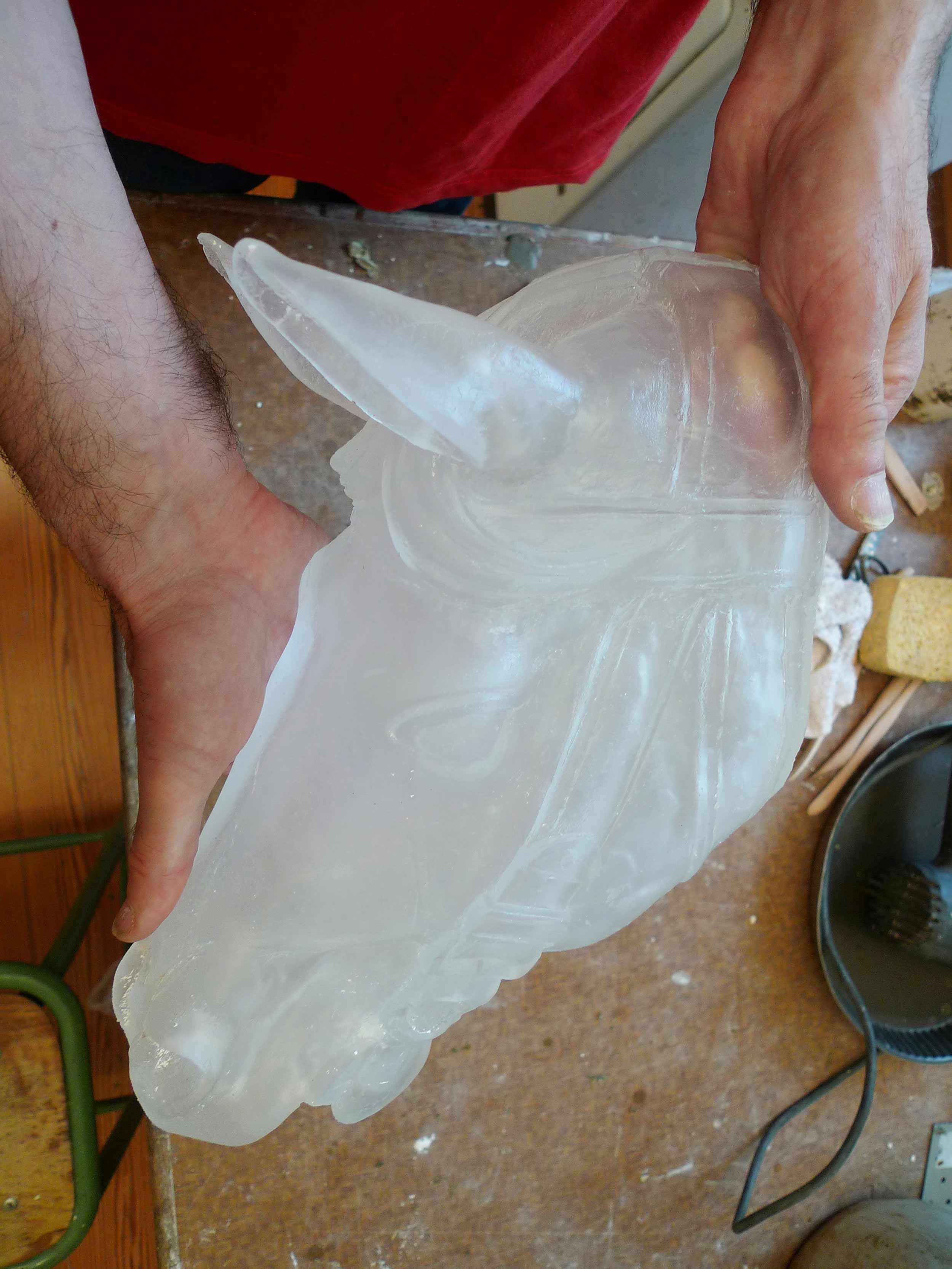 What better setting than La Grande Place for Patrick Neu’s “Manège”? Alongside the exceptional objects in the Musée du Cristal Saint-Louis’s permanent collection, Patrick Neu invites the public to immerse themselves in the theme of childhood. This evolving exhibition, which features two impressive wax horses, will develop in the coming weeks as further pieces are moulded at Saint-Louis using the technique of lost-wax casting. The resulting crystal carousel is intended to imbue the space with the atmosphere of this whirling fairground ride, accentuated by the spiral layout of the exhibition space around a central light well.

These wax and crystal horses are also an invitation to enter a refined, dream-like world. A crystal goblet encloses the clash of knights and their steeds, engaged in a lively episode from The Battle of San Romano by Paolo Uccello (1397-1475). The scene, whose original is in the National Gallery in London, is reproduced here in lampblack – a masterpiece of finesse and precision that displays Neu’s virtuosity. Another artistic reference is the Four Horsemen of the Apocalypse by Albrecht Dürer (1471-1528); here, they surge forth in a glass plate thanks to the same delicate technique. These courtly scenes seem to have escaped from two life-sized suits of armour made in Saint-Louis crystal. One is inspired by Japanese Samurai; the other, Western in style, languishes at the bottom of the central well surrounded by feathers, a discarded helmet lying nearby. It’s up to visitors dream up the stories that link these marvellously delicate pieces.

Playing on contrasts – between the fairy-tale and the courtly, the fragility of the material and the strength of the horses and suits of armour – Neu’s works bring together the power of craft and the virtuosity of art. “Manège” is both a technical challenge in pursuit of a poetic ideal, and the culmination of a close, daily collaboration between the artist and the team of craftspeople whom he leads as creative director at Saint-Louis.

Following exhibitions at major institutions including the FRAC Lorraine in Metz, the Palais de Tokyo in Paris, and MAMCO in Geneva, the Fondation d’entreprise Hermès is proud to exhibit Neu’s work in partnership with the Cristallerie Saint-Louis and La Grande Place. A precious and complex immersion in childhood, this “Manège” is also a glittering reflection of the skill of an artist who has tirelessly pushed the boundaries of his own practice.

Disciplines
Visual arts
Lieu
La Grande Place
Saint-Louis-lès-Bitche
France
Patrick Neu’s works bring together the power of craft and the virtuosity of art
This “Carousel” is an invitation to enter a refined, dream-like world
Saint-Louis’s creative director, Patrick Neu is also a renowned artist on the French contemporary scene