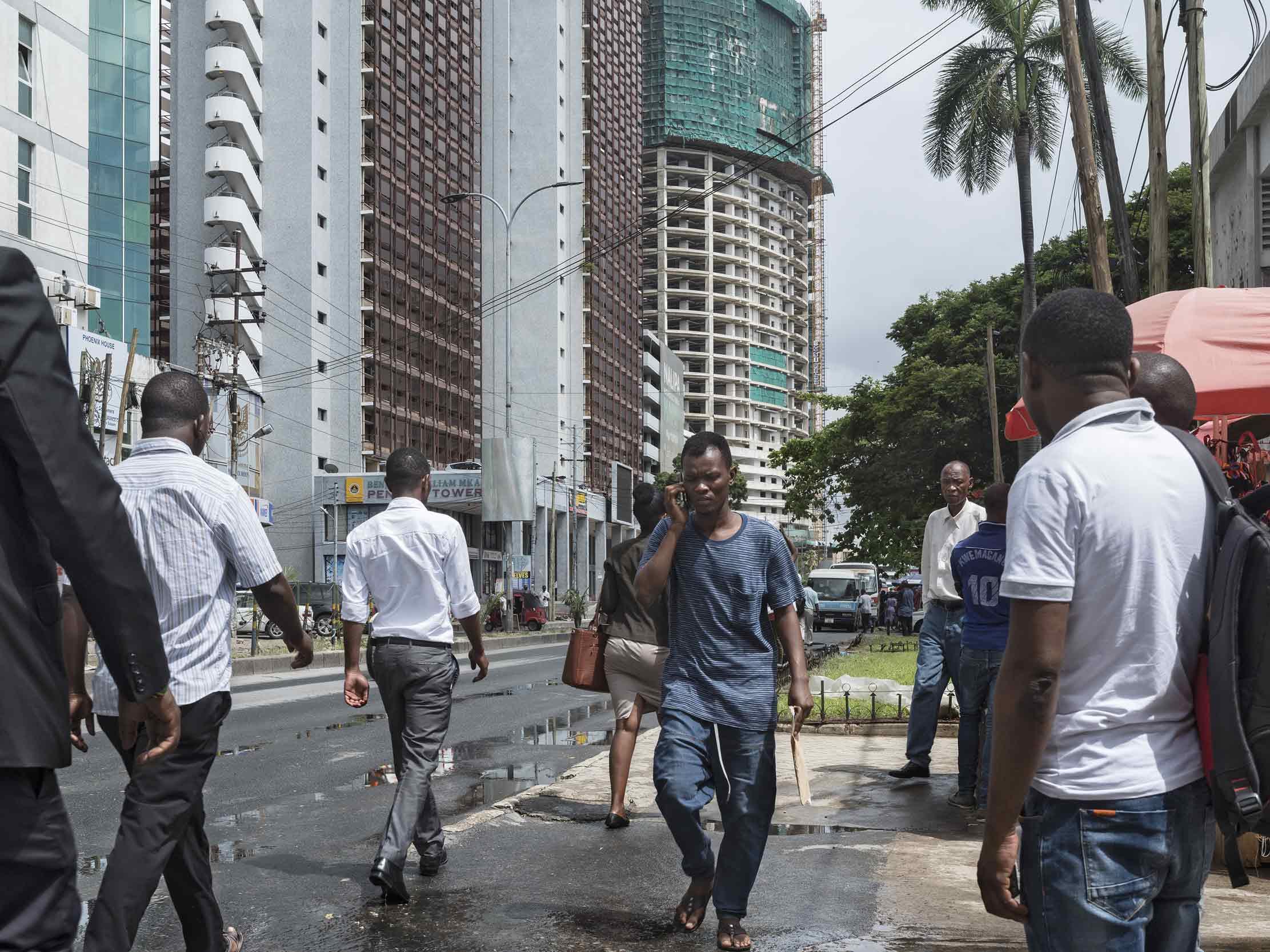 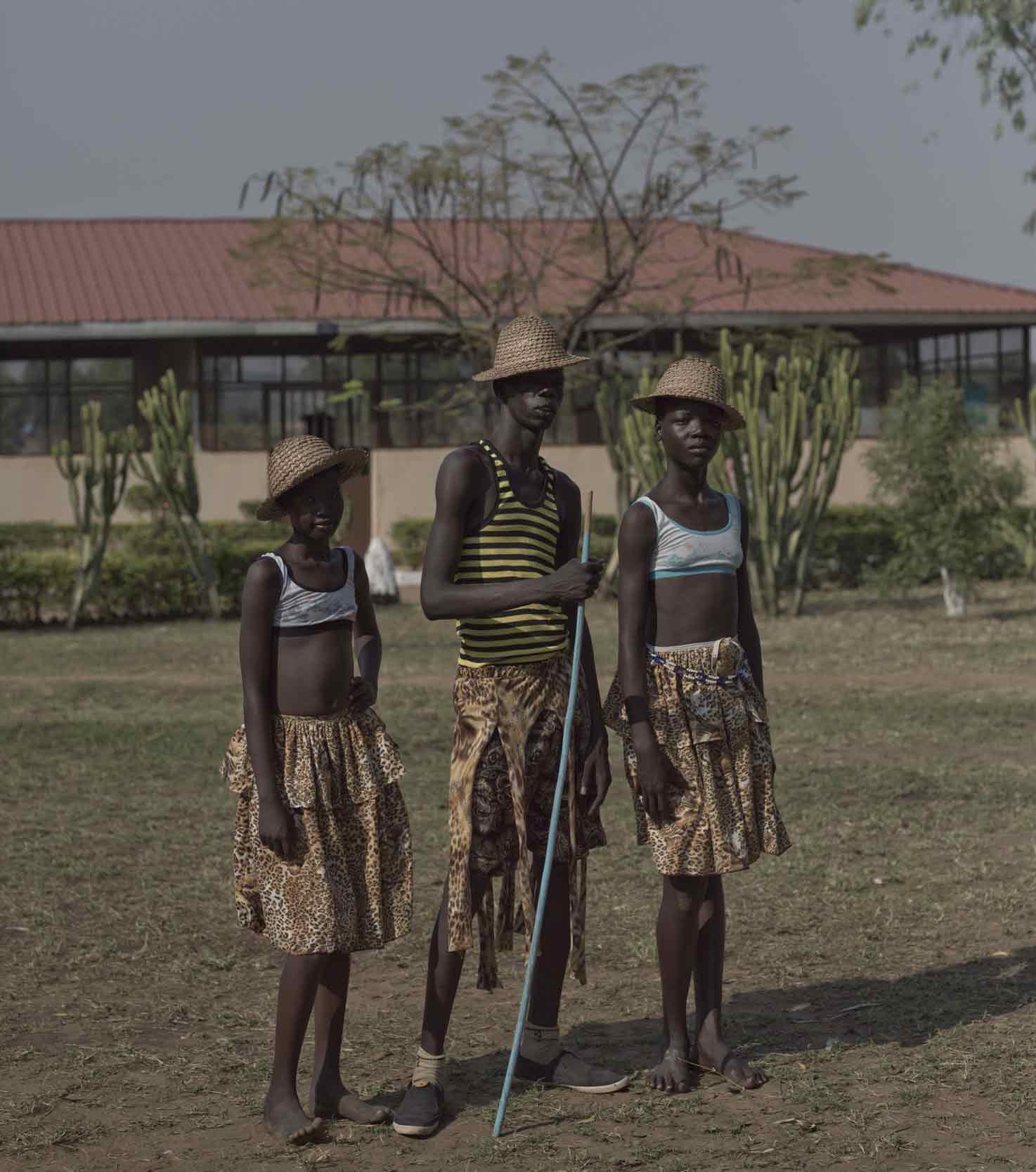 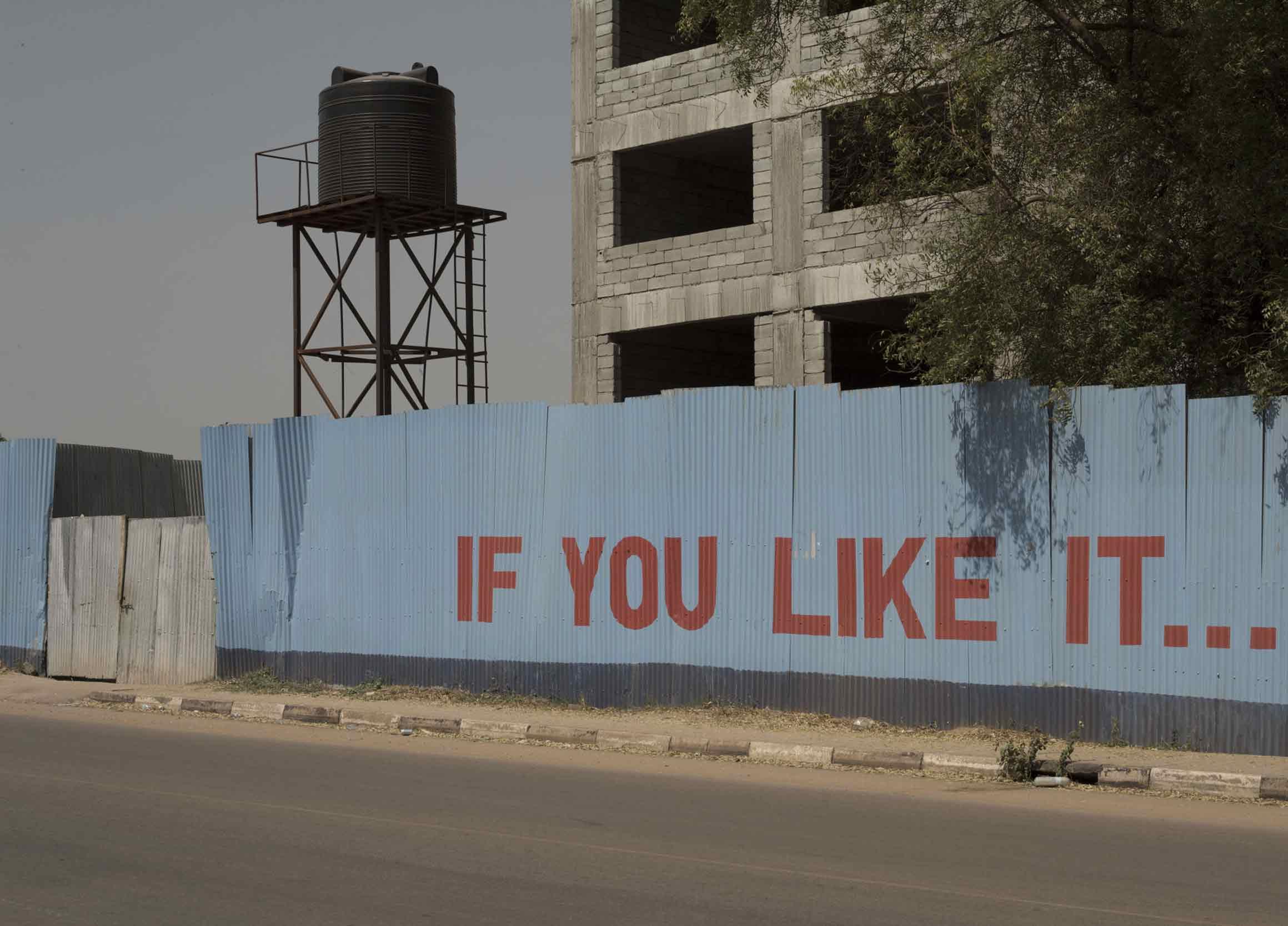 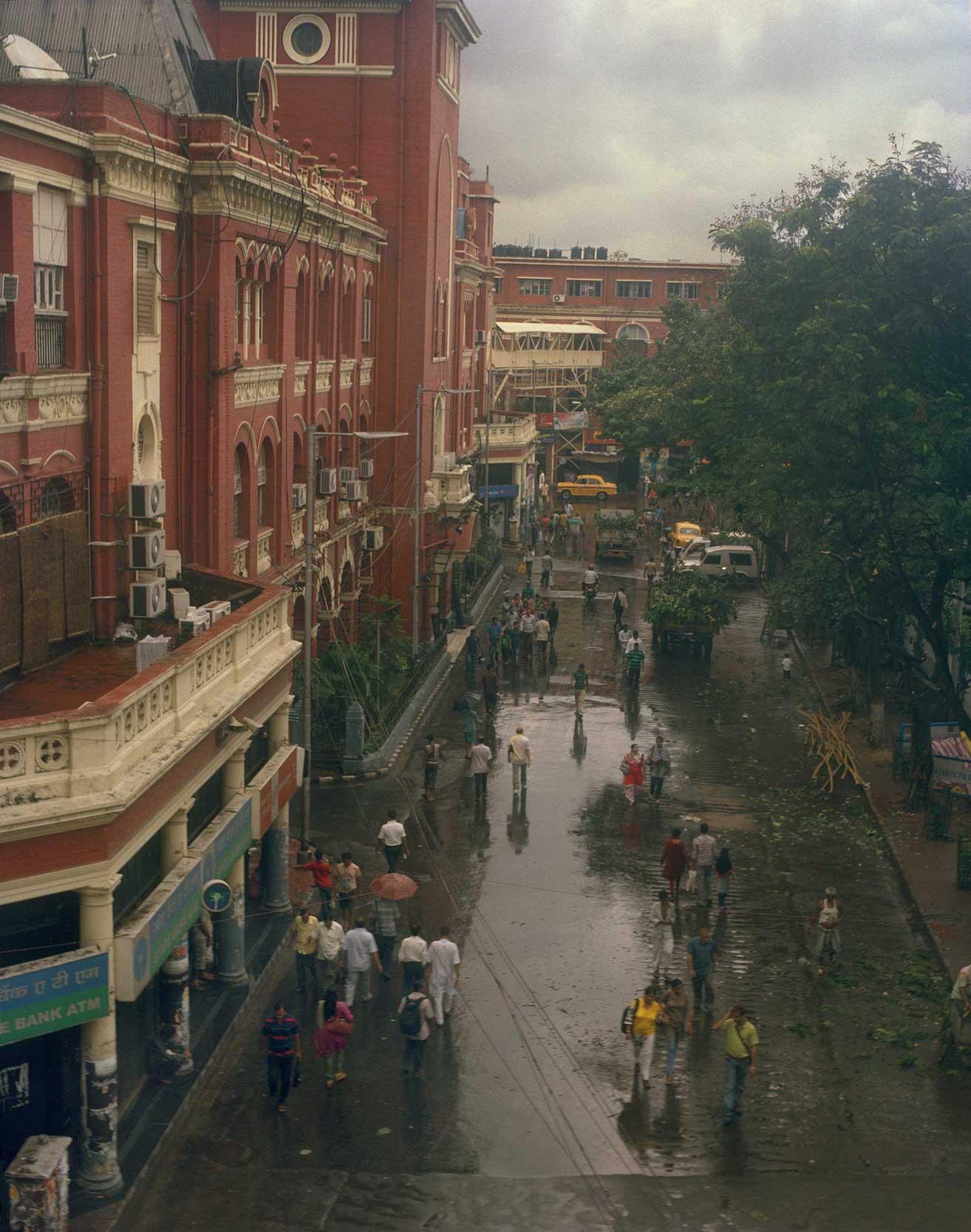 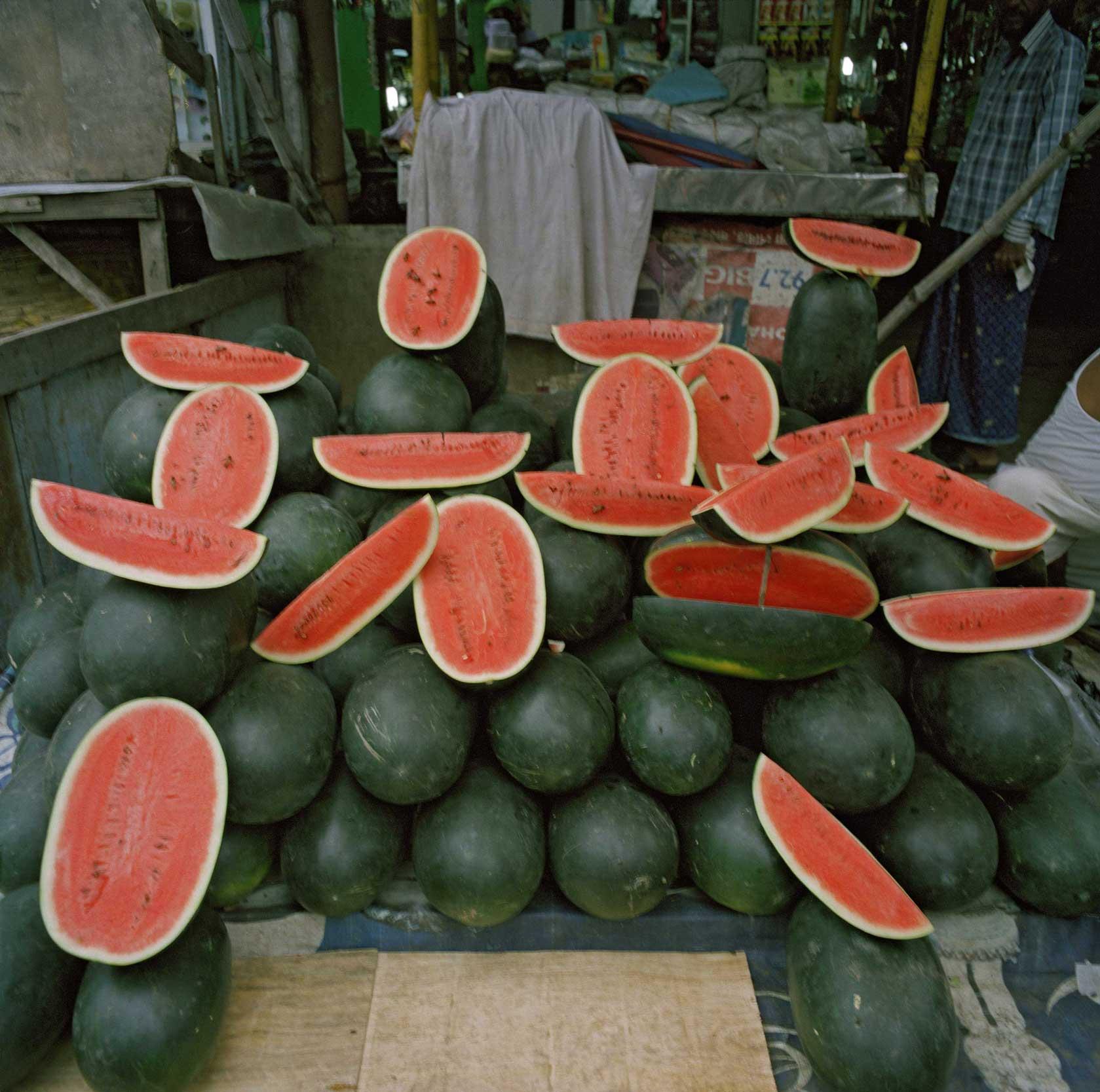 Patrick Faigenbaum (HCB Award winner 2013), Watermelons, in the Rajabazar neighborhood, North Kolkata, July 2014 © Patrick Faigenbaum
Since 2013, the Fondation d’entreprise Hermès has been the exclusive patron of the Henri Cartier-Bresson Award. Every two years, the HCB Award is awarded by an international jury to a seasoned photographer whose work shows a documentary approach. It enables the selected photographer to carry out a project that could not be undertaken without the support of the prize. Each laureate has eighteen months to bring their project to fruition ahead of a solo exhibition and a dedicated publication.

From its very beginnings, the Fondation d’entreprise Hermès has made photography a priority amongst the various artistic fields that it supports; the partnership begun in 2013 with the Henri Cartier-Bresson Award is a keystone of this commitment. The biennial HCB Award is awarded by the Fondation Henri Cartier-Bresson, an institution created by the famous photographer and his wife, Martine Franck, who was herself a photographer. The grant that accompanies the prize allows its laureates to undertake ambitious projects that are subsequently showcased in solo exhibitions at the Fondation Henri Cartier-Bresson in Paris and in dedicated publications. As part of the partnership between the Fondation d’entreprise Hermès and the Aperture Foundation, the 2013 and 2015 HCB Award laureates, Patrick Faigenbaum and Claude Iverné, also exhibited their work at the Aperture Gallery in New York.

Thanks to the HCB Award, which he was awarded in 2013, Patrick Faigenbaum (b. 1954, France) developed a project dedicated to an Indian artist, Shreyasi Chatterjee, photographing her in her family and professional environments. Over the course of six trips to India and a number of key encounters, the photographer progressively enlarged his project to encompass the wider community. His work offers a voyage through the metropolis of Kolkata that includes public figures alongside intimate rites and private scenes. In 2015, his solo exhibition “Kolkata/Calcutta” at the Fondation HCB featured thirty large-format works. It was accompanied by a book and later exhibited in a new format at the Aperture Gallery.

In 2015, photographer Claude Iverné (b. 1963, France) was awarded the Prix HCB for his project “Sudanese Photographs, Gazelle River”. Thanks to the Prize, he was able to carry out a major work around the birth of the Earth’s 193rd nation, South Sudan. Having previously depicted the north of Sudan in black and white, Iverné opted for colour to magnify the portraits, school uniforms, walls and everyday objects of the new country to the south. In 2017, this work was featured in the exhibition “Bilad es Sudan” at the Fondation HCB in Paris and at the Aperture Gallery in New York. In France and the United States, the photographer narrated his relationship with this complex region through over a hundred prints, documents and objects, from early images of the desert to more recent portraits of exiled Sudanese citizens in France.

In 2017, the HCB Award was awarded to Guy Tillim (b. 1962, South Africa) for his project “Museum of the Revolution”. For several years, Tillim has photographed the streets and the avenues of African cities, including Johannesburg, Maputo, Luanda, Harare, Libreville, Addis Ababa and Nairobi. Thanks to the prize, he was able to continue his travels in the streets of Dakar, Accra, Kampala and Lagos, documenting urban landscapes that were often laid out in grand style by the colonial power before being renamed and transformed after independence. In 2019, his works feature in a solo exhibition in the new Paris exhibition space of the Fondation Henri Cartier-Bresson.

The winner of the 2019 Prix HCB, Mathieu Pernot (b. 1970, France), evokes the 19th-century romantic tradition of the traveller in the title of his programmatic project, Le Grand Tour. However, far from discovering ancient civilizations, the photographer embarks on a return to his own roots in a quest to uncover his family history. His journey begins in Tripoli, Lebanon, his father’s birthplace. Traversing regions that have faced severe hardship as a result of numerous conflicts over the past decade, Pernot’s investigation engages with one of the most tragic episodes of our recent collective history. This new series by Pernot will be presented in a solo exhibition at the Fondation Henri Cartier-Bresson in early 2022.

Disciplines
Photography
Visual arts
Lieu
Fondation Henri Cartier-Bresson
France
Since 2013, the Fondation d’entreprise Hermès has been the exclusive patron of the Prix Henri Cartier-Bresson.
The biennial HCB Award is awarded to a seasoned photographer whose work shows a documentary approach.
The projects of selected laureates feature in solo exhibitions and dedicated publications.