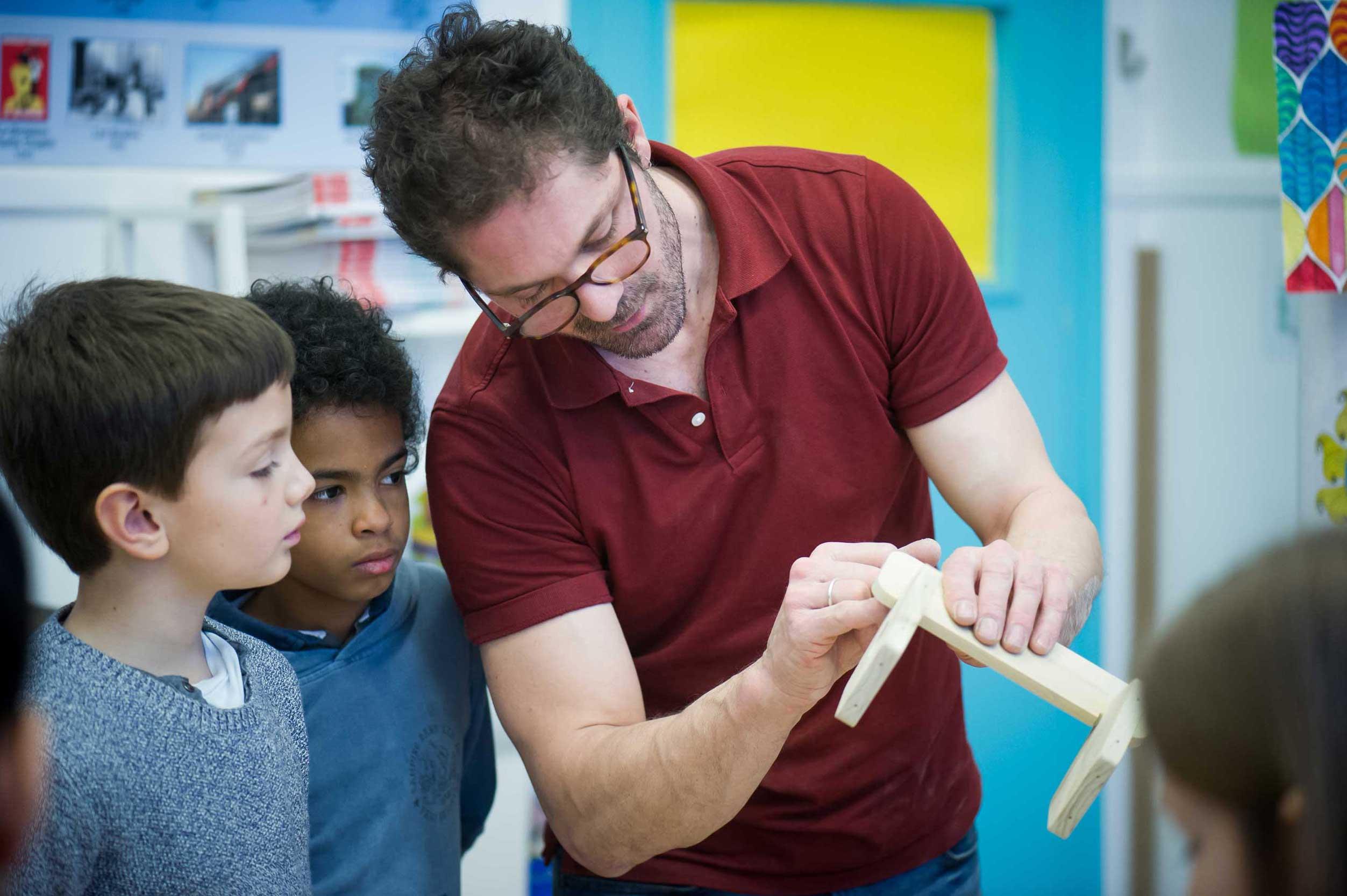 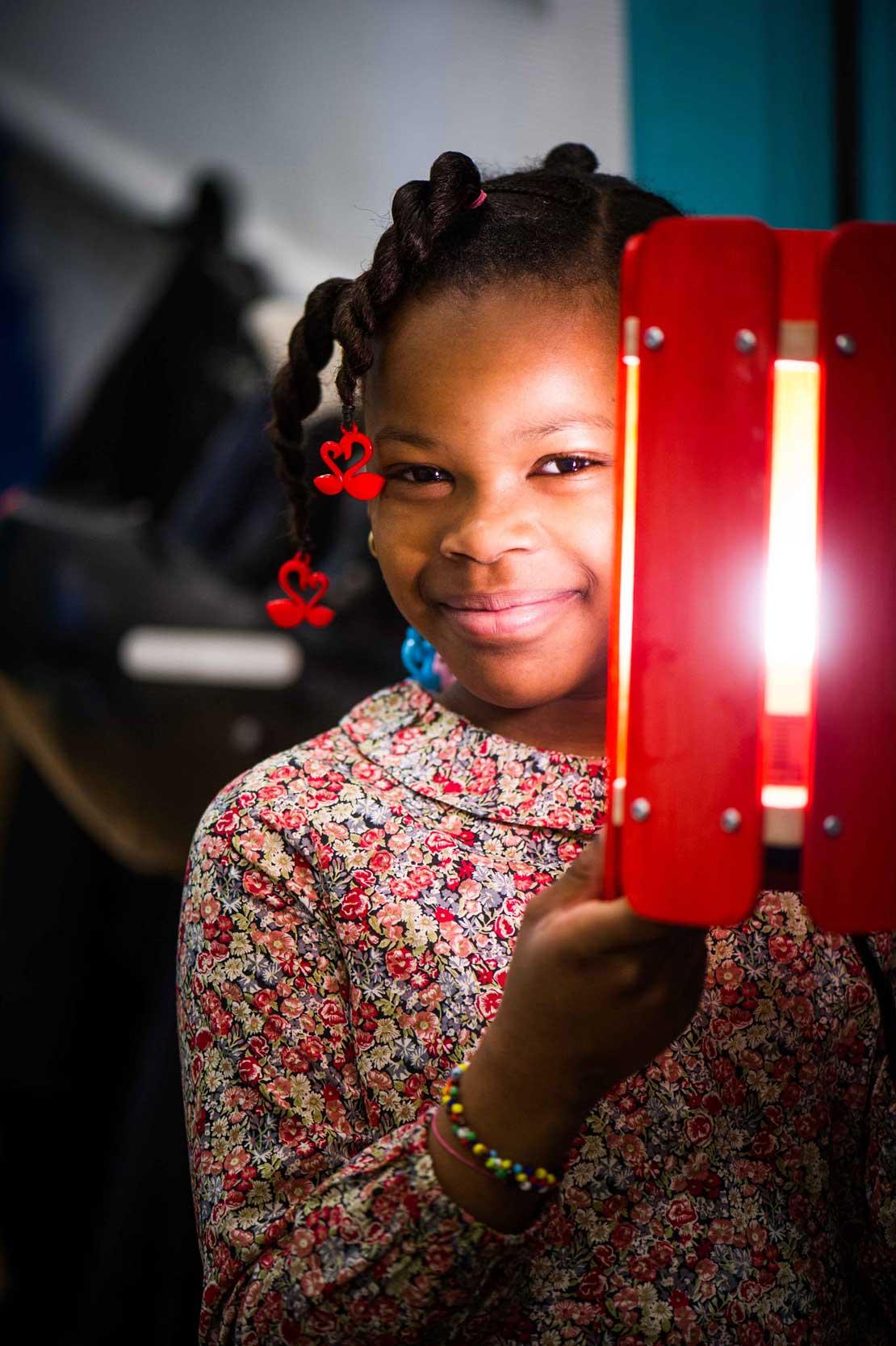 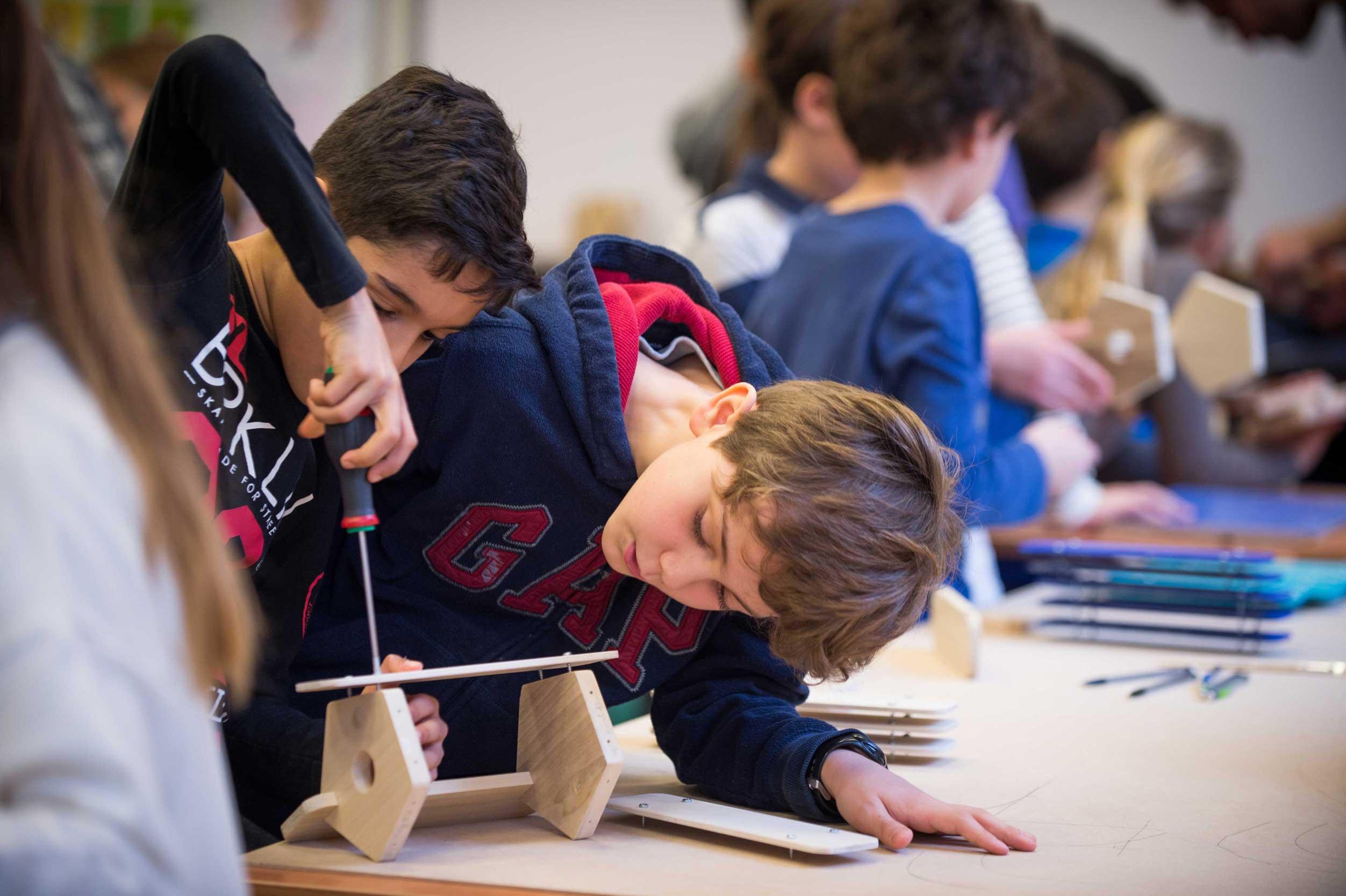 Manufacto, the Skills Factory © Benoît Teillet
In 2016, the Fondation d’entreprise Hermès began an original programme for schools, dedicated to the discovery of artisan skills: Manufacto, The Skills Factory. For its pilot edition, the programme was rolled out in six schools in the Paris area. From an introduction to the world of forms to an immersion that brings together technical practices with the pleasure of creating, each participating child produces an object they can take pride in.

Manufacto, The Skills Factory aims to promote craft skills amongst schoolchildren of all ages (primary school, middle school and secondary school). Overseen by a team of specialists including a craftsperson, participating pupils each create an object over the course of twelve sessions, which all take place in the classroom during school hours, with the exception of a workshop visit.

For the pilot year, six classes took part in Manufacto from across six educational establishments: two primary schools, three middle schools and a secondary school. Designed by the Foundation, the programme was rolled out by the Paris educational board district in collaboration with the Compagnons du Devoir et du Tour de France and in partnership with the école Camondo (Paris). Overseen by a trio of specialists – a carpenter or leather craftsperson, a designer, and an educator – the pupils each create their own object over the course of a series of technical and practical workshops.

Caroline Ziegler and Pierre Brichet, founders of the studio BrichetZiegler and both teachers at the école Camondo, have designed a series of objects for the pupils to make that responded to demanding specifications. A nightlight, a pencil case or a pouch allow them to explore leatherwork, while a portable lamp, a speaker for smartphones and a stool offer an introduction to carpentry. An exercise book is given to each student so that they can take notes on the materials, tools, and the technical gestures they will learn. While the ultimate goal is the production of a finished object, each step of the process offers an opportunity for exciting encounters and discoveries as well as for the pleasure of creation. At the end of the series, each participating pupil leaves with their own hand-crafted object.

Disciplines
Craftsmanship
Design
France
Manufacto is an original programme for schools dedicated to the discovery of artisan skills.
School pupils discover the creative gestures associated with leather craft and carpentry.
At the end of the programme’s twelve sessions, each participating pupil leaves with their own hand-crafted object.