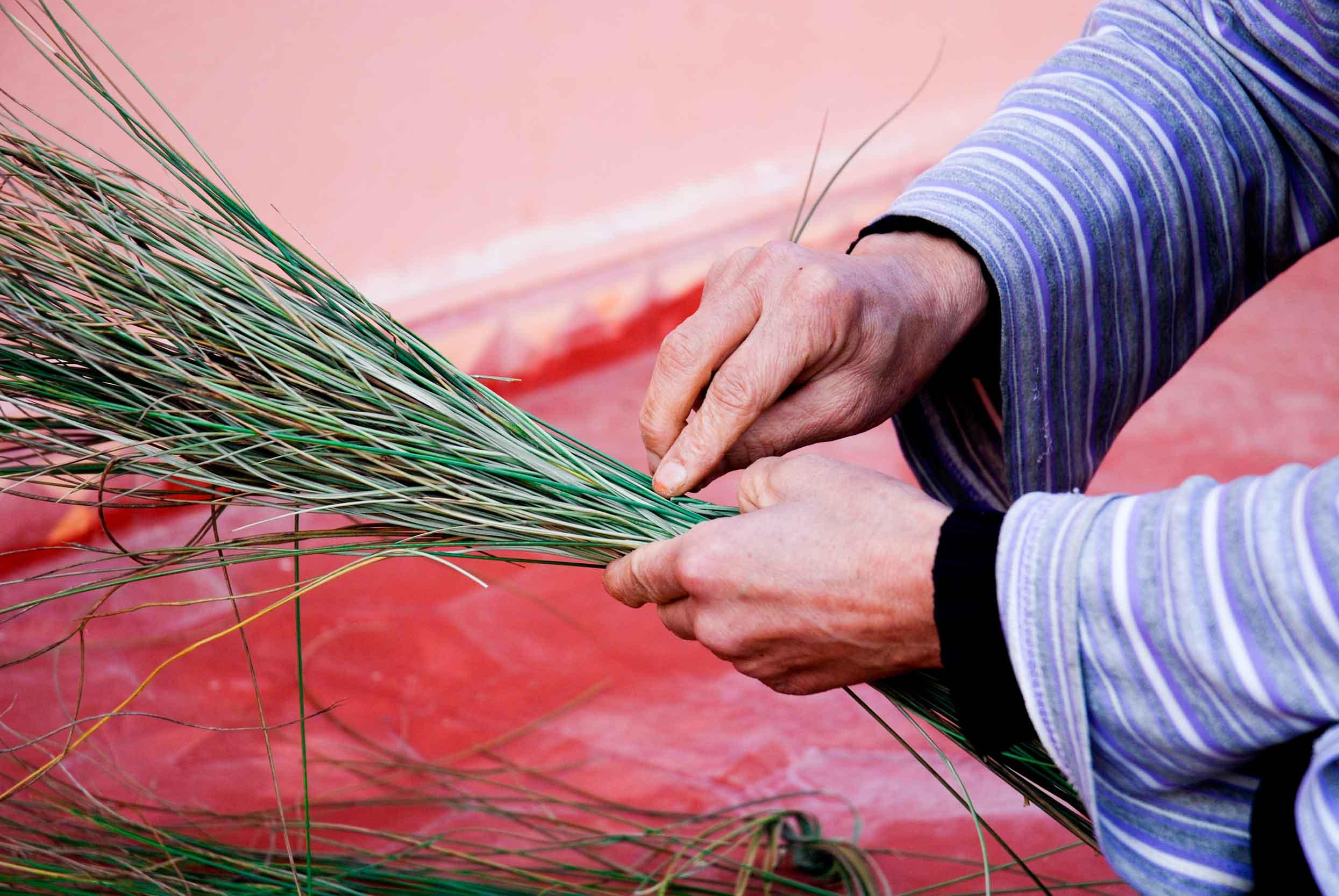 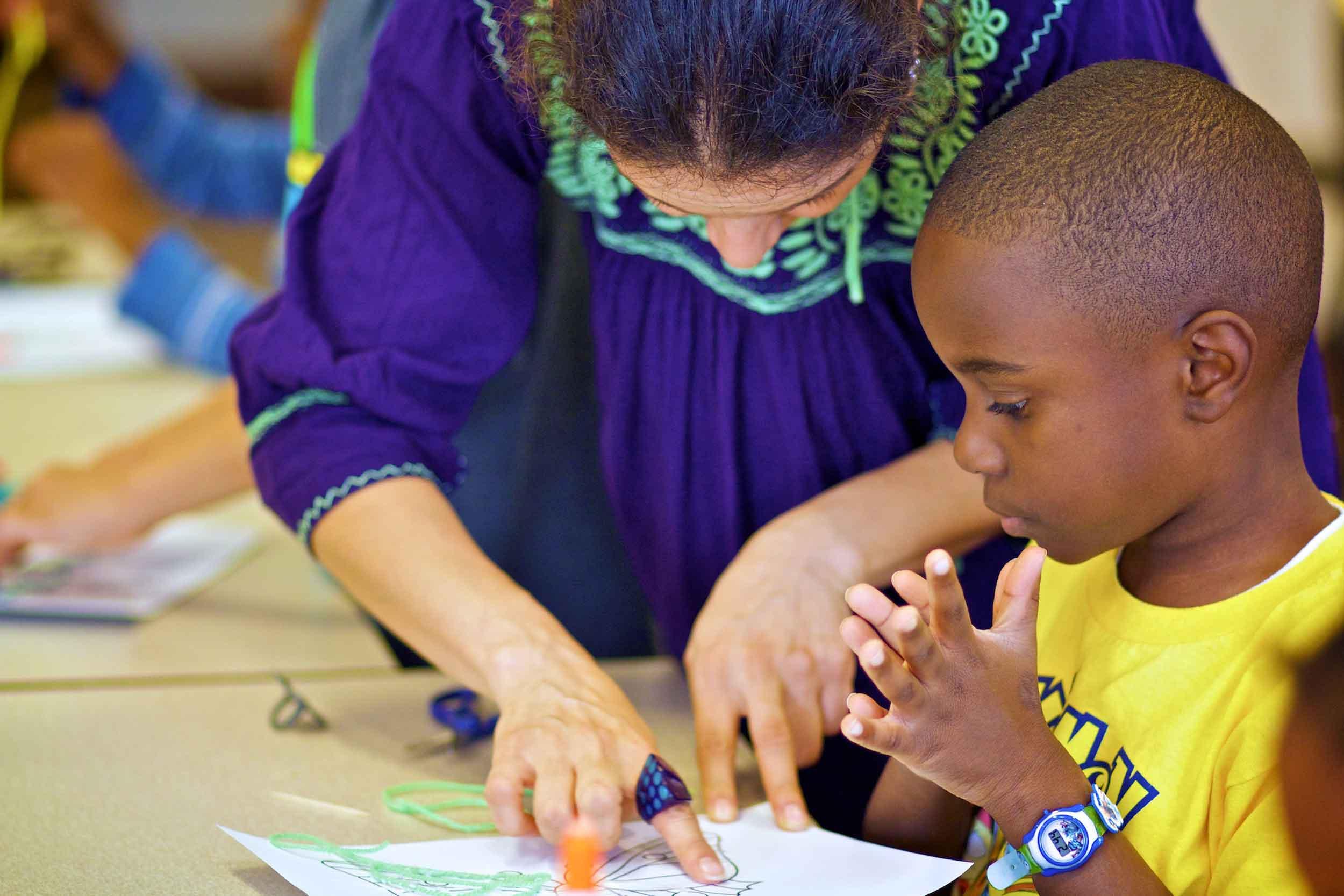 The School of Yes!, United-States © DR 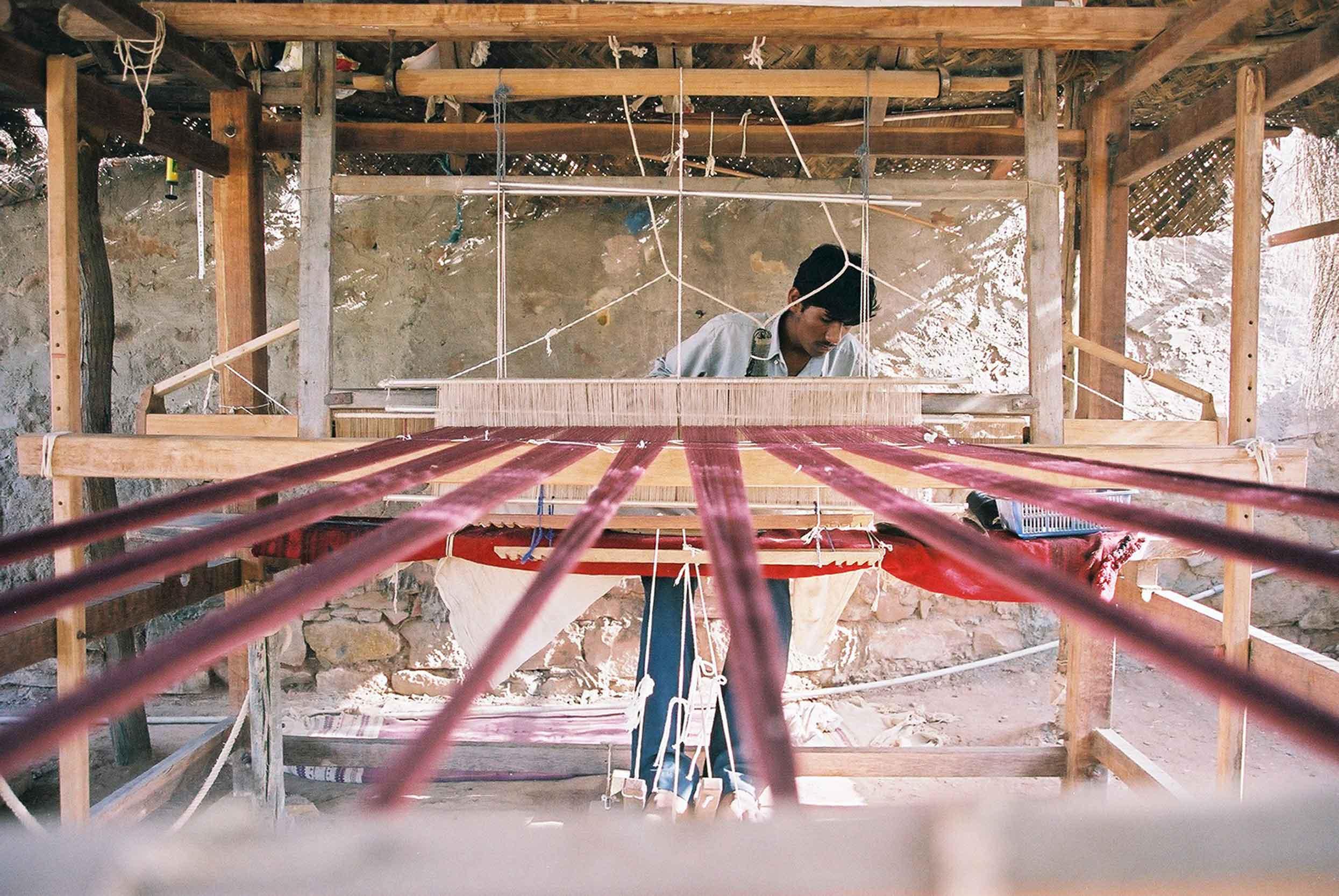 Khamir, weaving workshop, India © Khamir
Through H³, Hermès staff are invited to bring public-interest initiatives in which they are personally involved to the attention of the Foundation. Projects from all over the world are welcomed, and can involve training and education, the promotion of artisan trades, or the preservation of biodiversity. In 2014 and 2015, the programme’s first edition supported and accompanied nineteen projects over a two-year period.

In France, the Liger association organises apprenticeships in the Ardèche region to transmit broom thatching or lauze slate-tile roofing, two traditional techniques that respect the area’s biodiversity.
In the Loire département, the Cildéa association has created an organic produce farm that  welcomes unemployed people and helps them regain confidence in a new professional context.

In Haïti, Entrepreneurs du Monde designs storm-proof structures using locally sourced materials as much as possible. Training sessions are organised to transmit the skills related to this method of construction.

In Italy, the Canova association promotes the restoration of stone architecture throughout the world. Volunteers discover ancestral techniques with the help of local craftspeople.
In Como, the Cometa cooperative offers adolescents workshop apprenticeships alongside specialist craftspeople. Such training simultaneously provides valuable skills to young people whilst helping to sustain a declining artisan sector.
Craft and retraining are at the heart of the e.s.t.i.a. cooperative’s mission. After completing a carpentry course, the inmates of the Milan-Bollate prison work alongside craftspeople in a workshop. The objects they create using plans by young designers then go into commercial production.

In India, the Khamir platform promotes the traditional and multicultural crafts of the Kachchh region. Through training and exhibitions, it encourages younger generations in particular to learn the craft skills of their communities and make them their own.

In Burundi, the Solibu association is helping establish a farm that produces spirulina, a kind of algae which can be used in the fight against malnutrition.

From this first H³ call for projects, the Foundation also chose to support several programmes whose actions help disadvantaged children and disabled people by broadening their professional horizons.

In France, the Equestrian Centre of Haute Ehn in Obernai welcomes adolescents experiencing educational difficulties as part of a work-linked training programme, and offers them the chance to envisage future careers in the equestrian sector.

In the United States, the Cara Mia Theatre company in Dallas has created The School of Yes! for young people unable to afford an art school education. Recognised artists oversee various classes and the works produced by the school’s students are presented publicly.

In Australia, The Australian Children’s Music Foundation offers music lessons to disadvantaged children. The project seeks to help their integration into society by promoting their development through collective cultural practice.

In Madagascar, the association Les Enfants du Soleil works alongside the country’s most vulnerable children. Four residential centres in six villages across the country offer professional training alongside academic learning.

In Singapore, Project Dignity offers disabled people training in the different skills of the restaurant trade, enabling them to acquire professional and financial independence.

In Seoul, the Autism Society of Korea helps young adults living with autism to find a trade that suits them.

Finally, several initiatives whose actions reflect the Foundation’s engagement in favour of biodiversity were also selected.

The rooftop of the CAPC contemporary art museum in Bordeaux hosts La Mine, a set of five beehives connected to an online platform. Data on the bees’ behaviour is transmitted in real-time for analysis by beekeepers and researchers.

In Marseille, a garden brings together children separated from their parents living at Le Mas Joyeux residential home with elderly people from nearby retirement homes. Together with local artists, ecological gardening projects are undertaken by young and old alike.

In Clermont-Ferrand, the Études et Chantiers association was founded to preserve the Puy de Montaudou natural site. This sustainable development programme offers the opportunity to trial the social management of natural sites.In the United States, the Philadelphia Mural Arts Program creates large-scale murals around the city. Restored Spaces, the project supported by the Foundation, concentrates more specifically on ecological questions.