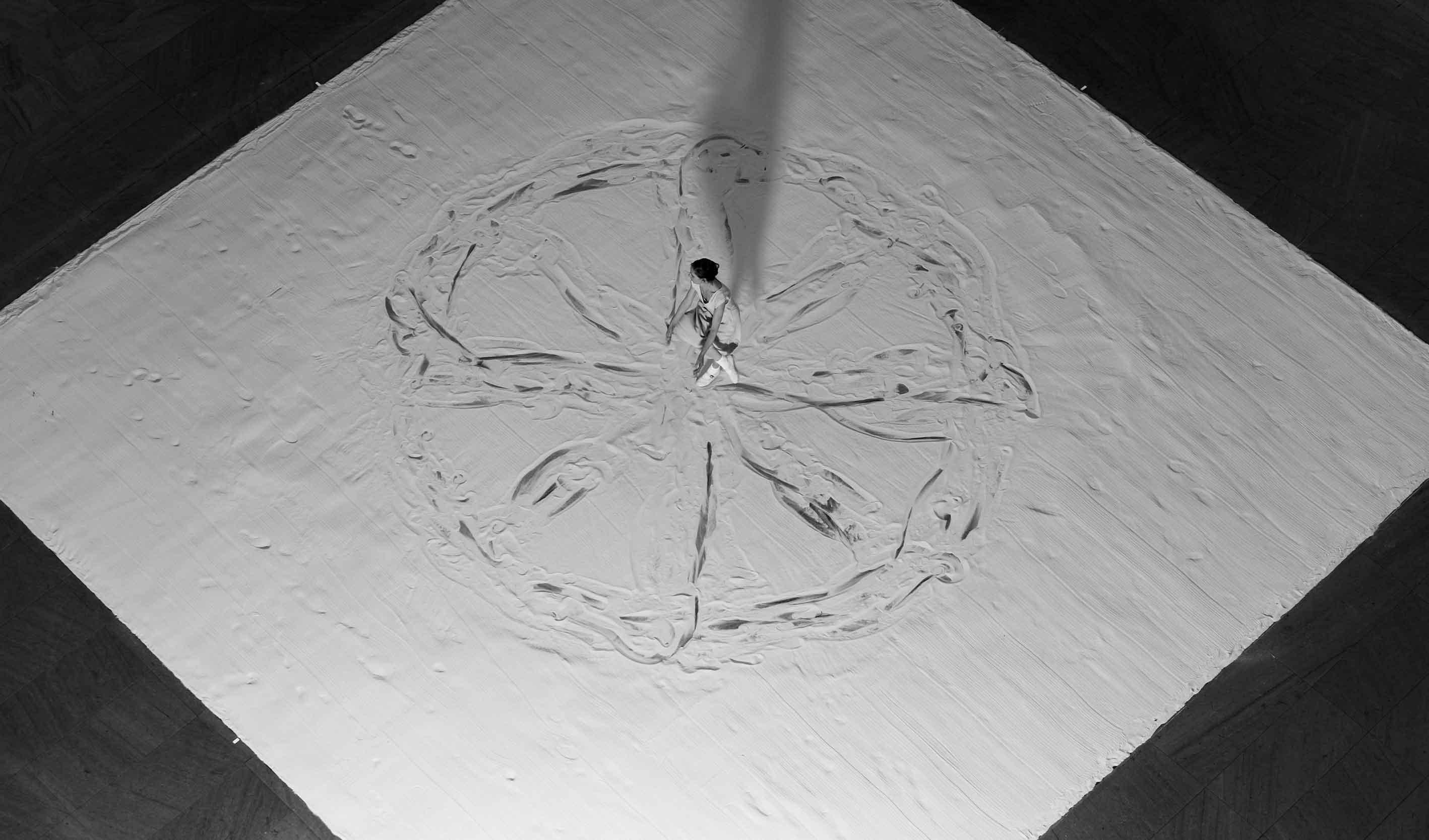 Portrait of Anne Teresa De Keersmaeker © Hugo Glendinning
La Fondation d’entreprise Hermès proudly supports a “Portrait” dedicated to Anne Teresa De Keersmaeker at the Festival d’Automne in Paris. From mid-September until the end of December 2018, eleven historical pieces by this major figure of contemporary choreography are presented in venues across the Île-de-France, in addition to a Slow Walk that will take place on September 23 in the heart of Paris.

This exceptionally ambitious “Portrait” presents a panorama of the work of Anne Teresa De Keersmaeker, from her first choreographic pieces – Fase, Four Movements to the Music of Steve Reich (1982) and Rosas danst Rosas (1983) – to Rain (2001), A Love Supreme (2005, with Salva Sanchis) and Mitten wir im Leben sind/Bach6Cellosuiten (2017). Through a total of eleven pieces, the Festival d’Automne invites us on an immersive journey through thirty-five years of creation. While numerous stages across the Île-de-France host choreographic works, the “Portrait” also features an open-air rendez-vous in the heart of Paris. On September 23, dancers from Anne Teresa De Keersmaeker’s company, Rosas, and P.A.R.T.S., the school that she founded in Brussels in 1995, take to the streets of the capital for a slow walk on a Sunday afternoon. Open to all, this Slow Walk invites participants deliberately to slow their pace in order to experience urban space in an entirely different fashion.

The ambitious scale of this “Portrait” has been made possible by the support of the Fondation d’entreprise Hermès, which has accompanied the project together with the Festival d’Automne in Paris from its inception. This patronage forms part of a long-term partnership that has seen the Foundation lend its support to the Festival’s programme in the form of support for specific pieces (Cédric Andrieux, a concept by Jérôme Bel, 2013; Double suicide à Sonezaki by Hiroshi Sugimoto, 2014) or for entire editions (2015). This year, as in previous years, several pieces accompanied by the Foundation as part of its New Settings programme feature in the Festival.

Disciplines
Performing arts
France
The Fondation d’entreprise Hermès is the patron for the “Portrait” dedicated to Anne Teresa De Keersmaeker at this year’s Festival d’Automne in Paris.
An exceptionally ambitious “Portrait” will see eleven pieces presented at venues across the Île-de-France
On September 23, Slow Walk invites audiences to experience movement through urban space in an entirely different fashion. "Camping" at the CN D

"Camping" at the CN D