Support of the Iddri research project for “Local biodiversity and governance of global value networks”, 2015-2017 program © Iddri
IDDRI is an independent research institution that seeks to facilitate the transition towards sustainable forms of development. It identifies the initiatives and tools to place at the heart of international relations and private and public policy. Between 2009 and 2016, the Fondation d’entreprise Hermès financed a number of projects by IDDRI. This partnership also saw the Foundation and IDDRI jointly organise two international calls for projects as well as a number of conferences.

Relations) brings together an interdisciplinary and international team largely made up of researchers. The Foundation partnered with IDDRI in 2008 to benefit from its expertise and to define new projects to develop. The two organisations recognise the same problematics and share common values, beginning with an awareness that skills and knowledge are often underpinned by a raw material that is extracted, harvested and transformed by craftspeople in territories and ecosystems with which they have learned to work sustainably.

Across the various domains in which it works, the Foundation seeks to respect the long timeframes and sustained focus required by research as an indispensable parameter for understanding subjects as complex as biodiversity. It is also keenly aware that the knowledge that emerges from scientific research is essential for our understanding of our current and future impact on nature. Finally, both the Foundation and IDDRI share a multidisciplinary approach and a commitment to addressing as broad an audience as possible.

In 2011, a first call for biodiversity and local knowledge projects was launched by the Foundation in partnership with IDDRI, in order to encourage innovation in the interfaces between local producers and consumers. Particular emphasis was placed on the skills that underpin local production and their importance for the preservation of biodiversity. Two projects were selected to receive support from the Foundation: the French-Moroccan project “Micromégas” led by the Institut Agronomique Méditerranéen de Montpellier, and “From Biocultural Community Protocols to the Ark of Livestock Biodiversity”, a project in India, Pakistan and Kenya led by the League for Pastoral Peoples and Endogenous Livestock Development.

In 2013, a second call for projects was launched, entitled “Dynamics of Adaptation and Heterogeneity of Knowledge in the Face of Standardization”. The selected projects were “The Traditional Agricultural System in Rio Negro, Northwest Brazil” by the IRD (the Institut de Recherche pour le Développement), “FloreS” by the Université de Lausanne – Institut de Géographie et Durabilité, and “RESEMINA” by Swissaid’s Columbia programme. The teams of laureates benefited from two years of financial support to accompany various communities seeking to preserve ecosystems through the promotion of local skills and knowledge.

Alongside these major actions, the partnership with IDDRI has also given rise to several conferences. These brought scientists together around common problematics, allowing them to share the progress of their research beyond highly specialised milieux. The Foundation has also accompanied a number of initiatives piloted by IDDRI, such as the “INVALUABLE” research programme that was launched in 2012 with nine European partners. IN 2015, the Foundation contributed funding to the research project “Local Biodiversity and Governance of Global Value Chains”. Against the backdrop of COP21, this support made possible the production of an educational video to raise public awareness of environmental challenges.

Disciplines
Biodiversity
Between 2011 to 2016, the Foundation and IDDRI jointly organised two international calls for projects.
The Foundation and IDDRI share an awareness that skills and knowledge are often underpinned by a raw material.
The two institutions share a commitment to addressing as broad an audience as possible. 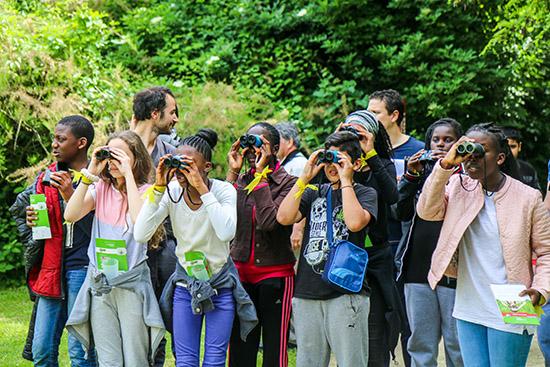