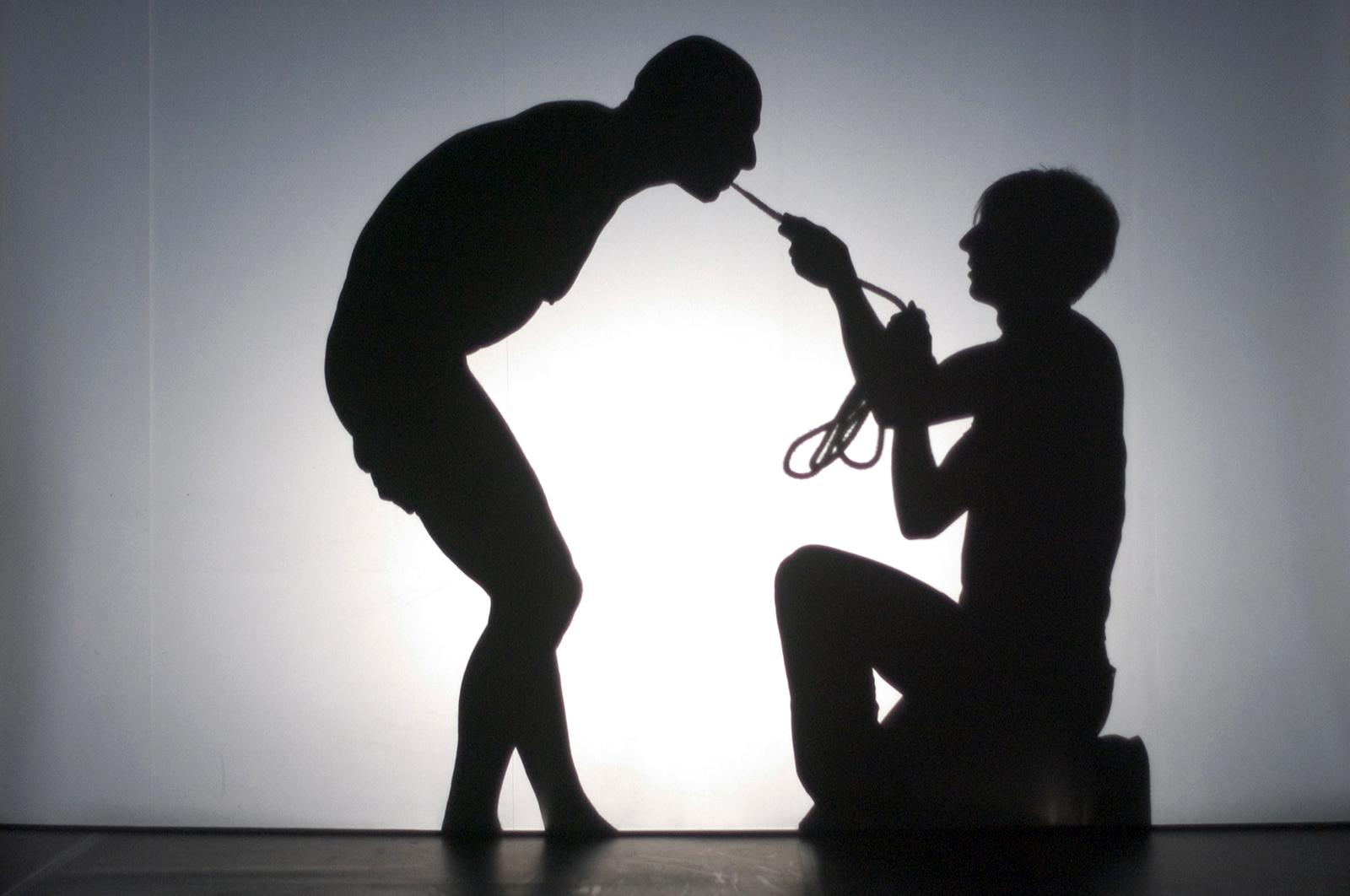 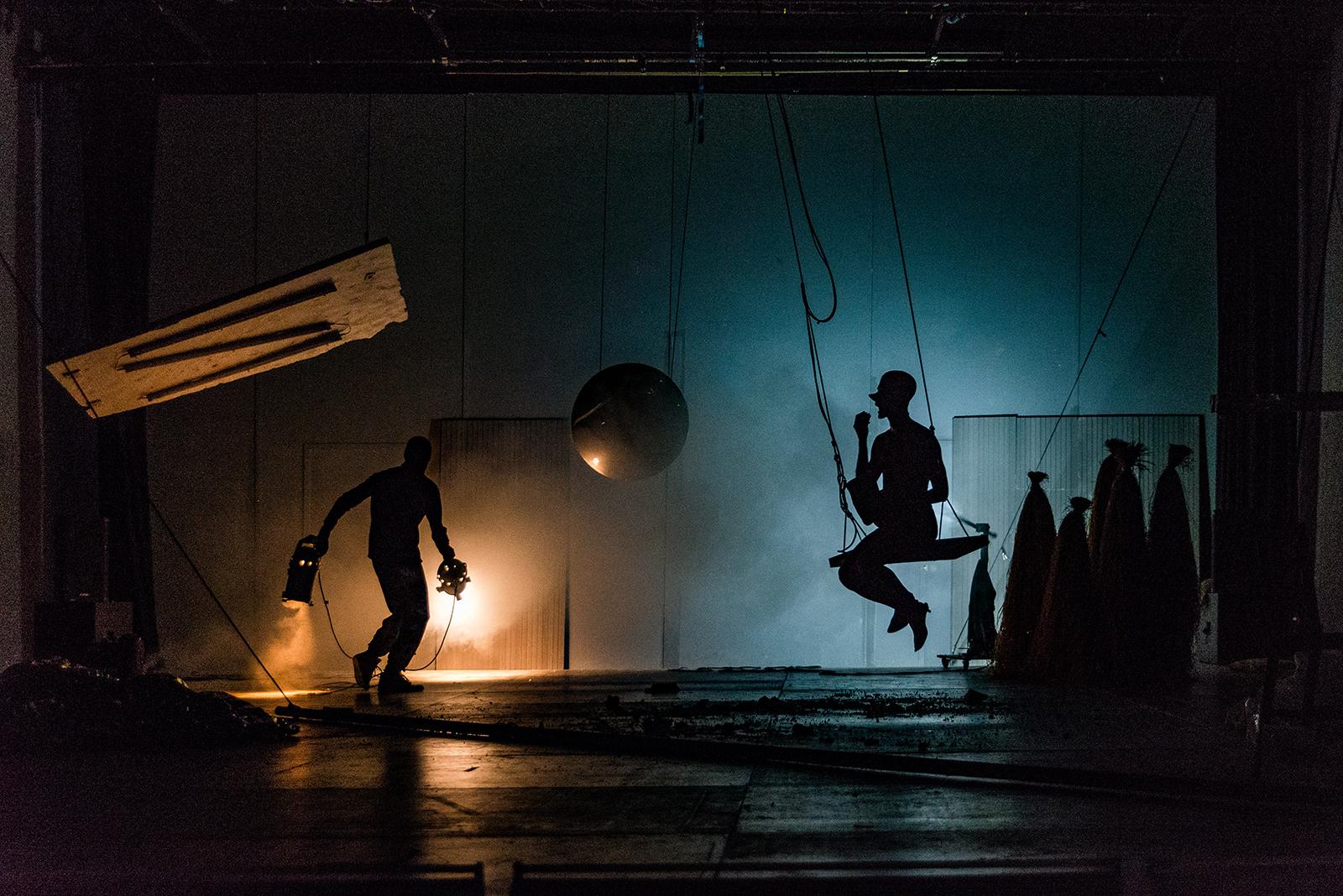 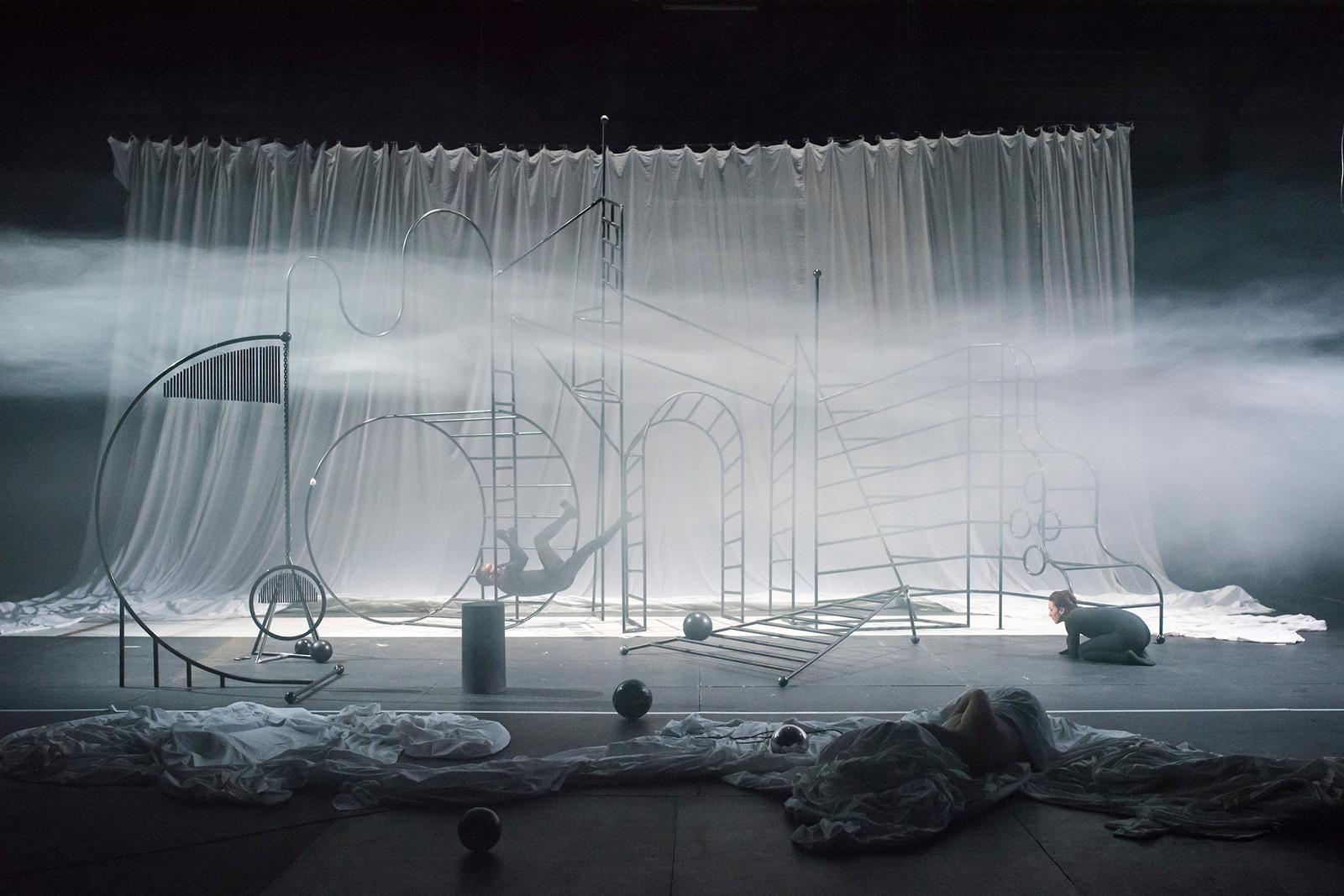 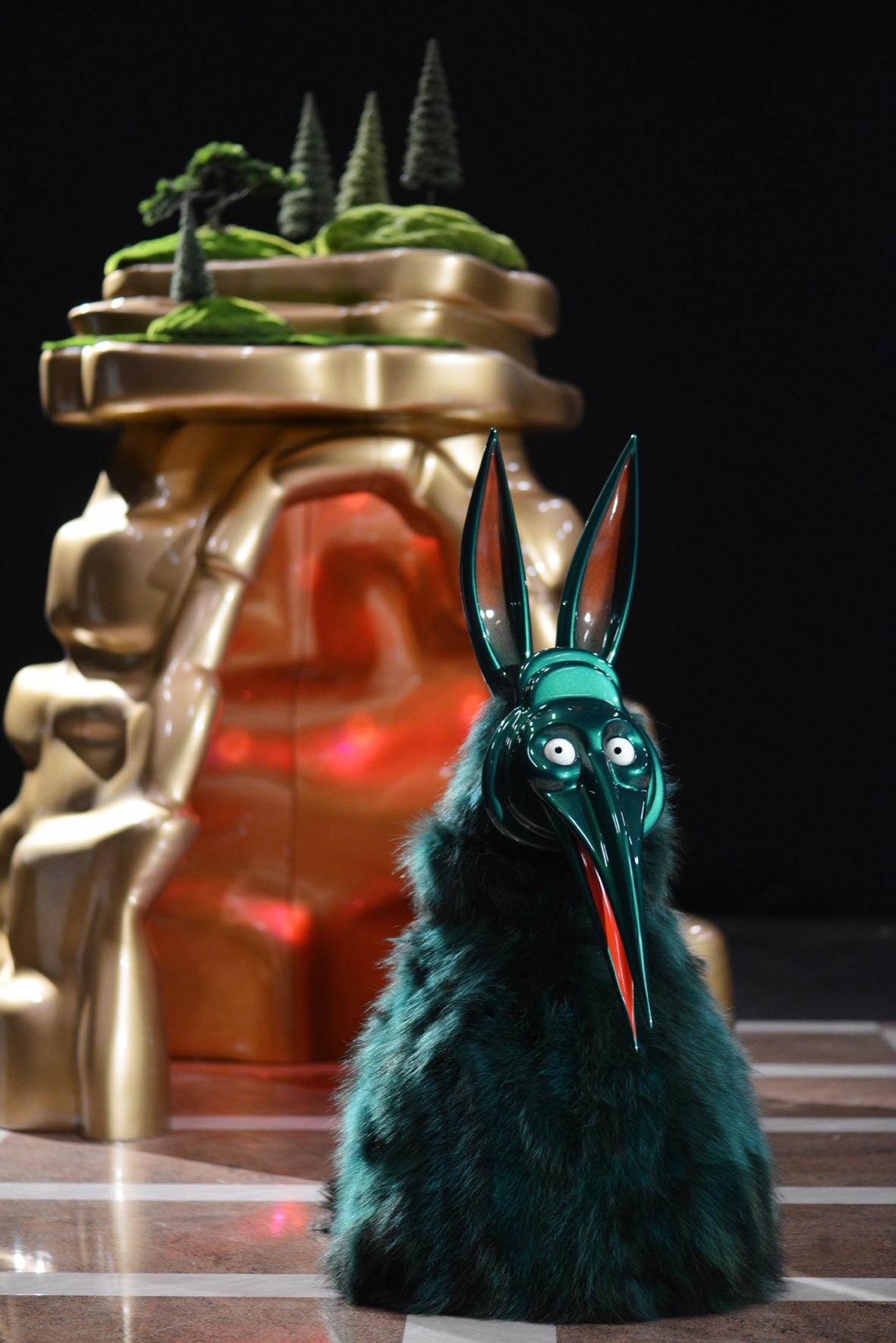 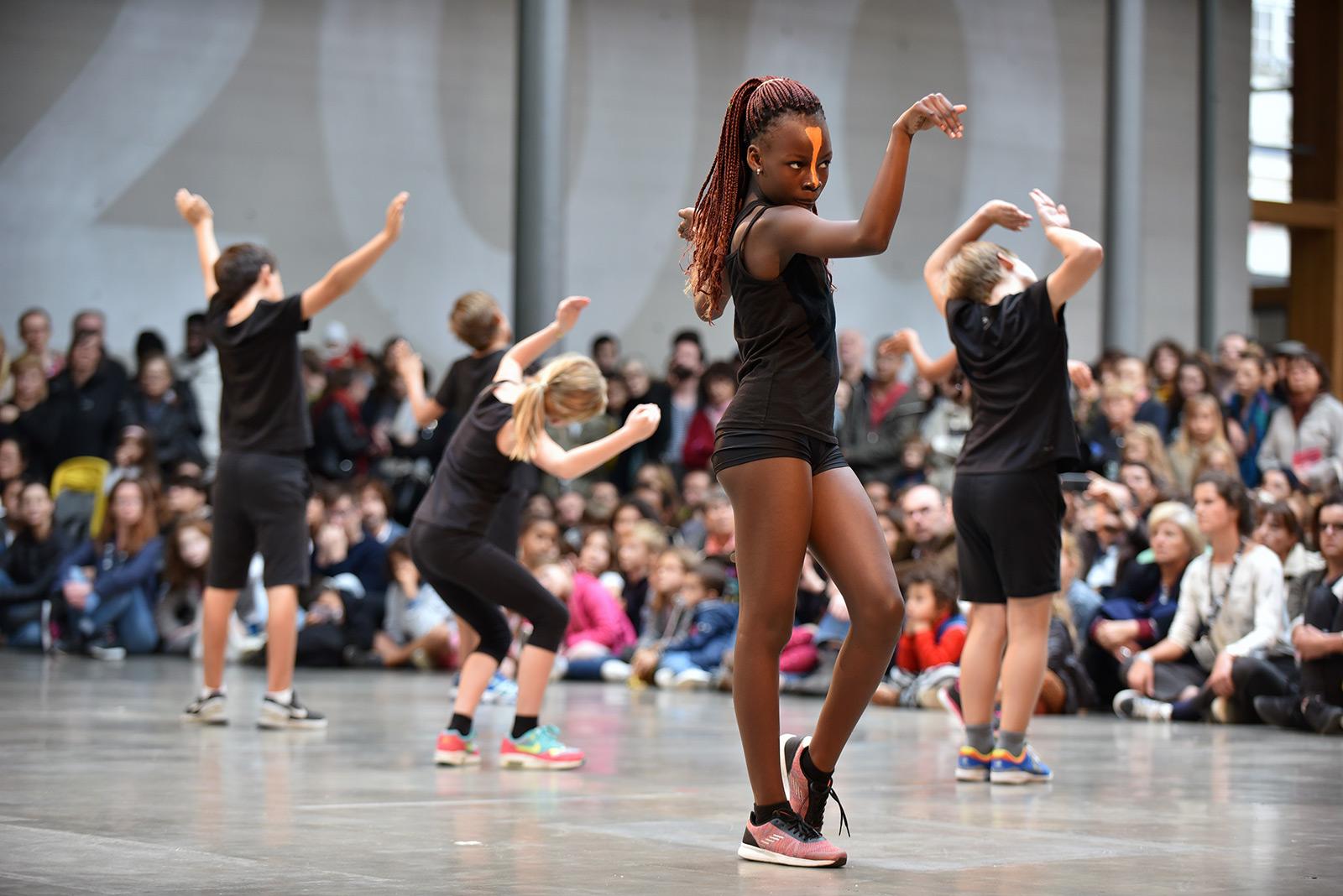 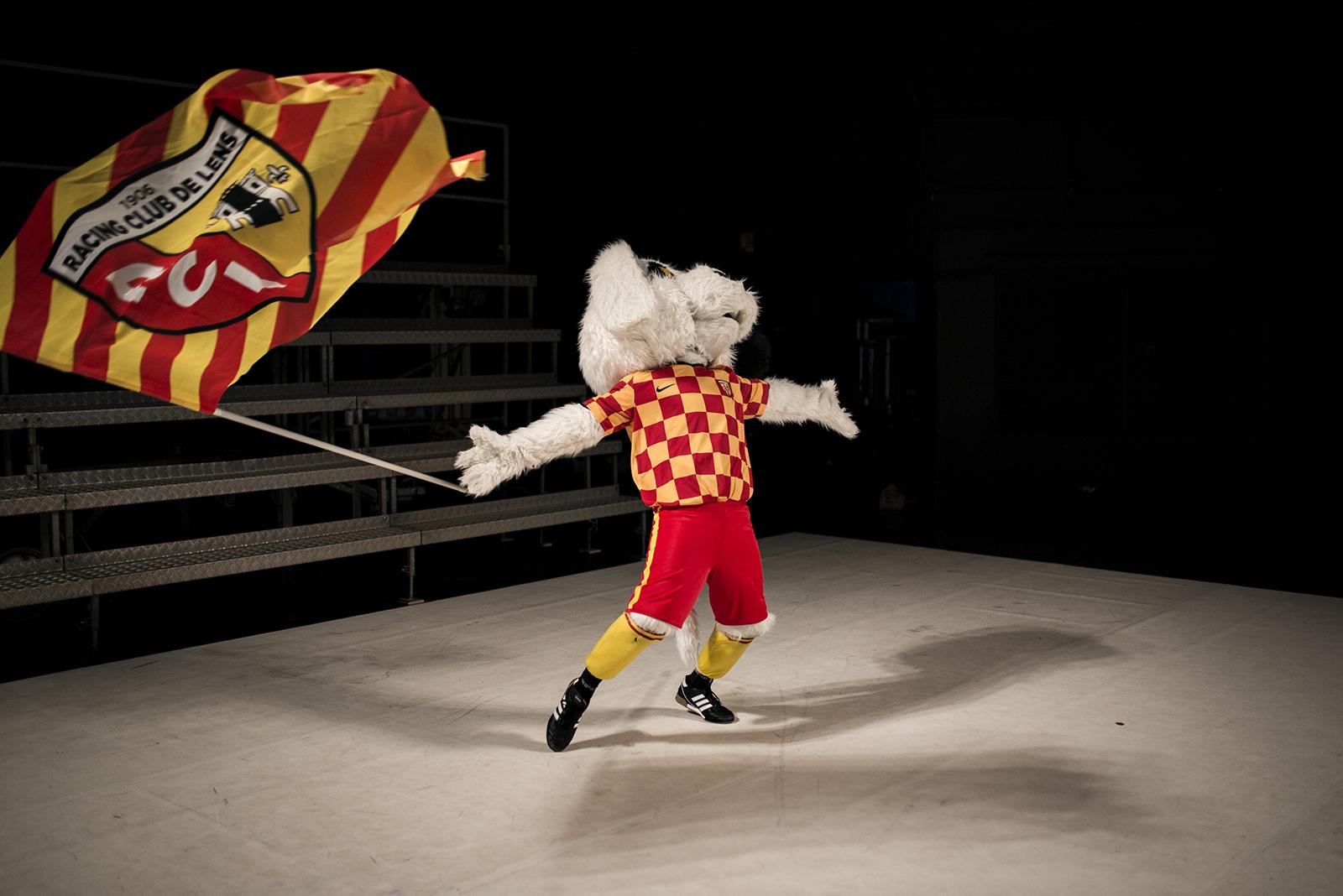 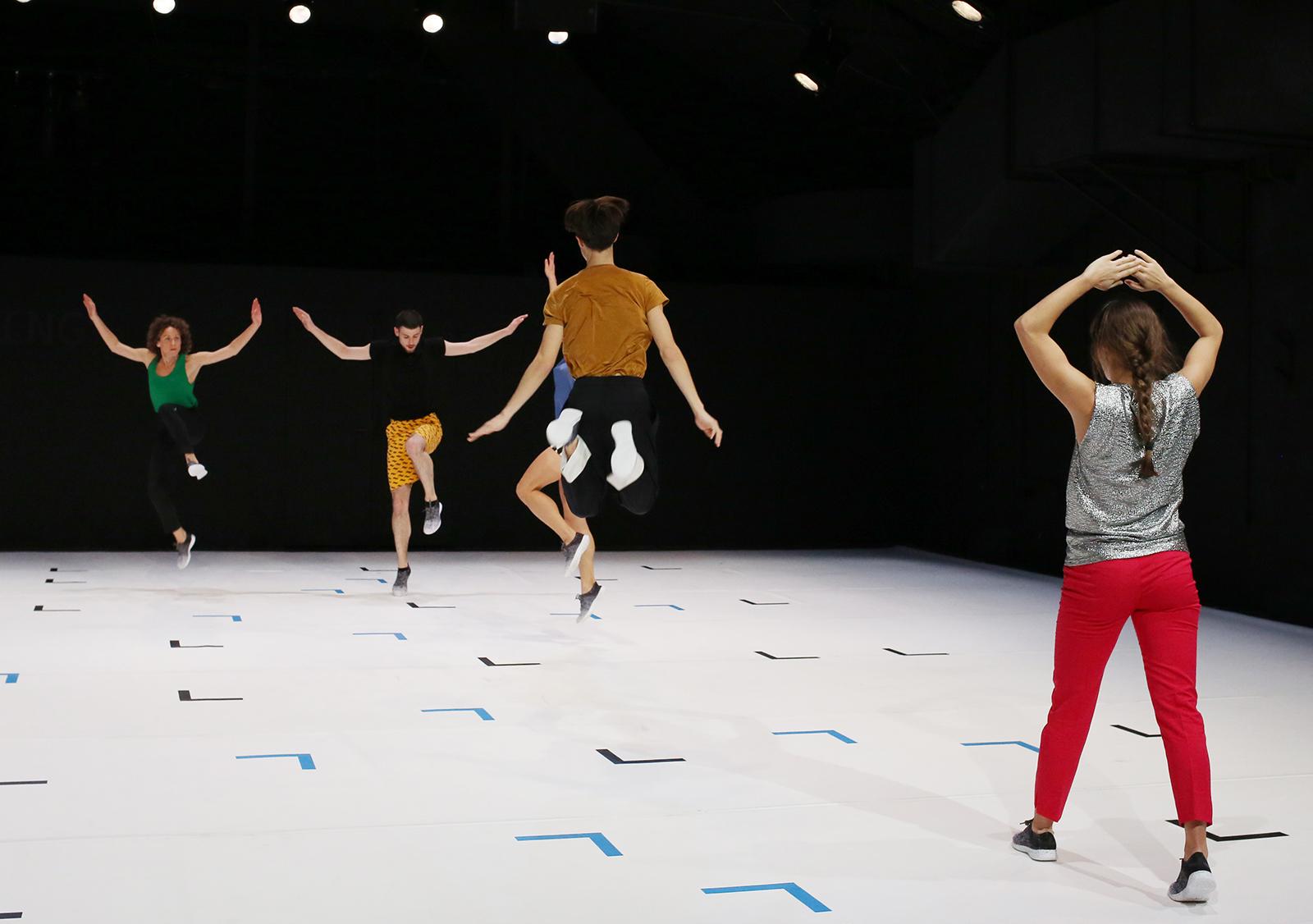 Kris Verdonck, "Conversation", 2017 © Kristof Vrancken
Pioneering by nature, New Settings 2017 presents sixteen performances that are unafraid of using their creative, multidisciplinary approaches to break with established conventions. Each work engages the audience in a unique experience, at the ever-fertile common ground where different artistic practices overlap.

Here, dozens of football fans take to the stage (Mohamed El Khatib). There, the thoughts of thousands of individuals sat in front of their computers take flight (Annie Dorsen), perhaps drifting along on solar winds (Puce Moment). Elsewhere, the scenic space melds with an unfolded map of the cortex through the medium of dance (Liz Santoro & Pierre Godard). A bailiff’s inventory of a collection of absent works of art is reeled off through a surprising and amusing piece of mime (Théo Mercier), seeming to echo an exhibition installation presented on stage (Noé Soulier). Where artist Tania Bruguera isolates spectators in a structure made up of scaffolding, a reconstitution of a key work by Alain Buffard brings them face to face with an intimate battle of another kind. Bearing witness to a family’s break up (Cyril Teste), questioning the notion of death (Kris Verdonck) or experiencing madness through dance (Boris Charmatz): are these not so many possible examples of what it can mean to be alive? At any age (Emmanuelle Huynh and Nicolas Floc’h), we might appropriate the vivid reflections of a hermit (Clédat & Petitpierre) or the metaphysical summersaults of a cosmonaut (Smith and Matthieu Barbin); we can reflect on the present through the prism of the past (Gaëlle Bourges) or through divine machinations (Euripides Laskaridis). In short, we might compose our own story amongst the thousands of possible readings offered up by the sixteen performances supported and presented in the Île-de-France as part of New Settings 2017. The same goes for the performances presented in New York thanks to a partnership with the Crossing the Line Festival (Annie Dorsen, Bouchra Ouizguen, Alessandro Sciarroni). New writing is being produced across the board, at the border between the performing and visual arts.

From the studio to the stage, the Foundation closely follows these artists as they venture into unexpected territories, looking to showcase their work to as wide a public as possible thanks to the performances organised with partner institutions. These pieces are selected both though an annual call for projects that addresses artists across the world and through on-going discussions with the programme’s various partners.

Disciplines
Performing arts
France
In 2017, New Settings brings together sixteen performances that are supported through the production stage before being presented across the Île-de-France.
Each of them features new writing, at the crossroads between the performing arts and visual arts.
The Foundation accompanies artists and supports the diffusion of their work to the broadest possible audience.