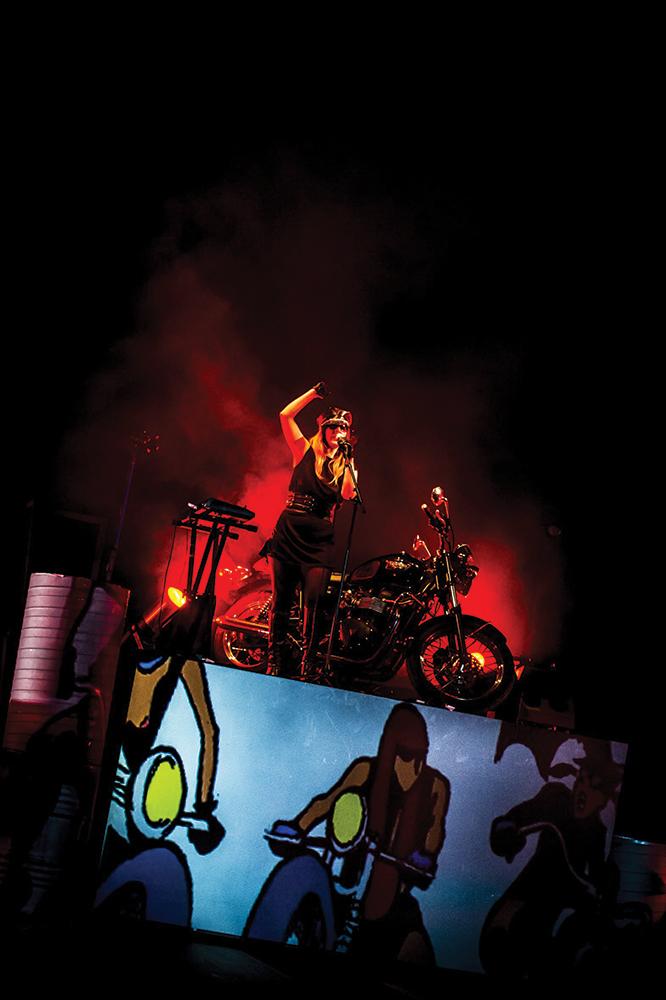 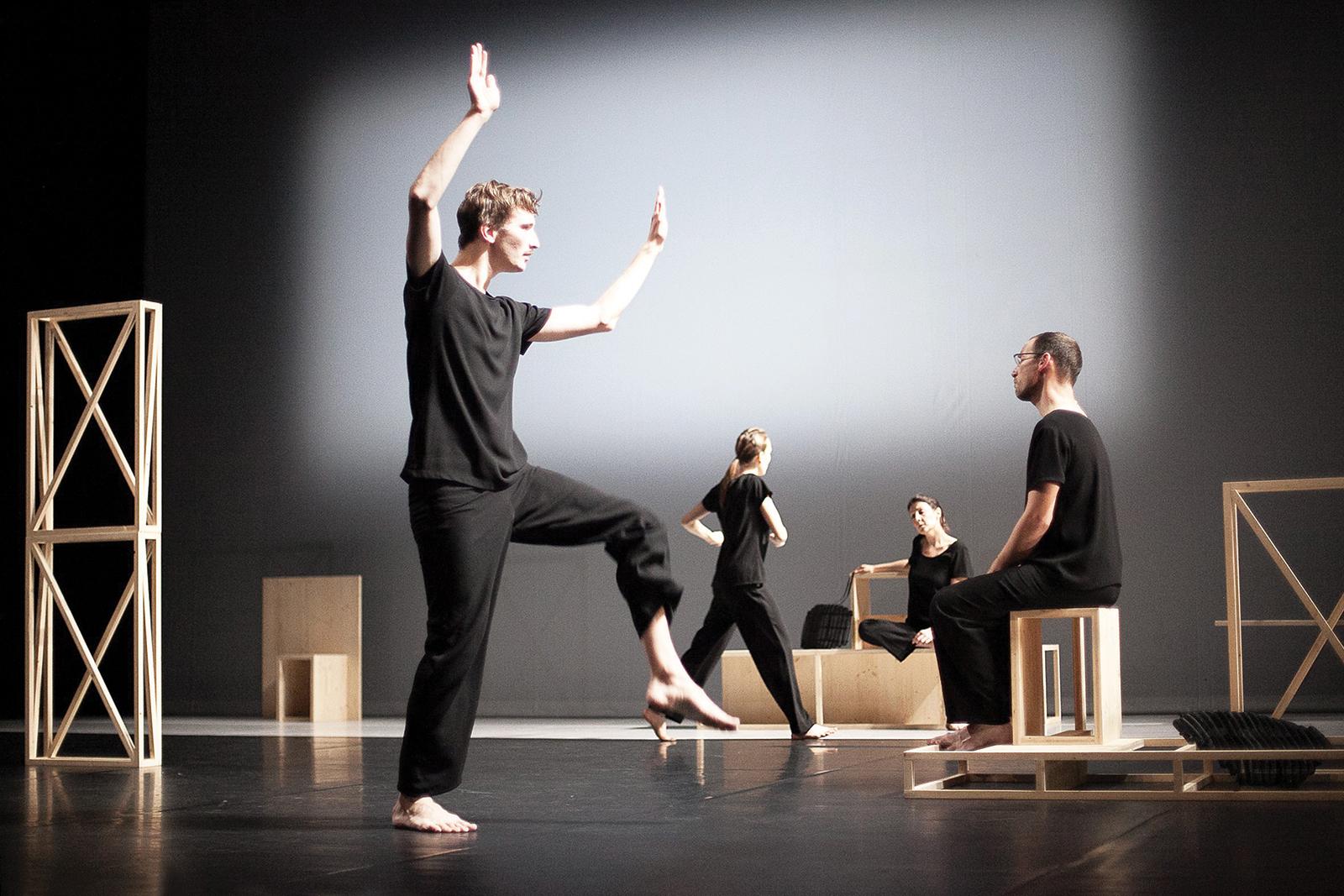 Hervé Robbe and Benjamin Graindorge, "La Tentation d’un ermitage", 2014 © Laurent Ciarabelli
In 2014, New Settings presents five pieces supported throughout the development and production stage at the Théâtre de la Cité Internationale in Paris. These works all feature crossings of one kind or another: they play on the porosity of the boundary between performing arts and visual arts as their creators experiment with original and unusual forms. For this fourth edition of New Settings, the Fondation d’entreprise Hermès also supports the presentation of one of the pieces in New York.

Since its creation in 2011, New Settings has supported artists who explore the relationships between visual and performing arts. From designers, illustrators, sculptors, videographers to dancers, choreographers, musicians and actors, all the selected artists share a desire to blend different skills and disciplines. Visual artists become narrators, performers become artisans, and everyday gestures take on new significance as they unfold in the shared spaces of creation.

Sculptor Vincent Beaurin was enchanted by the discovery of the Cupola of the Cité Internationale. Fascinated by the vast volume it offered in contrast to gallery spaces, the artist was inspired to create his first performance piece, Al Hamrâ. It takes the form of a sculpture animated by an interplay of lighting and by the percussion of Justin Godfrey, a young Caribbean musician whose work Beaurin discovered online.

La Tentation d’un ermitage is a “choreographic, plastic and musical object” that offers a hypnotic meditation on isolation and our relationship to the world. Three dancers and three singers take to the stage, forming a tribe animated by ancient gestures and futuristic rites that voices a score created by Romain Kronenberg. Choreographer Hervé Robbe invited young designer Benjamin Graindorge to contribute to this unsettling hermitage at the crossroads of the arts.

In the foyer of the Théâtre de la Cité Internationale, a coral-like sculpture shelters a tentacular creature… This year, New Settings includes a mysterious installation that is brought to life by a performance before each show. The work of artist duo Clédat & Petitpierre, who explore the body through sculpture, and of dancer and choreographer Sylvain Prunenec, Abysse offers a fusional encounter between dance and object, embodying the embrace of two artistic languages.

Inspired by a photograph of Nellie Bly, an intrepid pioneer of undercover reporting, artist Jessica Mitrani creates a multimedia performance around femininity and its metamorphoses. Both live and on a screen, single and multiple, actress and Pedro Almodóvar muse Rossy de Palma takes us on a scenic journey in the role of the young photojournalist. After a run at the Théâtre de la Cité Internationale, Traveling Lady is also presented in New York with the support of the Fondation d’entreprise Hermès, as part of the Crossing the Line festival created by FIAF (French Institute Alliance Française).

Disciplines
Performing arts
France
In 2014, New Settings presents five pieces supported throughout the production stage at the Théâtre de la Cité Internationale in Paris.
Selected following an international call for projects, these works play on the porosity of the boundary between performing arts and visual arts.
One of these works will also be presented in New York as part of the Crossing the Line festival.