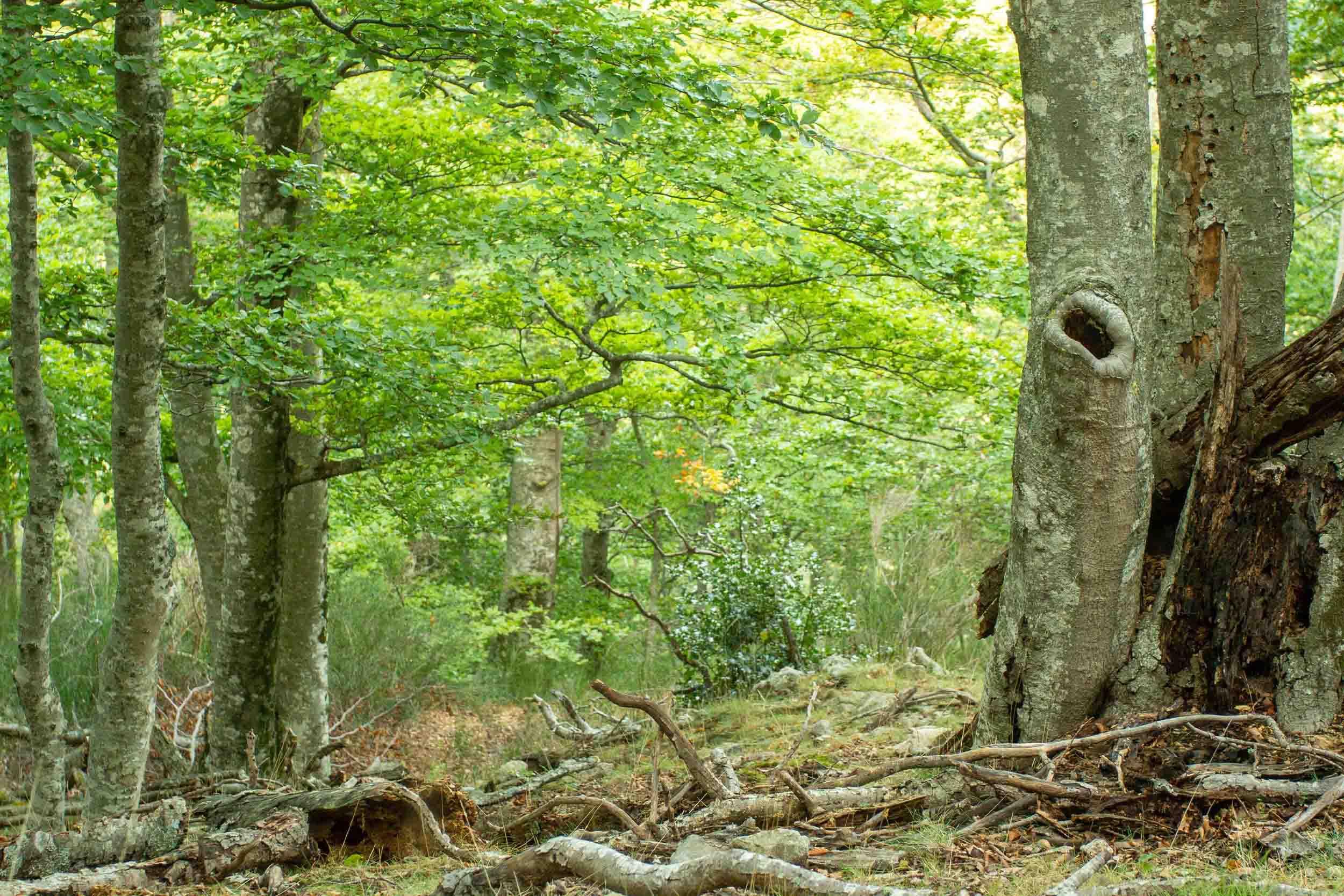 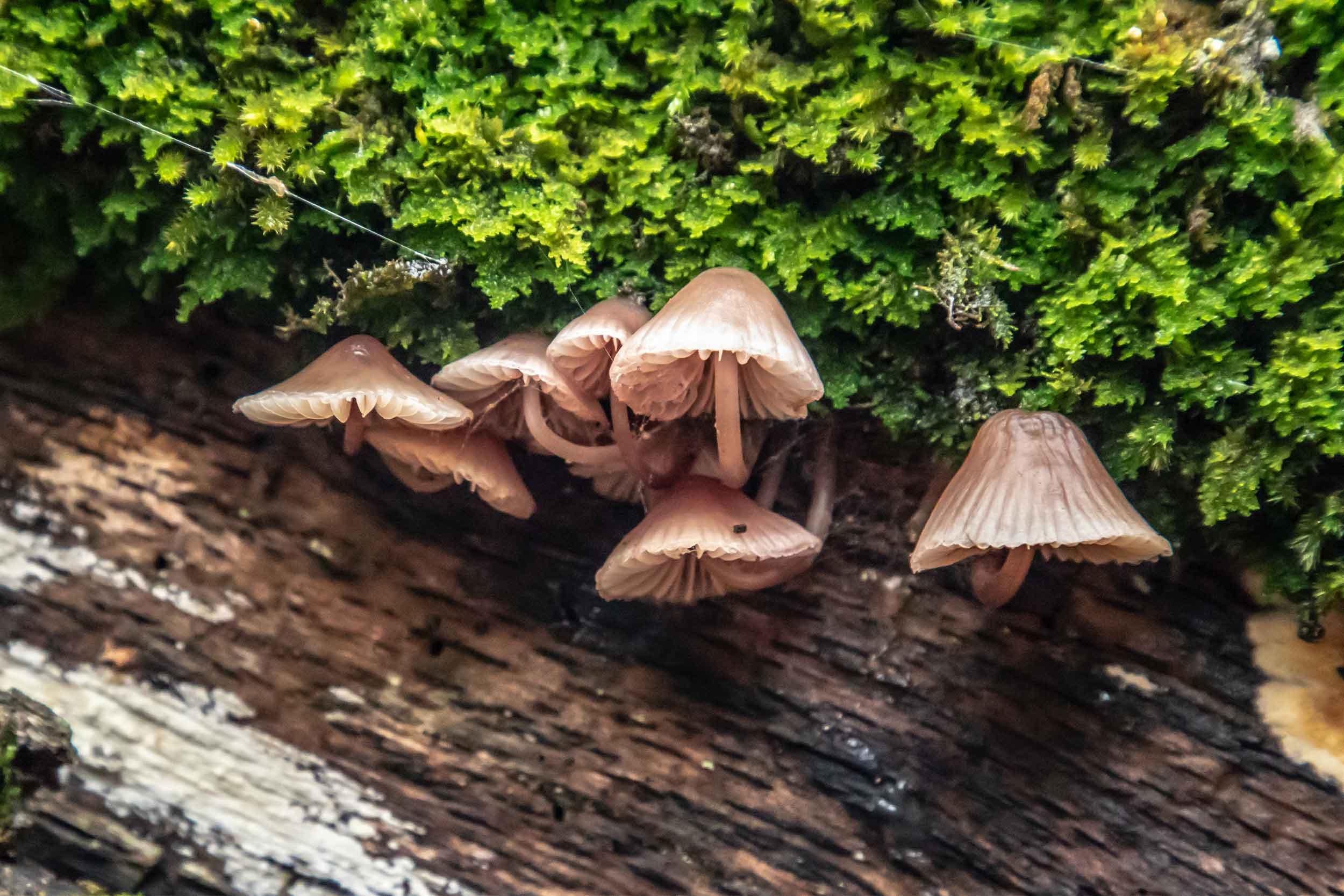 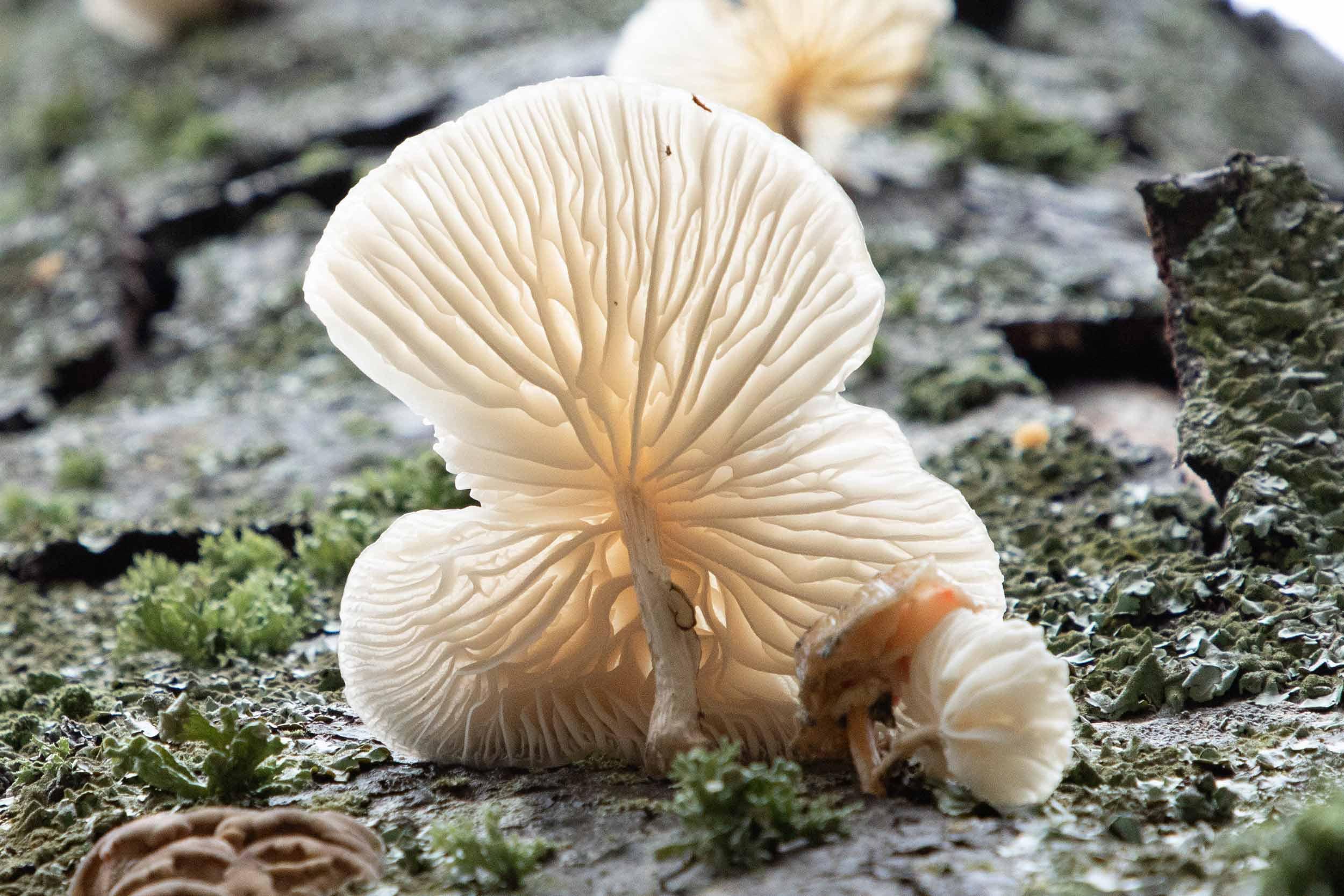 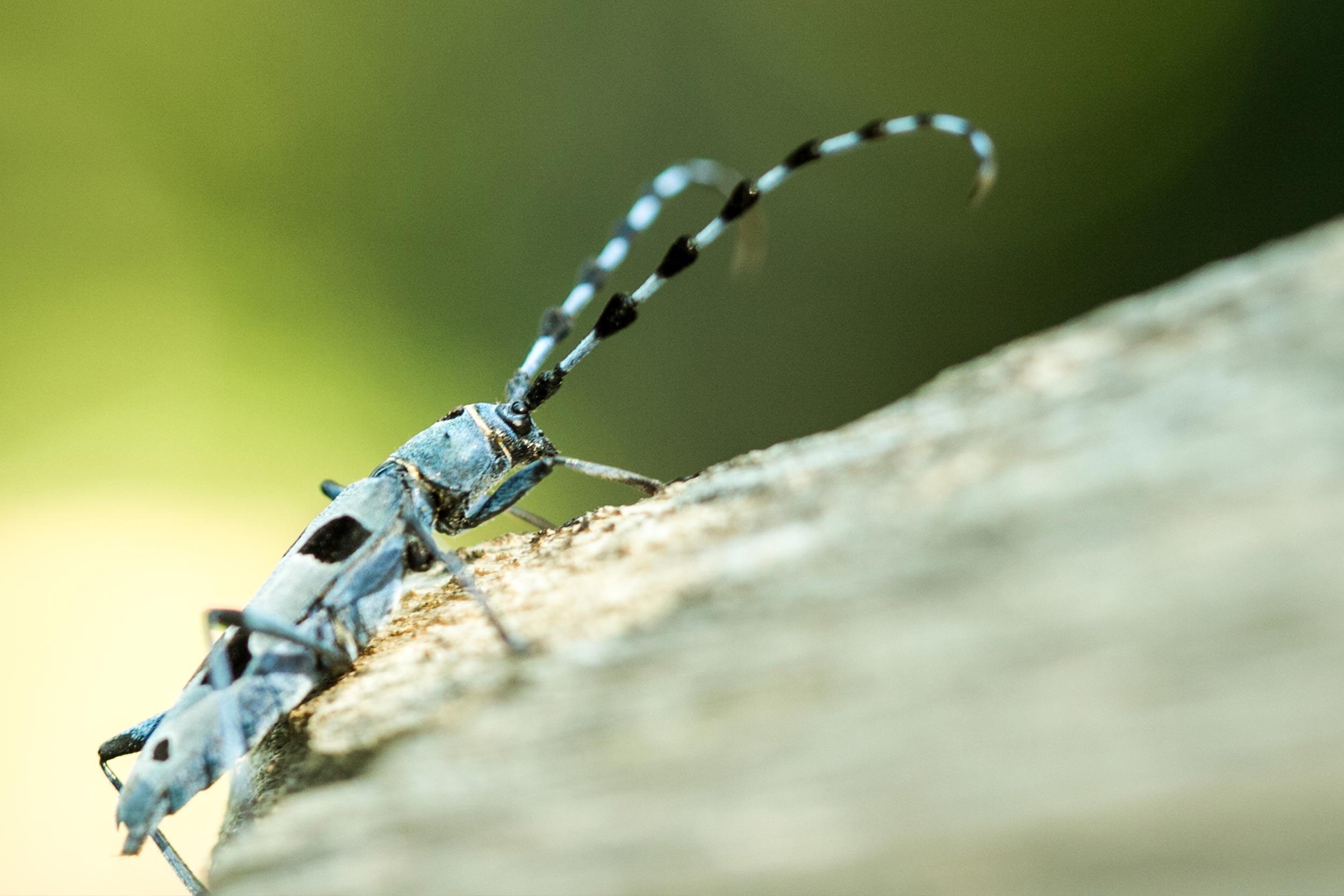 The Forêt de la Massane National Nature Reserve © RNN Massane
Since summer 2021, the beech forest of the Forêt de la Massane National Nature Reserve has been listed as a Unesco World Heritage Site. This distinction comes in recognition of the exceptional age and level of “naturalness” of this environment, where the forest has grown largely untouched for some 150 years. As part of its Biodiversity & Ecosystems programme, the Fondation d’entreprise Hermès supports the Fédération des Réserves Naturelles Catalanes, an organisation that works to preserve this exceptionally biodiverse site for future generations.

Situated in the Pyrénées-Orientales department, a geographical crossroads between Pyrenean and Mediterranean climates, the Forêt de la Massane National Nature Reserve is not only a richly biodiverse area but also an important site for both national and international environmental research. Amongst its 336 hectares are over 120 hectares of pure beech trees that have been untouched for at least 150 years, while more than 8,200 different species have been identified in the reserve.

Surrounded by further unharvested woodlands, the beech trees of the Massane constitute an island of continental forest amongst the surrounding Mediterranean vegetation. Several hundred large-diameter trees have been identified as more than 300 years old, in an illustration of the maturity of this site, which has remained intact despite land clearances dating back to the Neolithic period. A living testimony to the enduring resilience of the beech tree over the past 6,000 years, this forest has in recent years become a bellwether for climate change in the Mesomediterranean mountain climate.

A major site for the conservation of biodiversity and a world-renowned zoological research station, since the 1950s the Massane reserve has been recognised by the scientific community as an open-air laboratory that affords a better understanding of the functioning of freely evolving forest ecosystems – all the more so in a context of increasing global climate change. These unique qualities have led to the reserve’s classification as a Unesco World Heritage Site, joining the ‘Primary and Ancient and Primeval Beech Forests of the Carpathians and Other Regions of Europe’ list. Backed by the French state, this mark of international recognition attests to the field-leading research and forest management work carried out at the reserve since its creation in 1973.

The Fondation d'entreprise Hermès has been closely engaged in environmental preservation since its founding, and as part of its Biodiversity & Ecosystems programme has lent its support to this remarkable site, untouched over the past century and a half and home to a woodland ecosystem stretching back several millennia.

Disciplines
Biodiversity
France
Freely evolving for the past 150 years, the Forêt de la Massane National Nature Reserve is a major site of biodiversity and conservation research in France.
Since summer 2021, the beech forest of this reserve has been listed as a Unesco World Heritage Site.
An open-air laboratory, this reserve affords a better understanding of the functioning of freely evolving forest ecosystems.